Whilst deciding what to post about, I was in a real rut and couldn't decide what I wanted to do seeing as I have literally just started with the nail art brushes so I wanted to do some more practise before posting again and was unsure to post about the other China Glaze polishes I am currently testing. Then it hit me that I'd taken some photographs of a polish that I tried the other day and loved... 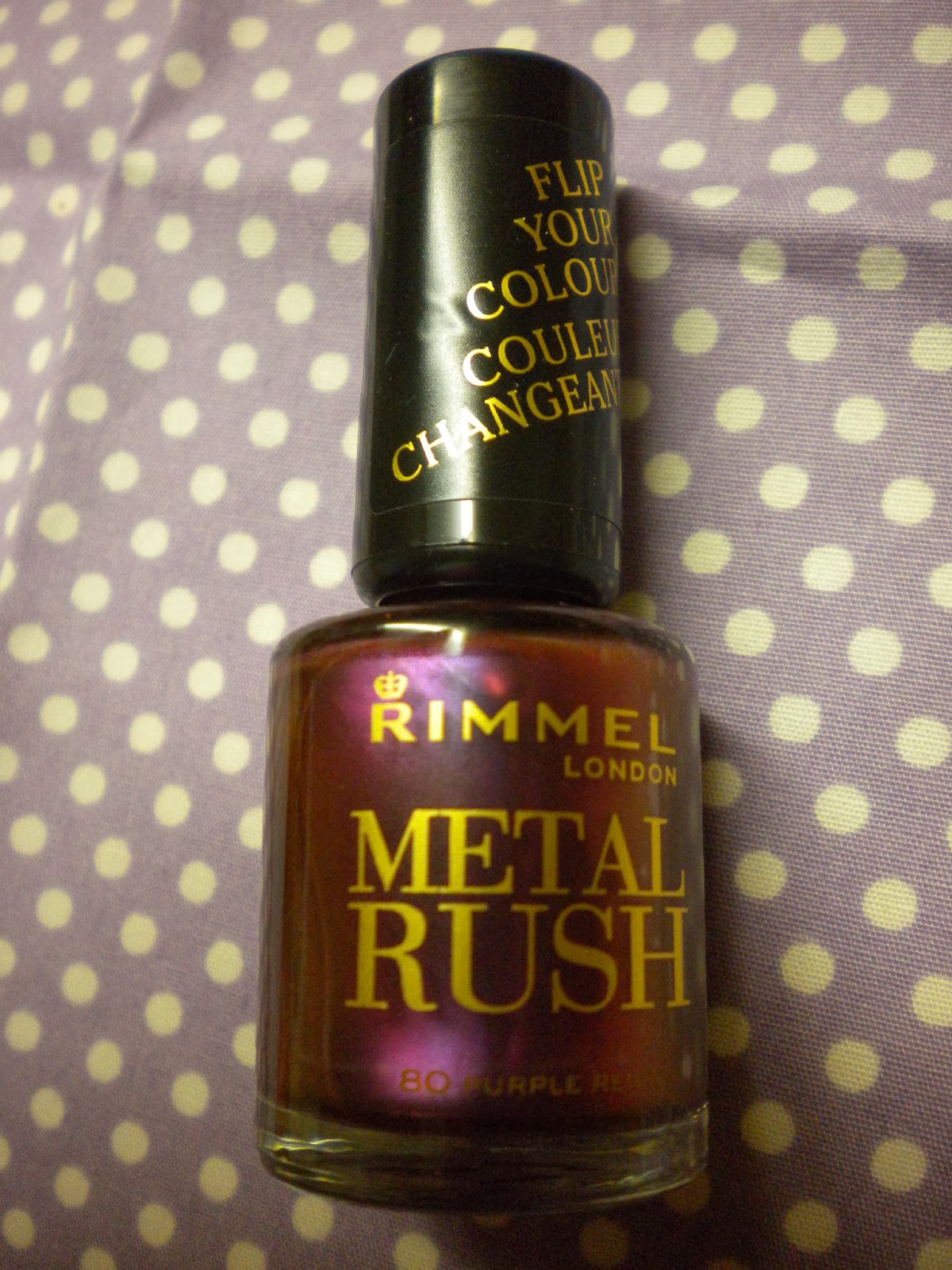 Now I know I have all rated and loved the Revlon Chroma Colour nail polishes however this one has a waaaaaaay better duotone I promise you! When purchasing 80 Purple Reign by Rimmel, I was a tad unsure as to whether it would live up to the packaging, stating that you can "flip your colour". This I don't believe it has done but the major up side is that it's a brilliant purple colour with added addition of the duotone orange/red-ish, that does shine brilliantly in most lighting. 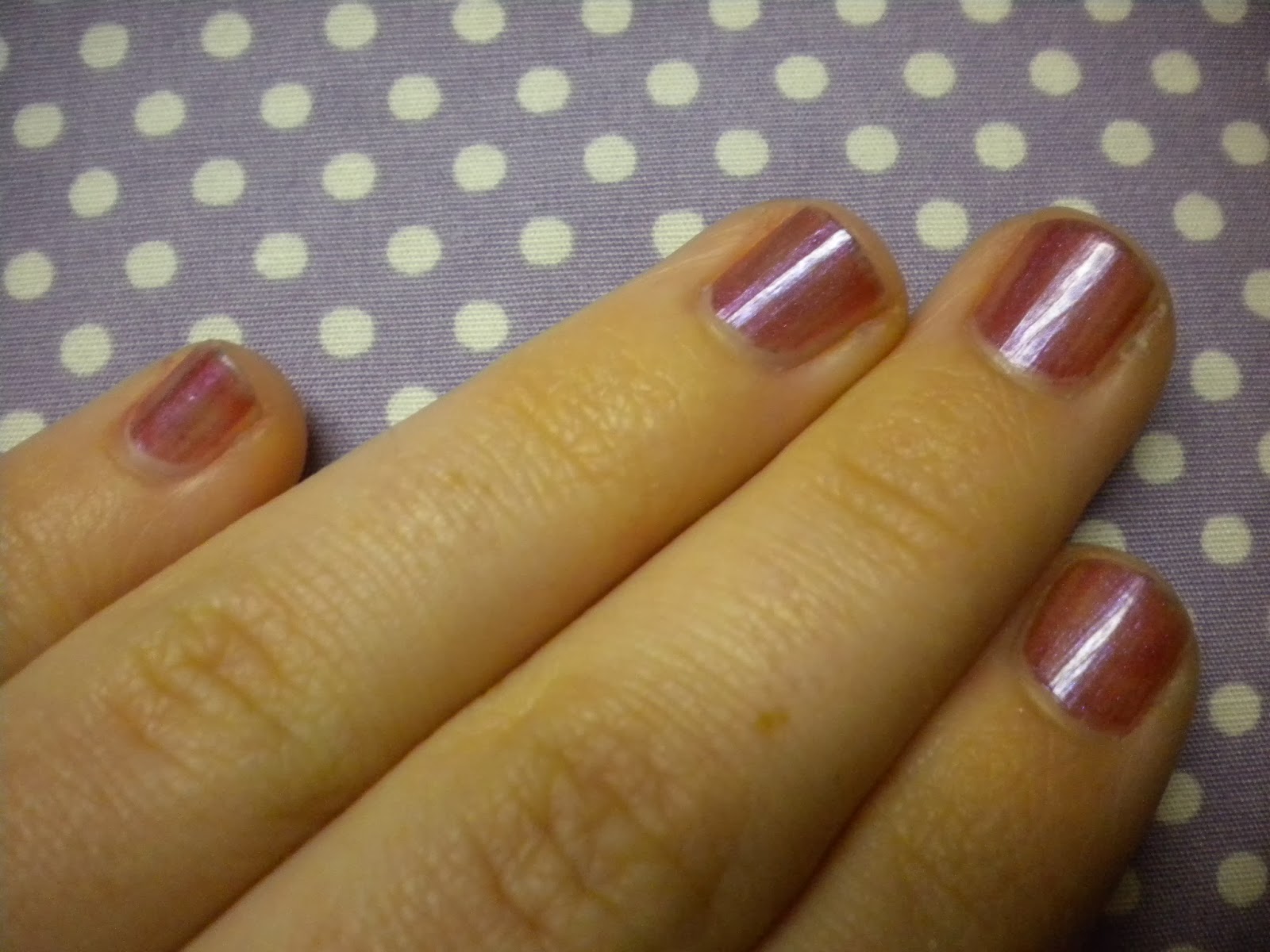 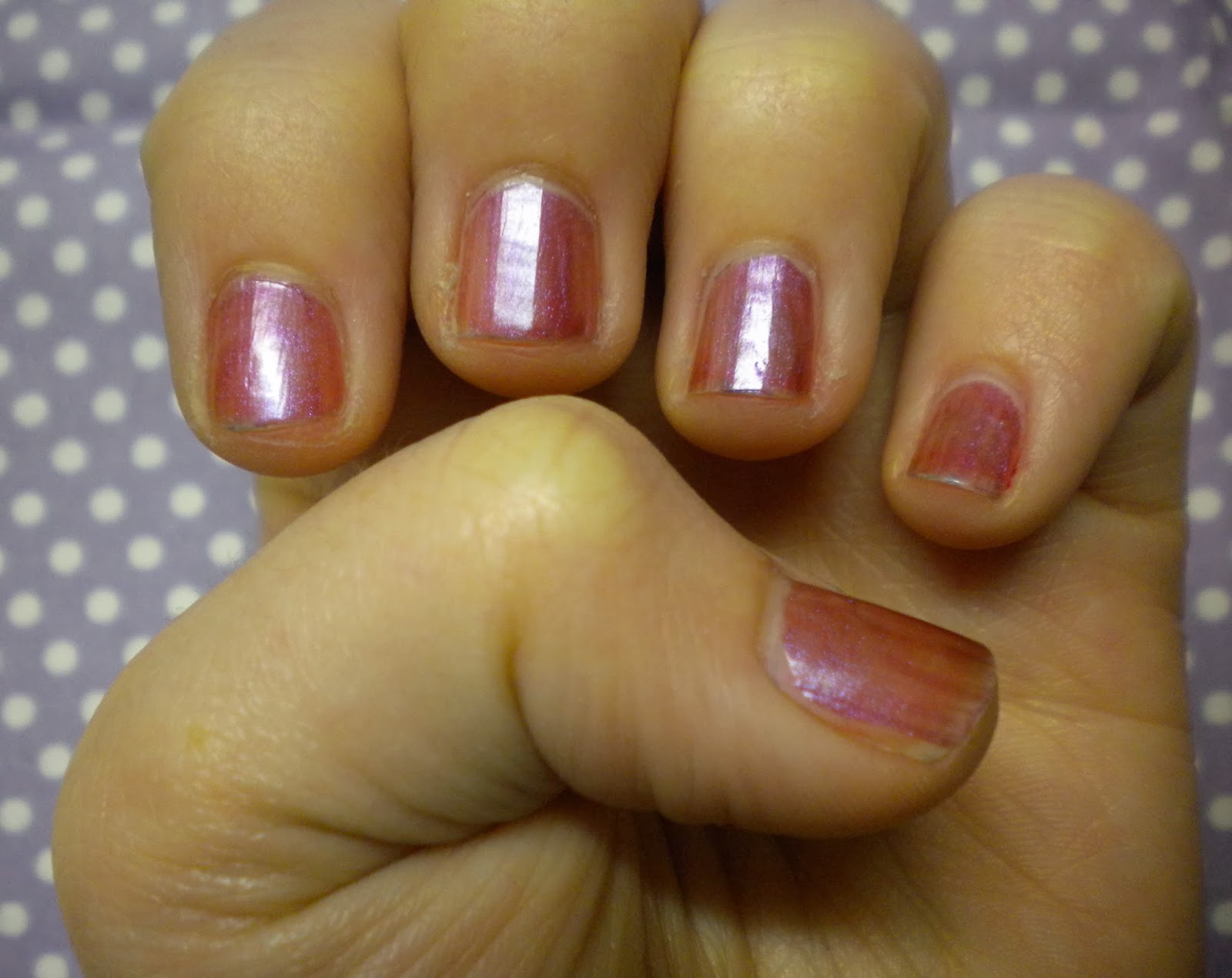 When applying the first layer, the colour and effect it has doesn't appear to be that brilliant seeing as it appears to be a mixture of colours which don't relate or stand out. It improves though when more layers are added! 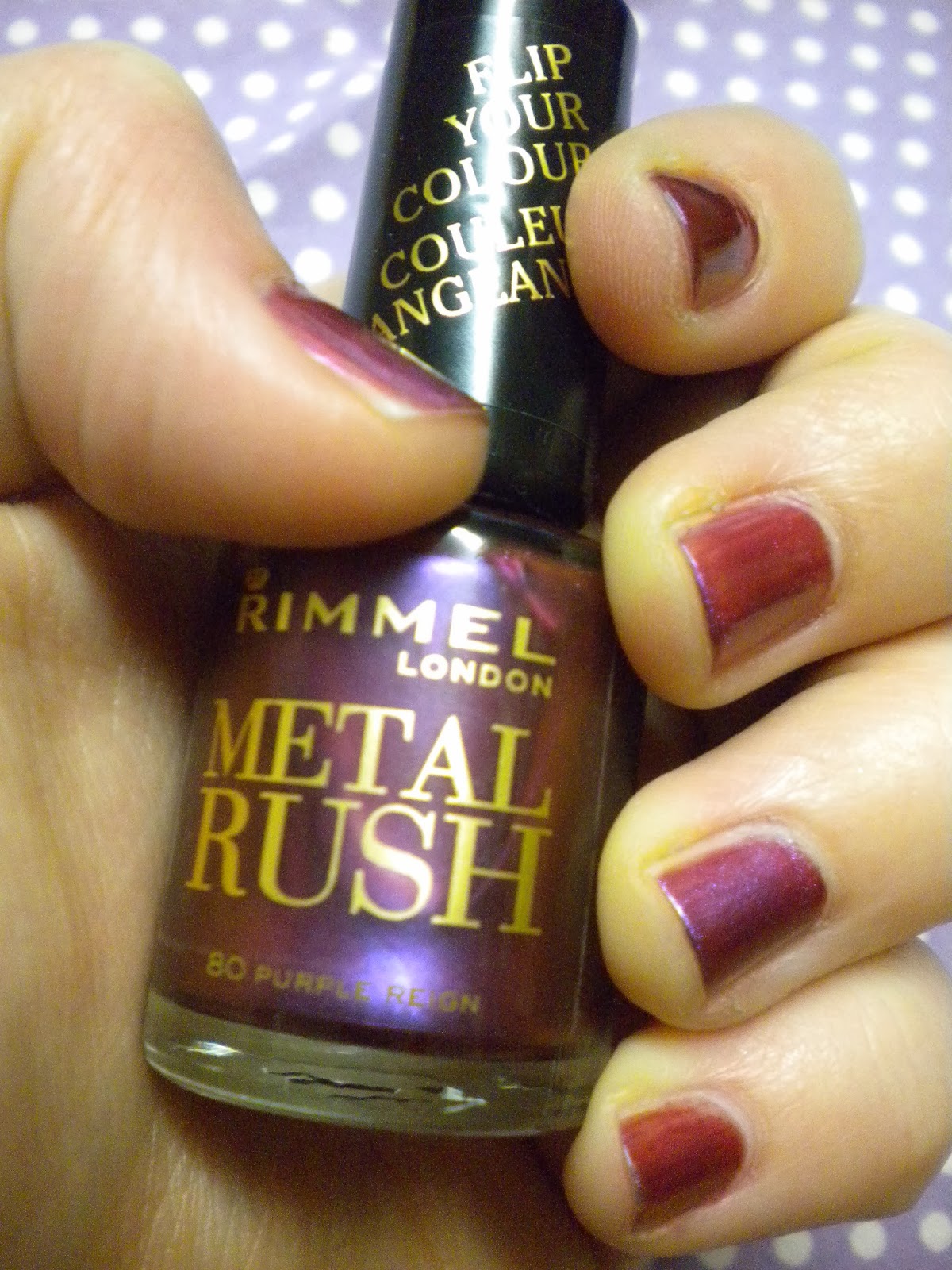 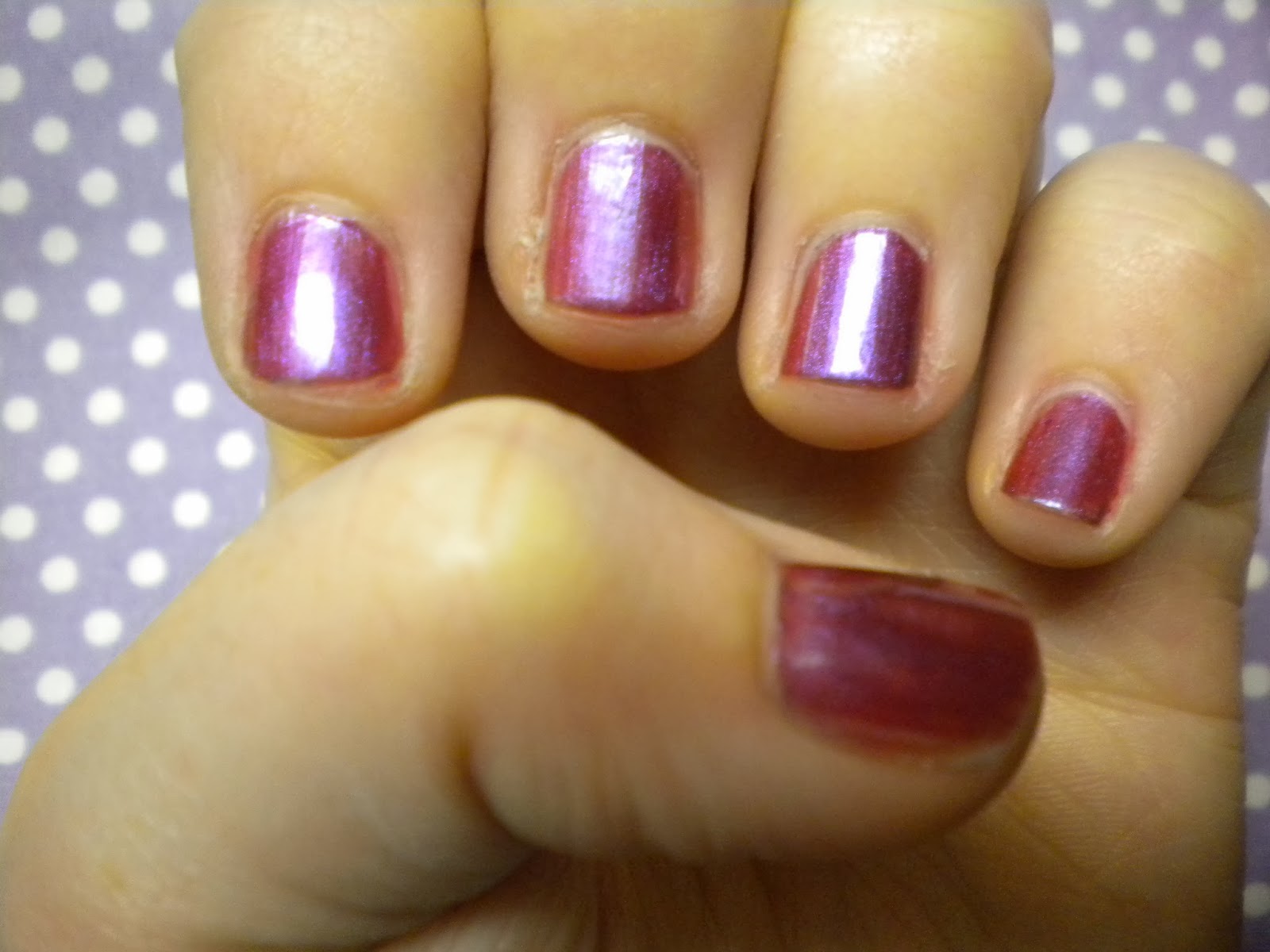 See the colours are coming through a lot better with another layer as they are more opaque and you can see less nail at this point... Additionally the metal shine is starting to appear with the next layer whereas with only one layer it just appeared to be really shiny. Now normally the application of a third layer is missed on myself, seeing as it's too much effort but this time it did happen. 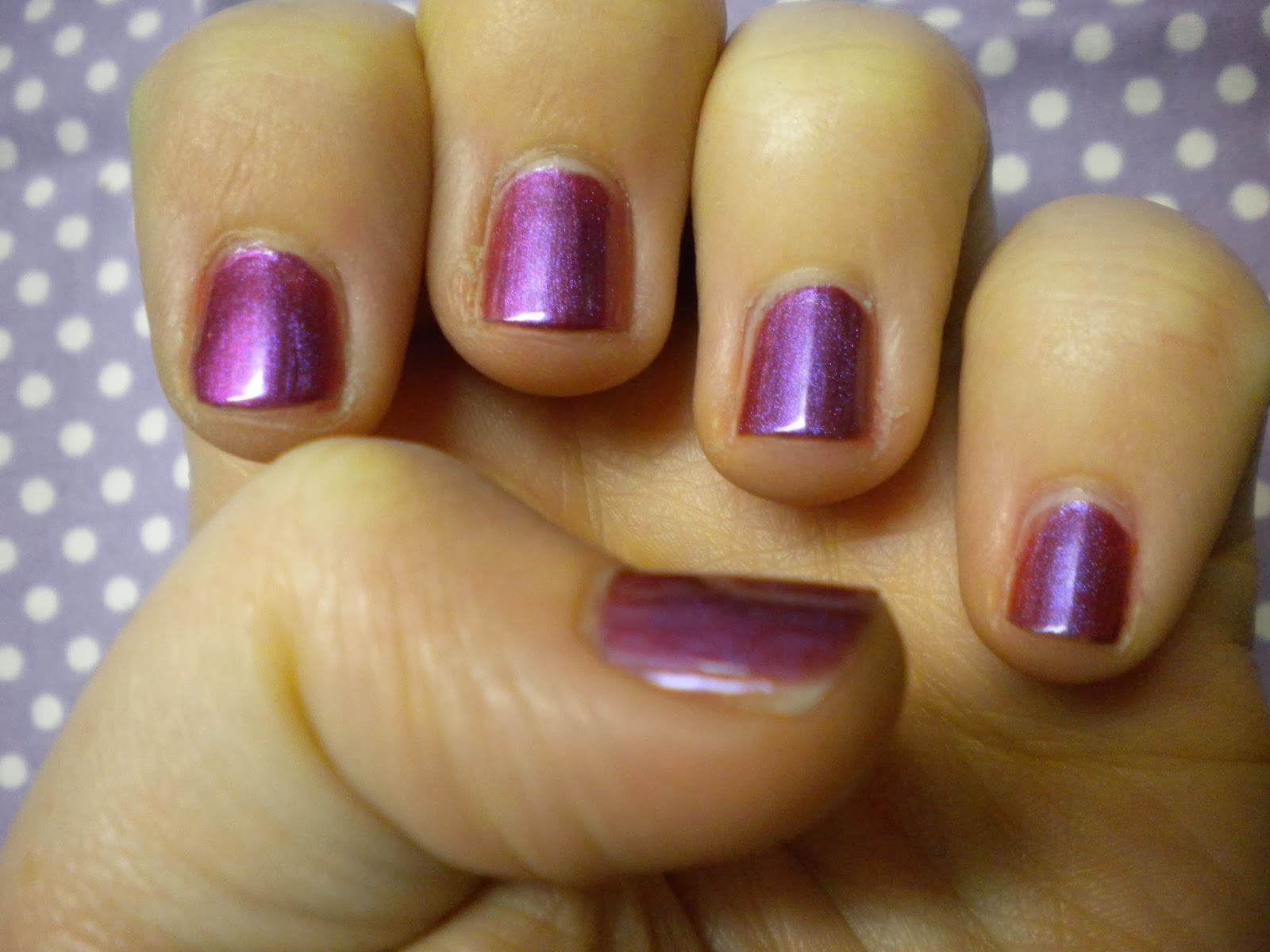 Worth the effort of applying a third layer seeing as the colours are now at their best! Duotone effect really can be seen at this point, sadly I don't think the photograph can really show this seeing as you need to catch the light? Sorry about that, hopefully you can trust me enough, I am not lying I promise. As for the application, the solution of the nail polish is normal - not gloopy or runny at all, the brush is an attempt at a wide brush but doesn't really come under wide, I'd say it's a medium sized brush. Other than that the only thing that needs mentioning is the size of the bottle as it's not regular size, it's smaller as it contains 8ml which is a con if it's the same price or more expensive than regular bottles. So I'd shop around for it if I were you, I did purchase this particular nail polish at a £1 shop (Sorry.) Overall I'd say if you are metal or duotone lover this nail polish is for you or if your into cool nail polish effects which I am then grab yourself a bottle! ﻿
﻿
﻿
﻿
Posted by Gracithey at 02:28