Oops I did it again! 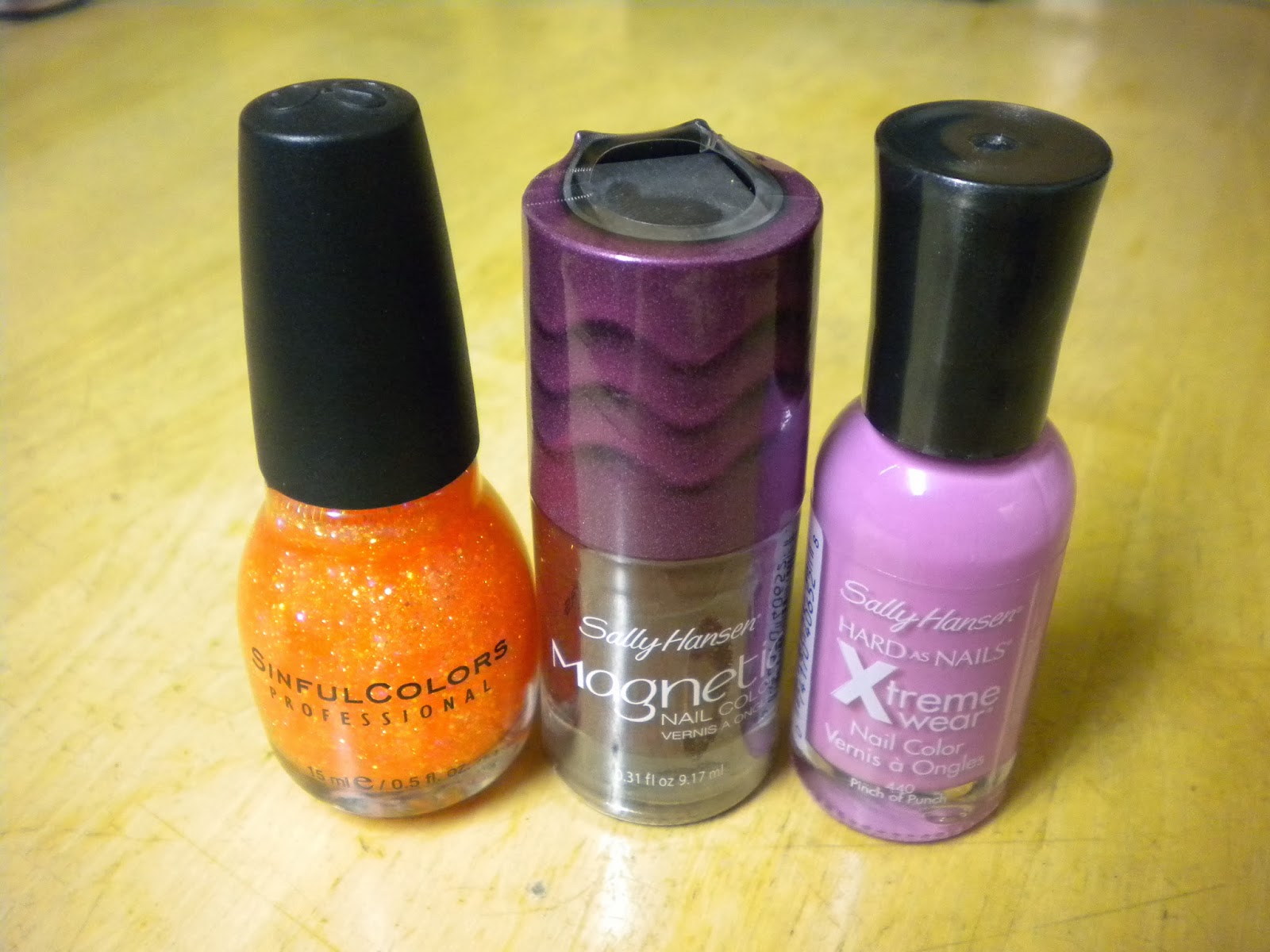 The reason for them being only a £1 is that they are outdated seasonal colours or that the collection has been discontinued therefore these are going to be harder to find if they need replacing. These three nail polishes which were purchased are UFO by Sinful Colors which looks amazing it's bright orange glitter in many different sizes so I am buzzing to try that out! Next is yet another magnetic nail polish - I am obsessed at the moment called Red-y Response by Sally Hansen. It is the same pattern as Silver Elements which is already in the collection but the colour is fab and much red-er in colour than in the photograph. The final nail polish is another Sally Hansen which is 440 Pinch of Punch in the Xtreme Wear collection which I also love at the moment.
Now the next items I only realised they were there when a member of staff said that they were reduced to 25p each (I have yet to work out the reason why... I'll tell you if I find out.) but they just needed to be tried on the blog at that price! 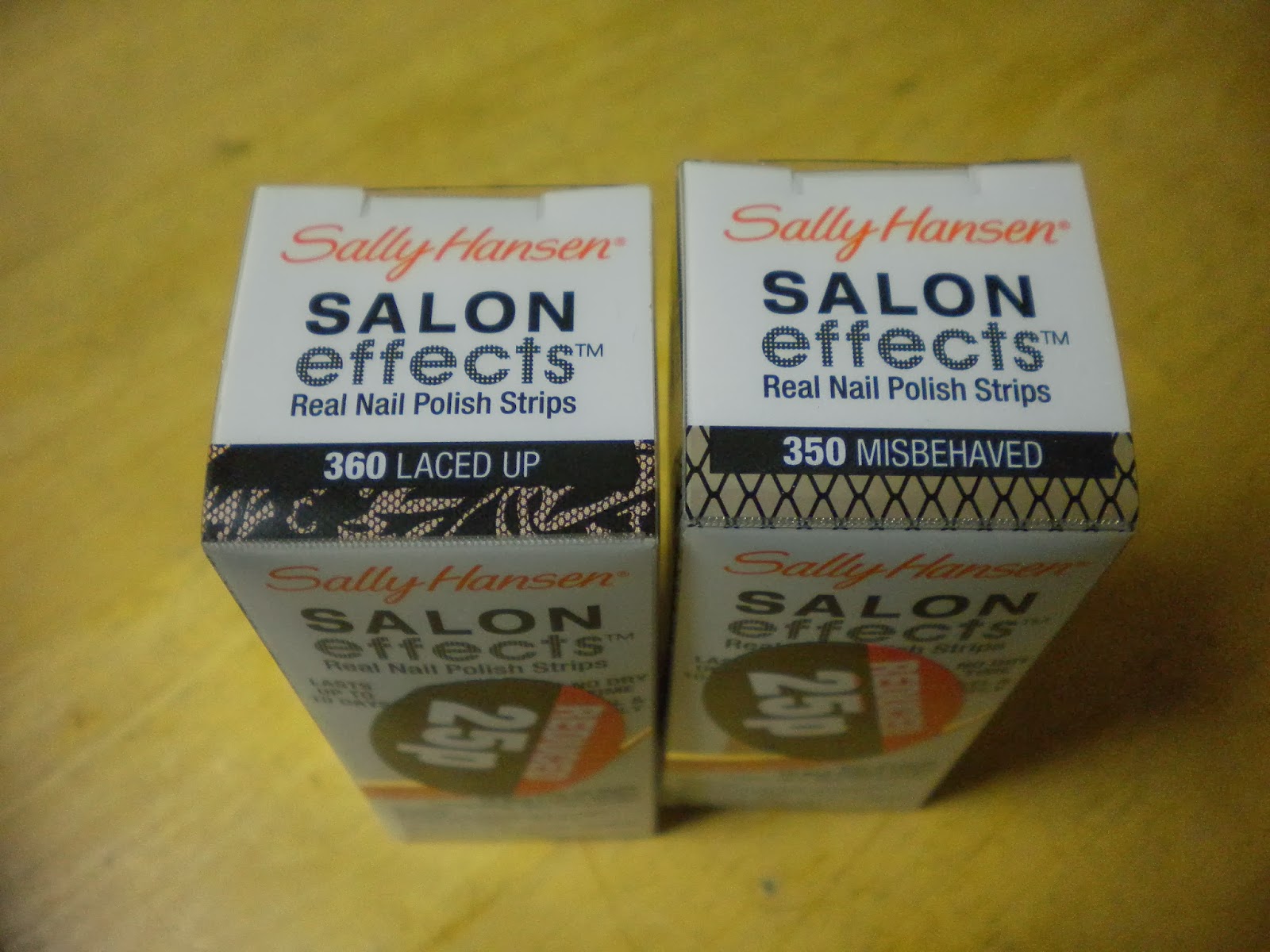 They are Sally Hansen nail effects which are going to be amazing especially 360 All Laced Up to try out, the only downside I can see already is that they are for larger fingernails which I don't have so they are going to have to be downsize in some way. Any tips or tricks? Anyway for 25p each I think it's worth a shot and all of it will be shown on this little blog. I'll be back later on with the reviews and swatches, I just had to show someone the little splurge!﻿