I have to confess that this is another nail polish that was purchase and never used or tested on my nails until now... And I am saddened that I haven't seeing as testing it today was a complete success as the outside of the bottle doesn't do it justice seeing as it's a bit murky after accidentally breaking one of the nail polish bottles in the nail polish tin. The contents inside the bottle look a lot better on the nails! 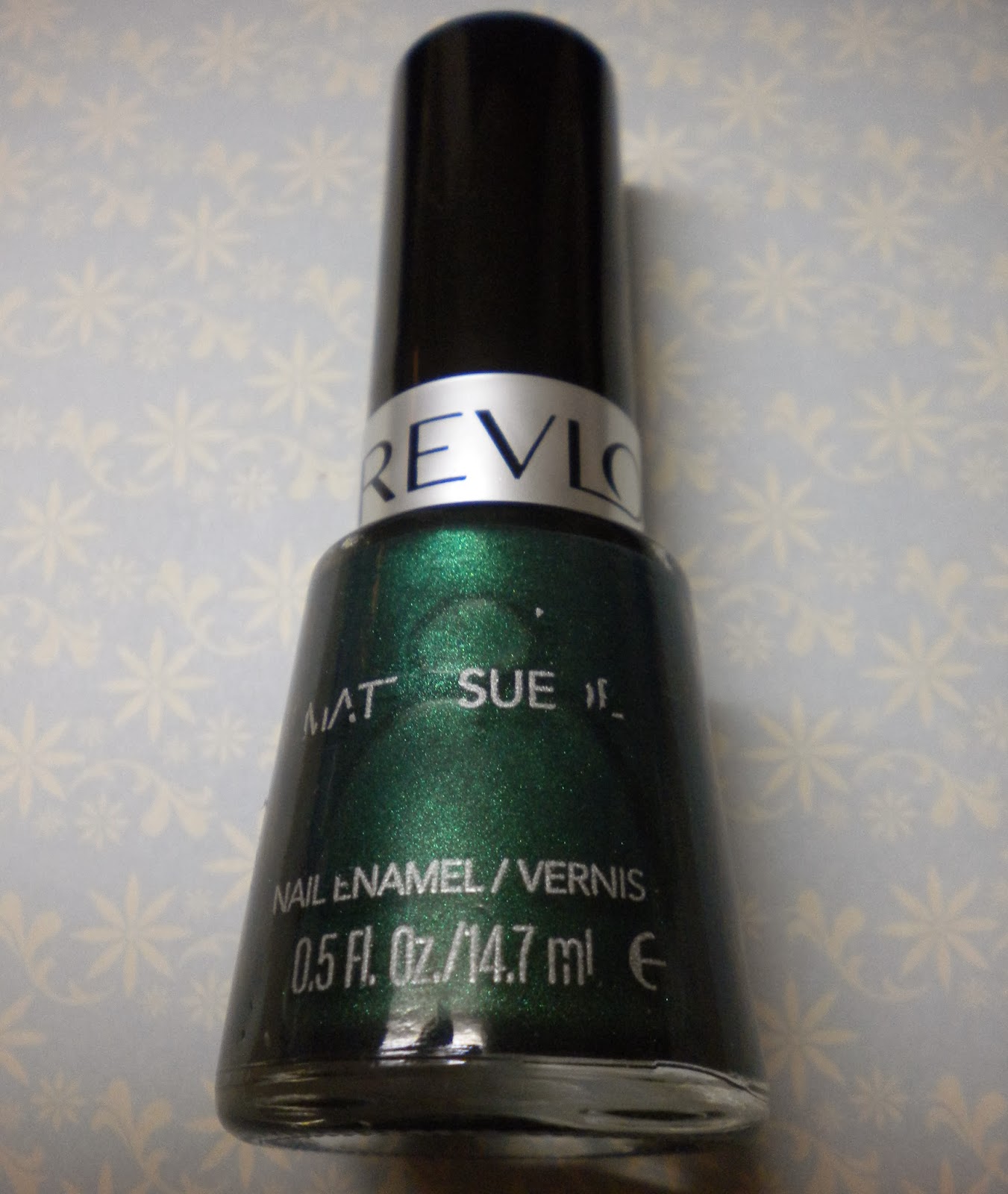 It's called 933 Emerald City by good old Revlon and it was another nail polish that was purchased from a £1 shop which is the reason why the lettering has disappeared as it's damaged therefore has been sold onto the £1 shops. Hopefully it's still wildly available as it's lush. Here's the evidence to prove it, in form of the first layer: 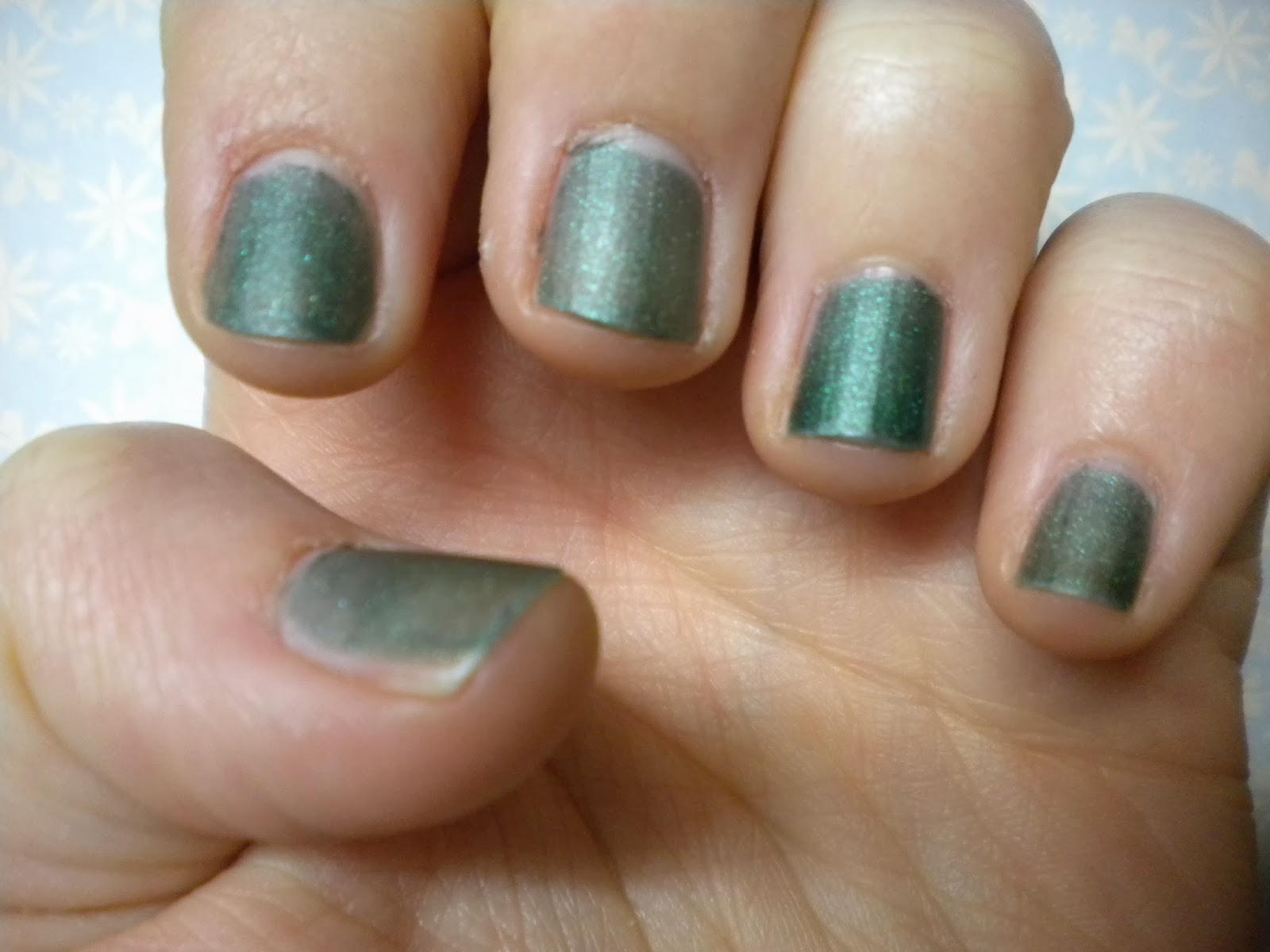 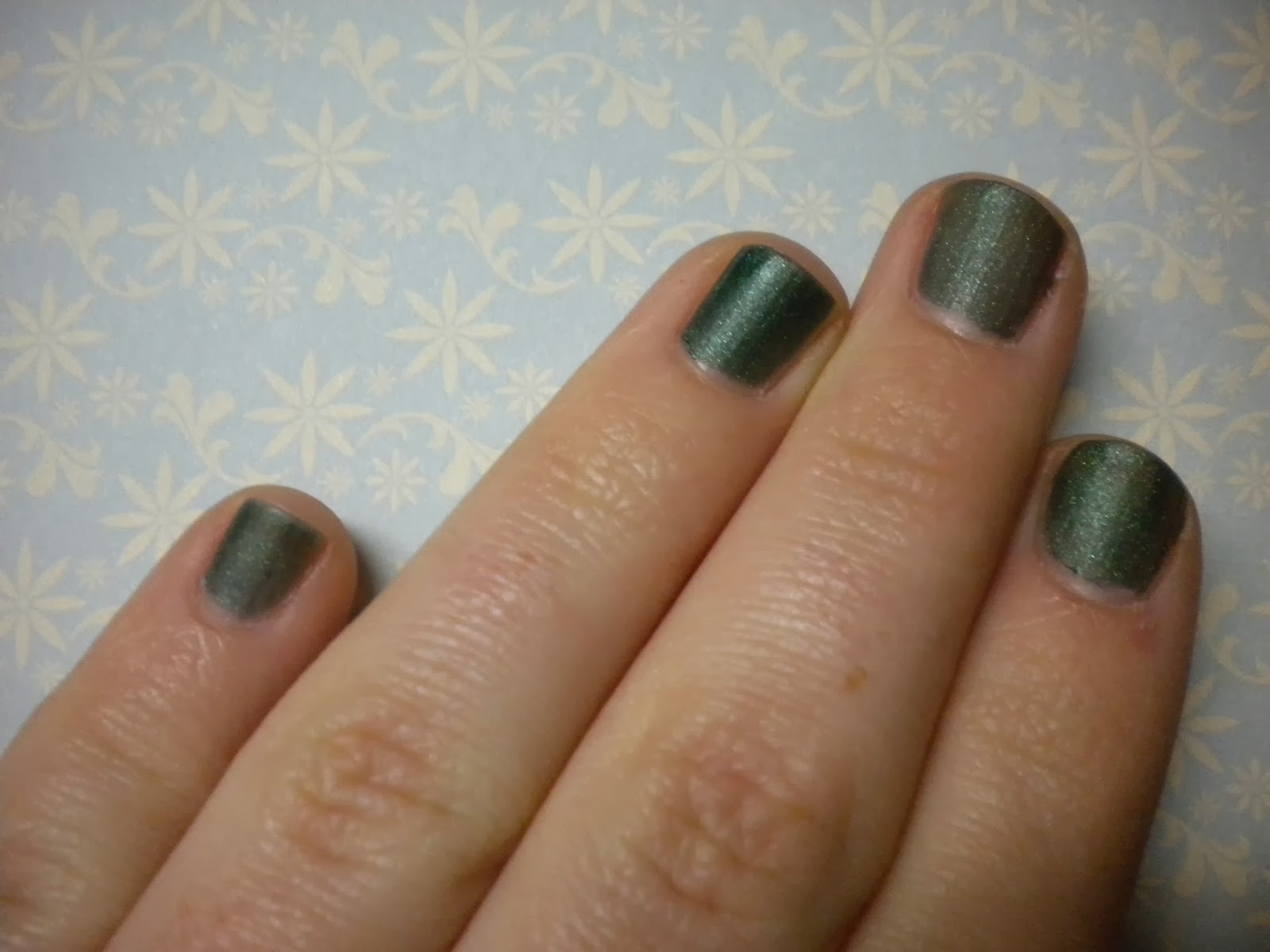 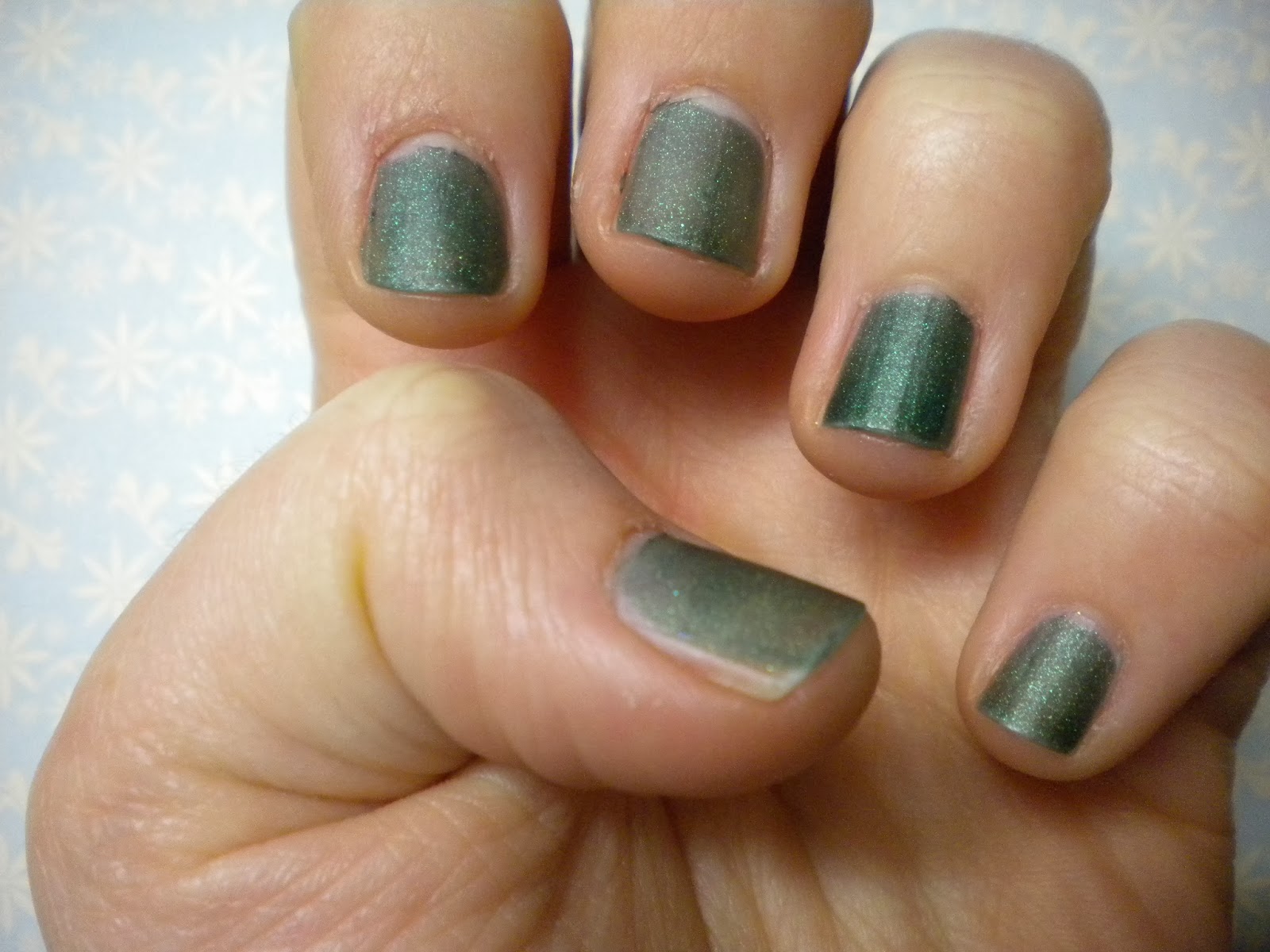 As the photographs show it's a dark green (little turquiose) in colour with a slight glittery and shimmery effect. But also they show that the nail polish isn't opaque enough in one layer so another one is needed in a while. The application of the nail varnish was excellent despite the fact that it's matte, as both layers went on smoothly and evenly on every nail. No areas in which matte had become bumpy and not smooth. 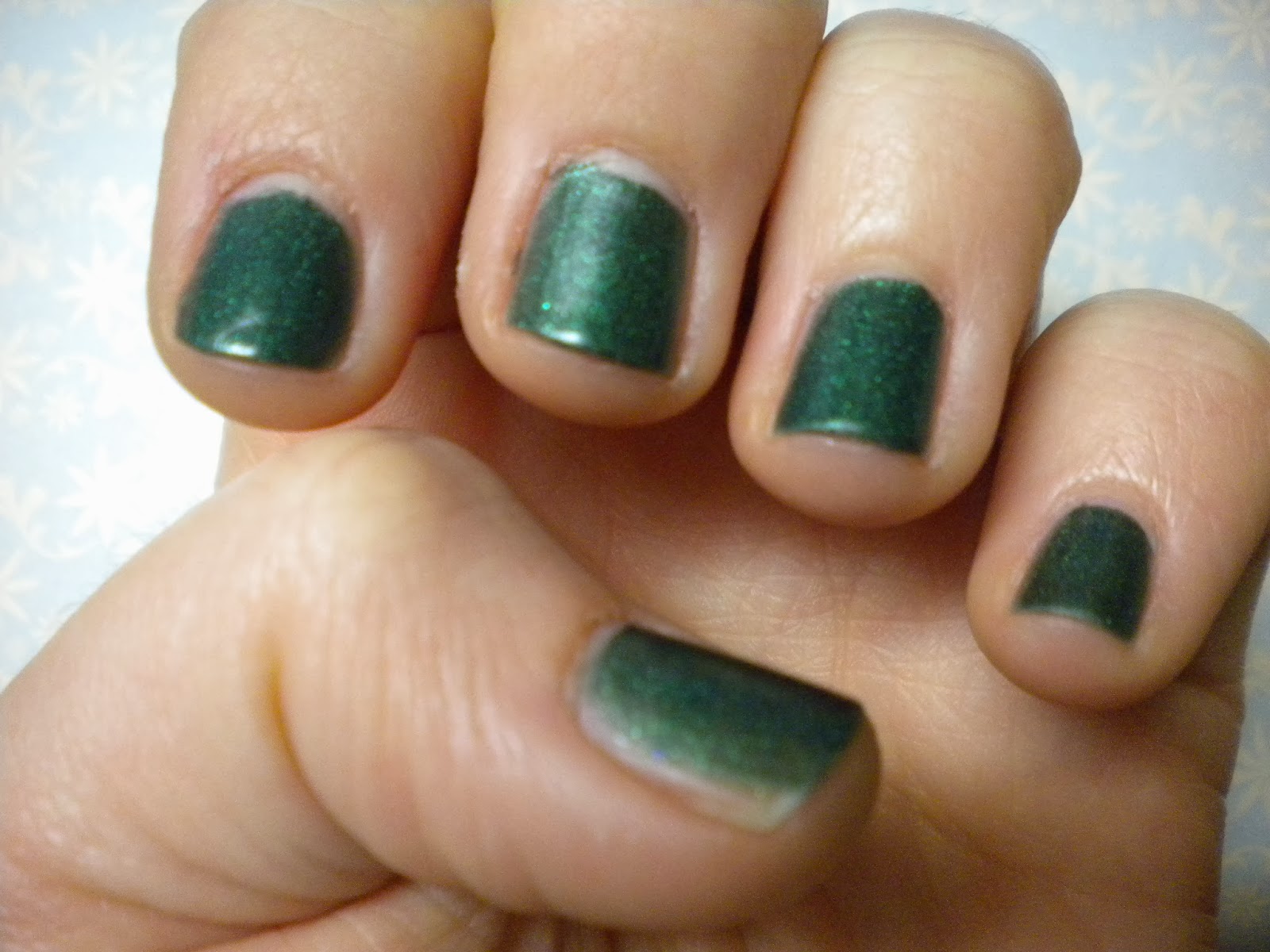 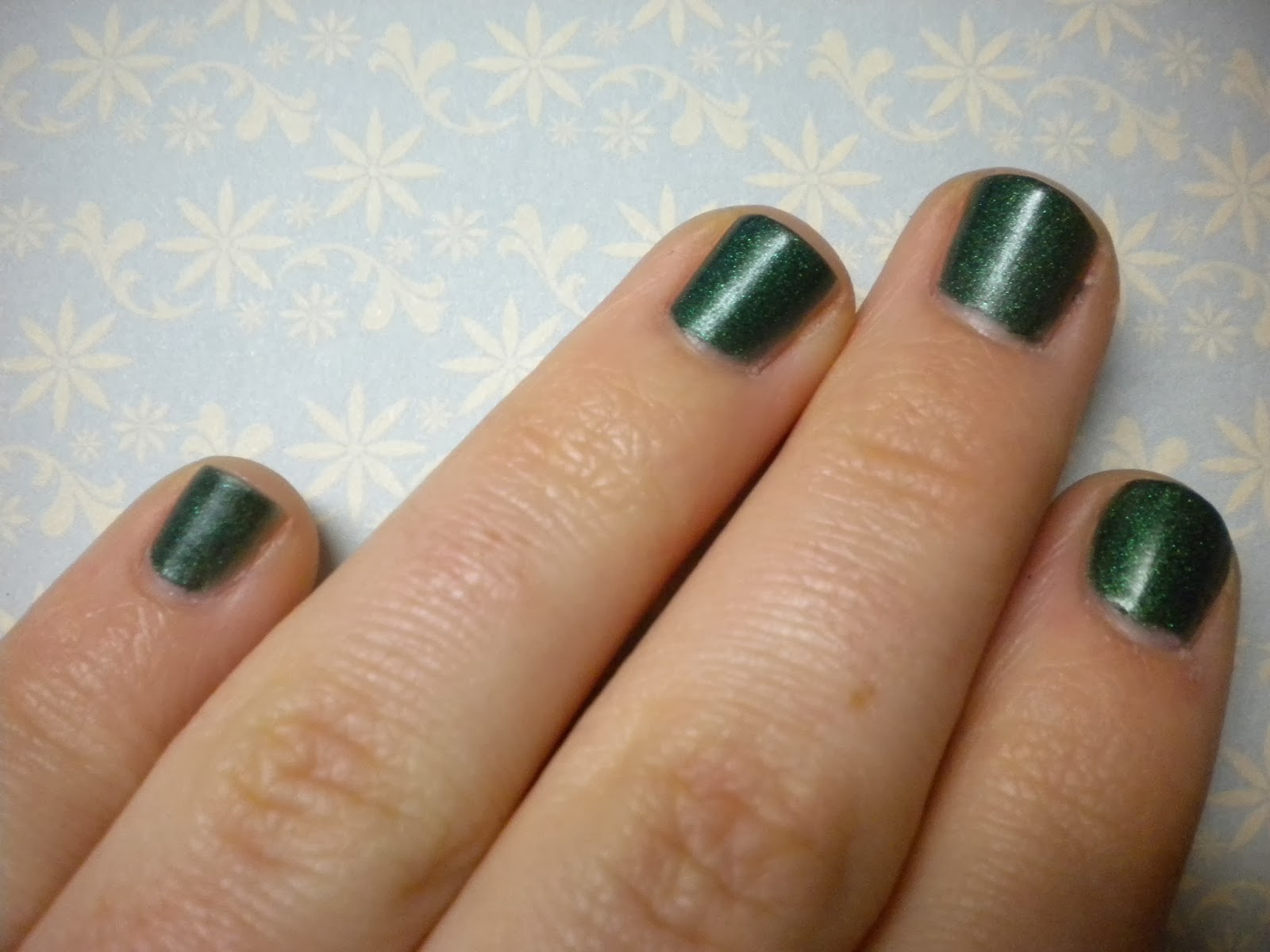 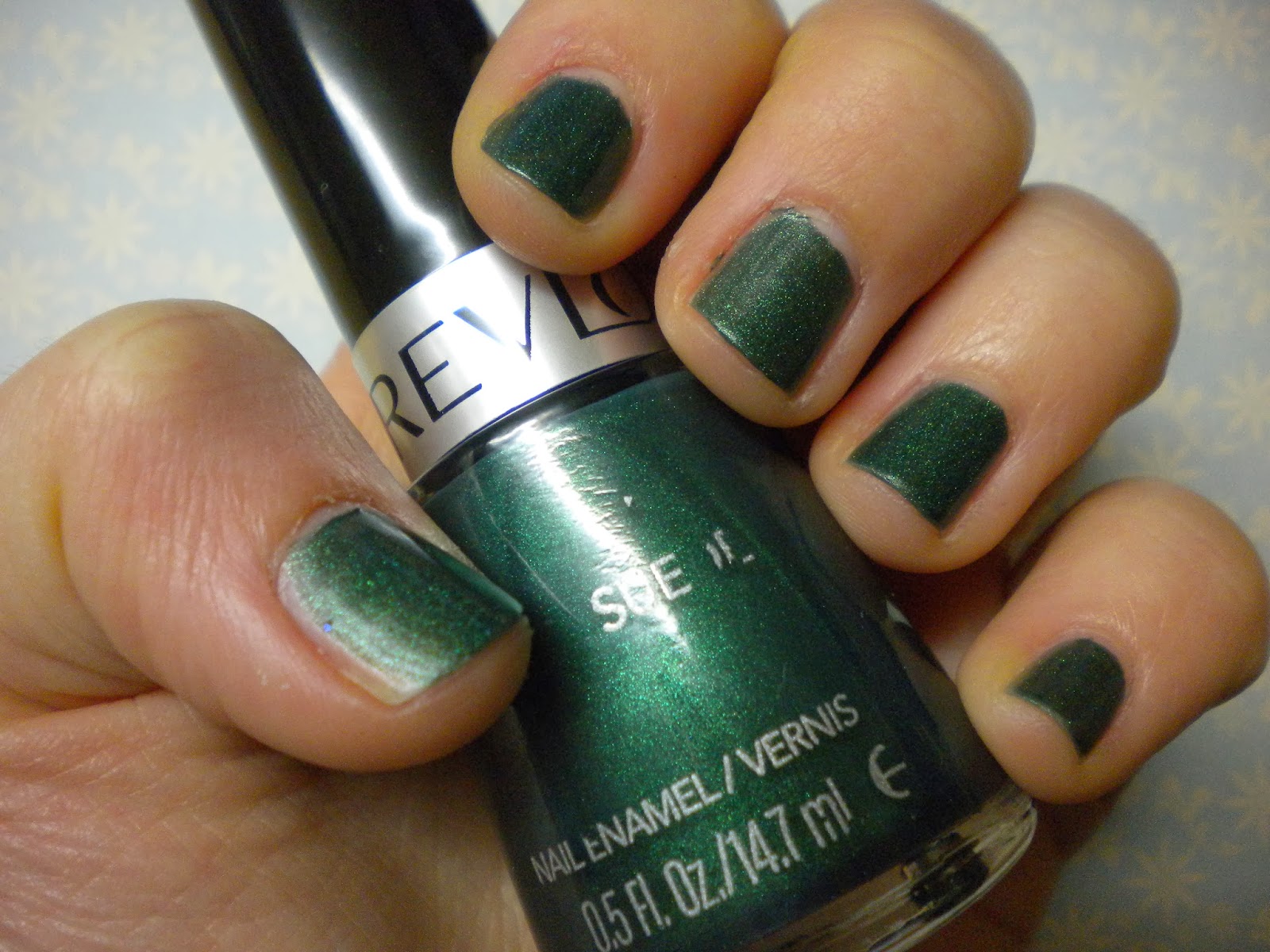 Brilliant! A surprise nail polish that I wasn't all that hopeful about at the start but now I am definitely pleased. It's a lovely colour for someone who's into greens/blues/turquoise especially darker colours. The shimmer and glitter uplift the colour from the darkness making it brilliant, the matte effect is just an added plus. So here's the nail polish with a gloss overcoat: 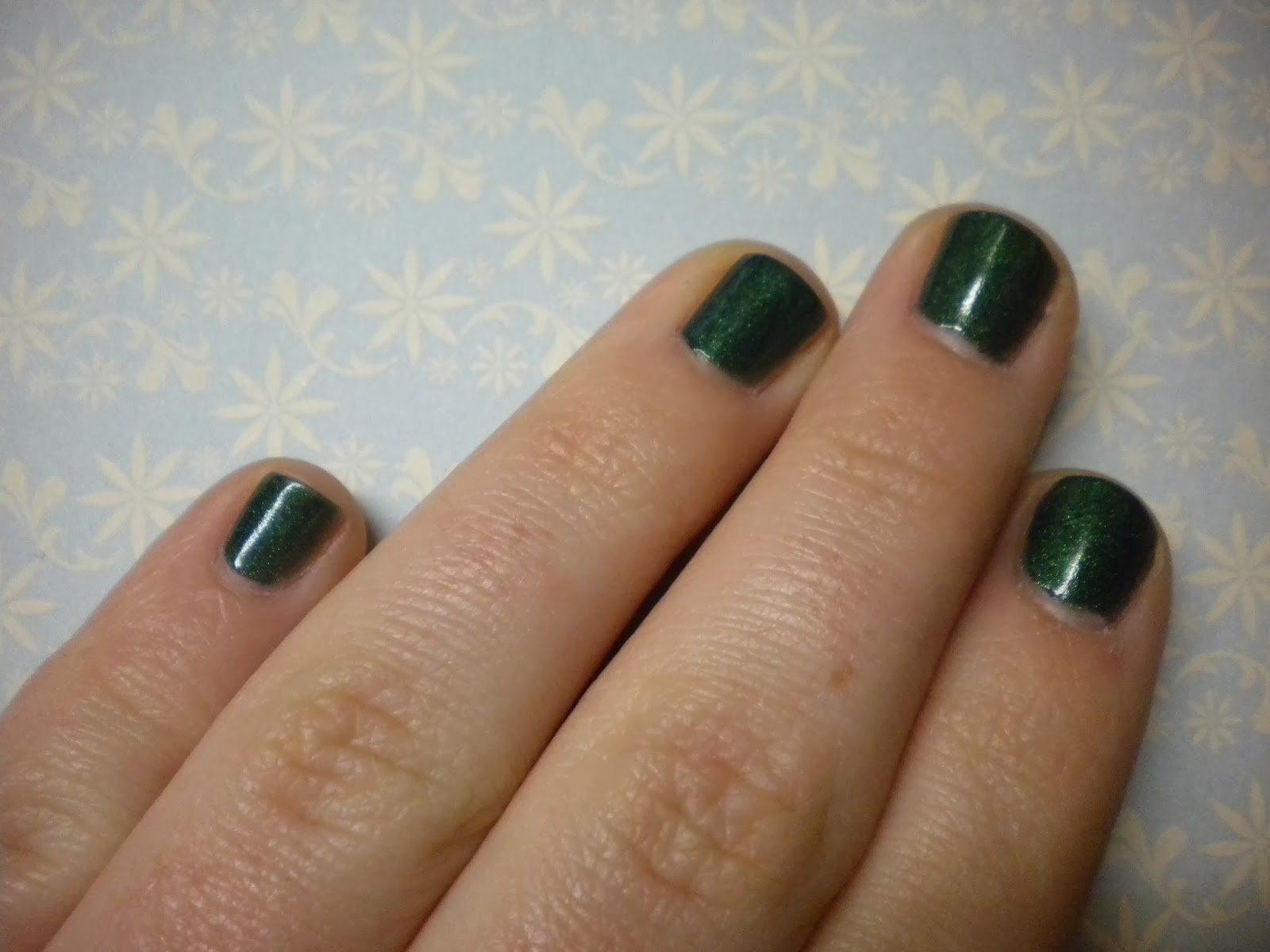 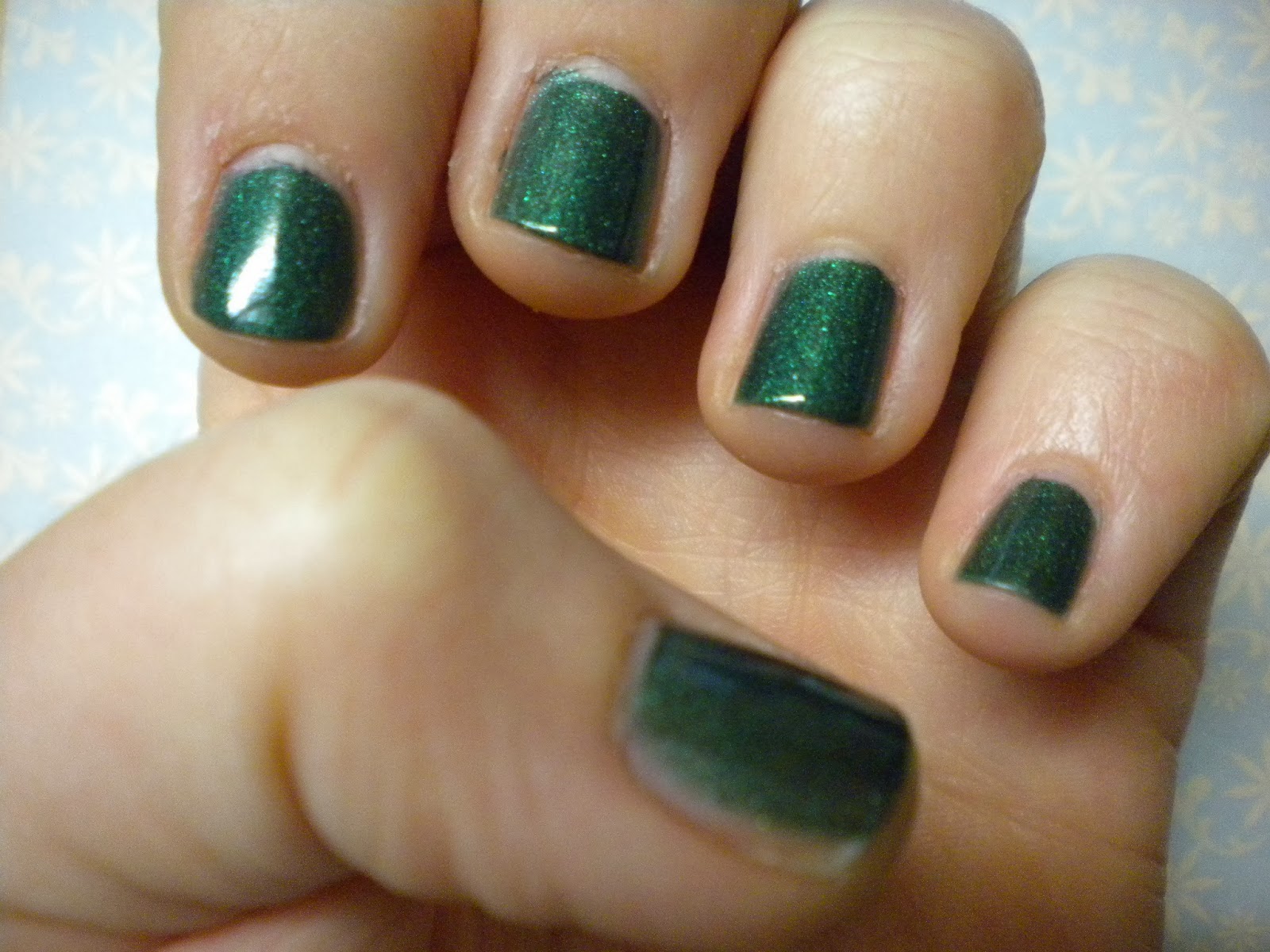 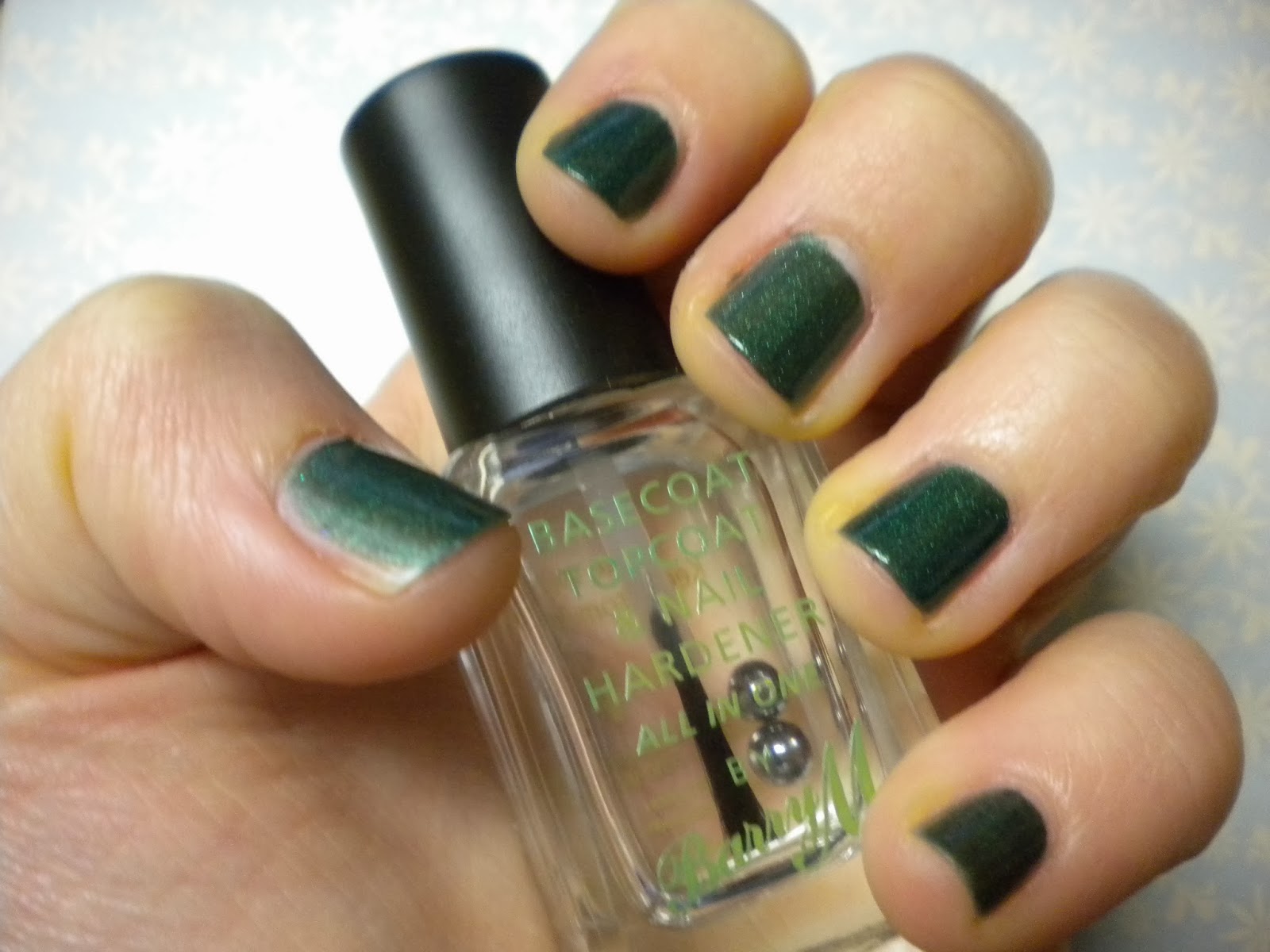