The pull of another Sally Hansen Magnetic polish!

These polishes have been horded by me ever since I laid eyes on them, especially since they've been making their ways into Poundland. It's probably because of the ease of apply and creating a lovely effect on your nails. Doesn't require time and effort in applying intricate designs, so here's another magnetic polish! 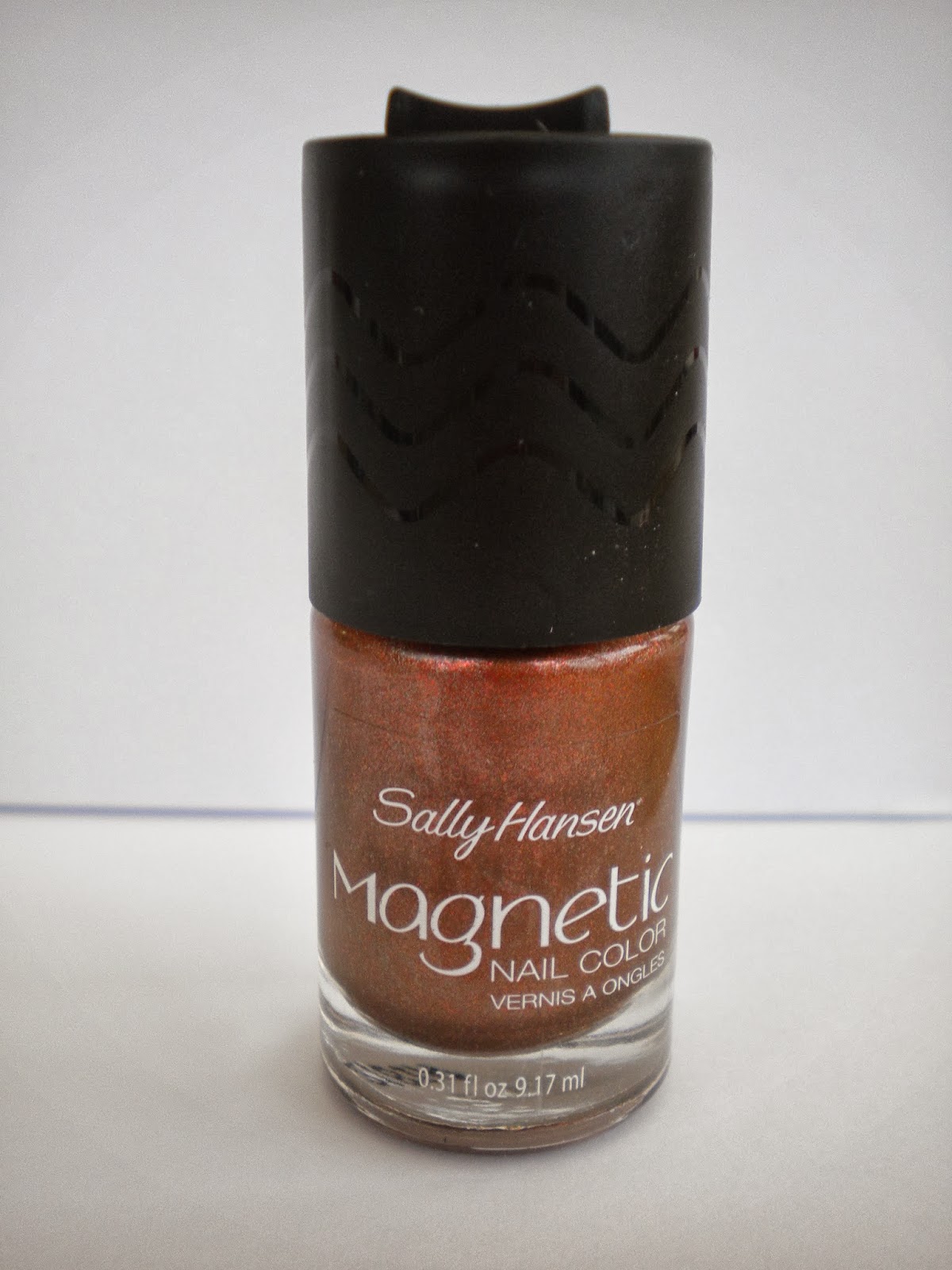 Now this particular polish was snapped up due to the fact that it's quite different in actual colour to the other magnetic polishes I currently own which are more silver/blue colours. Whereas Kinetic Copper is a more red/brown making it very different. I did wonder though whilst putting on the first coat what the highlight colour would be when putting over the magnet. Here's the first coat! 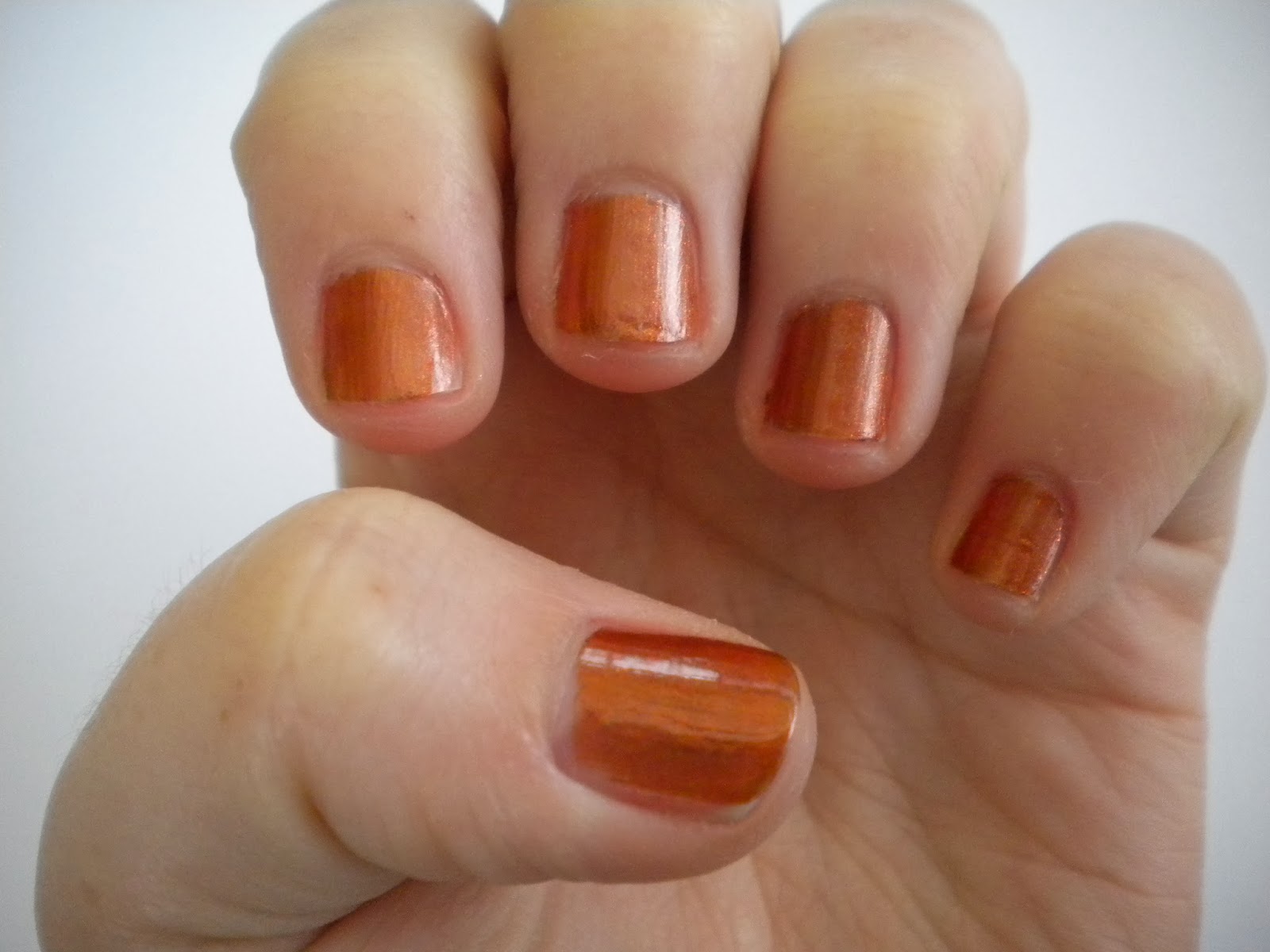 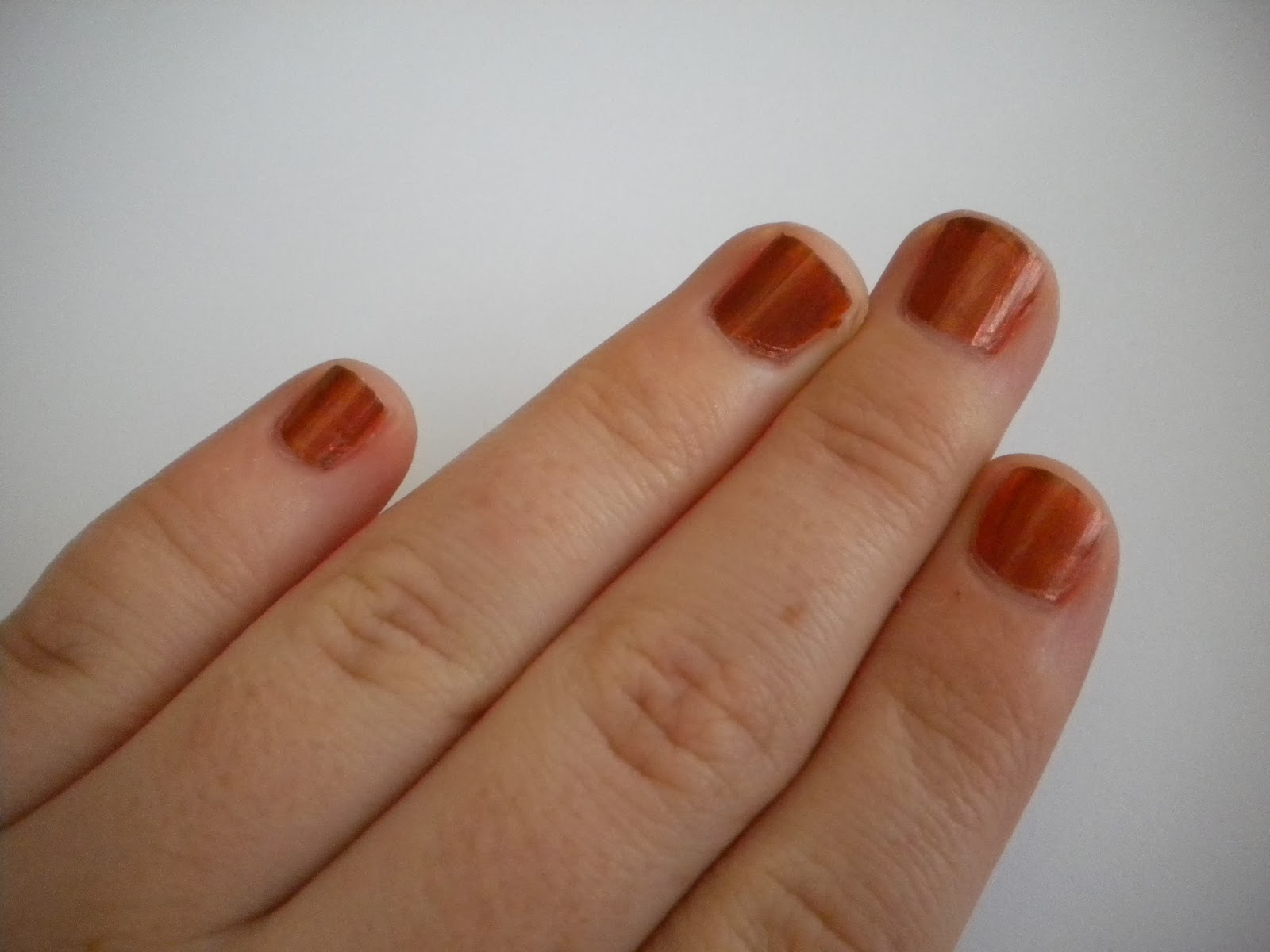 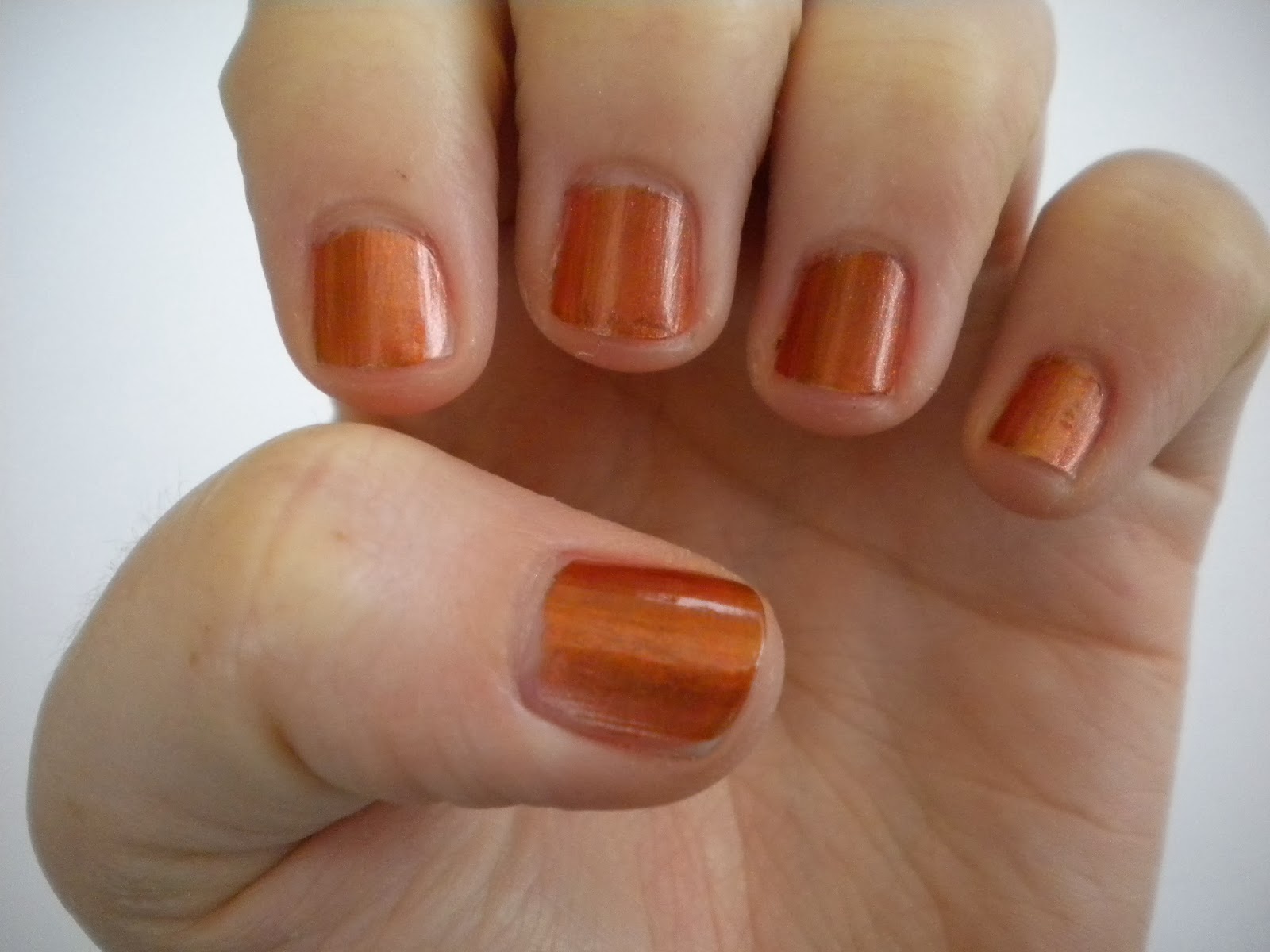 That went on really well for a first coat, but saying that it must have to so that it's opaque enough to use the magnet on the second coat. The colour is a brilliant bold colour, that'll probably grow on me with time. There's only one con to the application of Kinetic Copper which is the size of the brush, as it's fitted below the magnet. Meaning it's quite small in size and therefore slightly harder than normal. Anyway here's the fun coat! 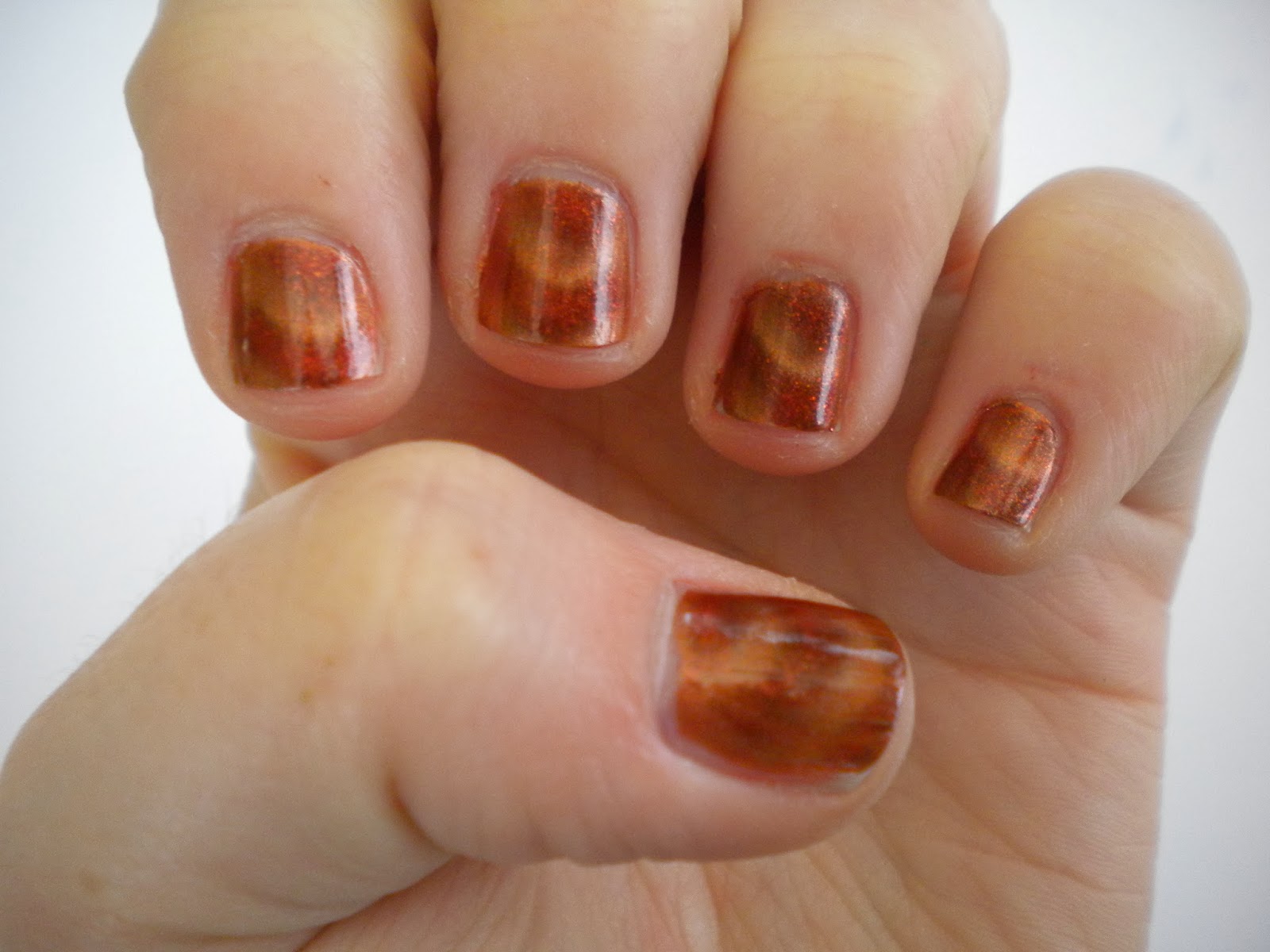 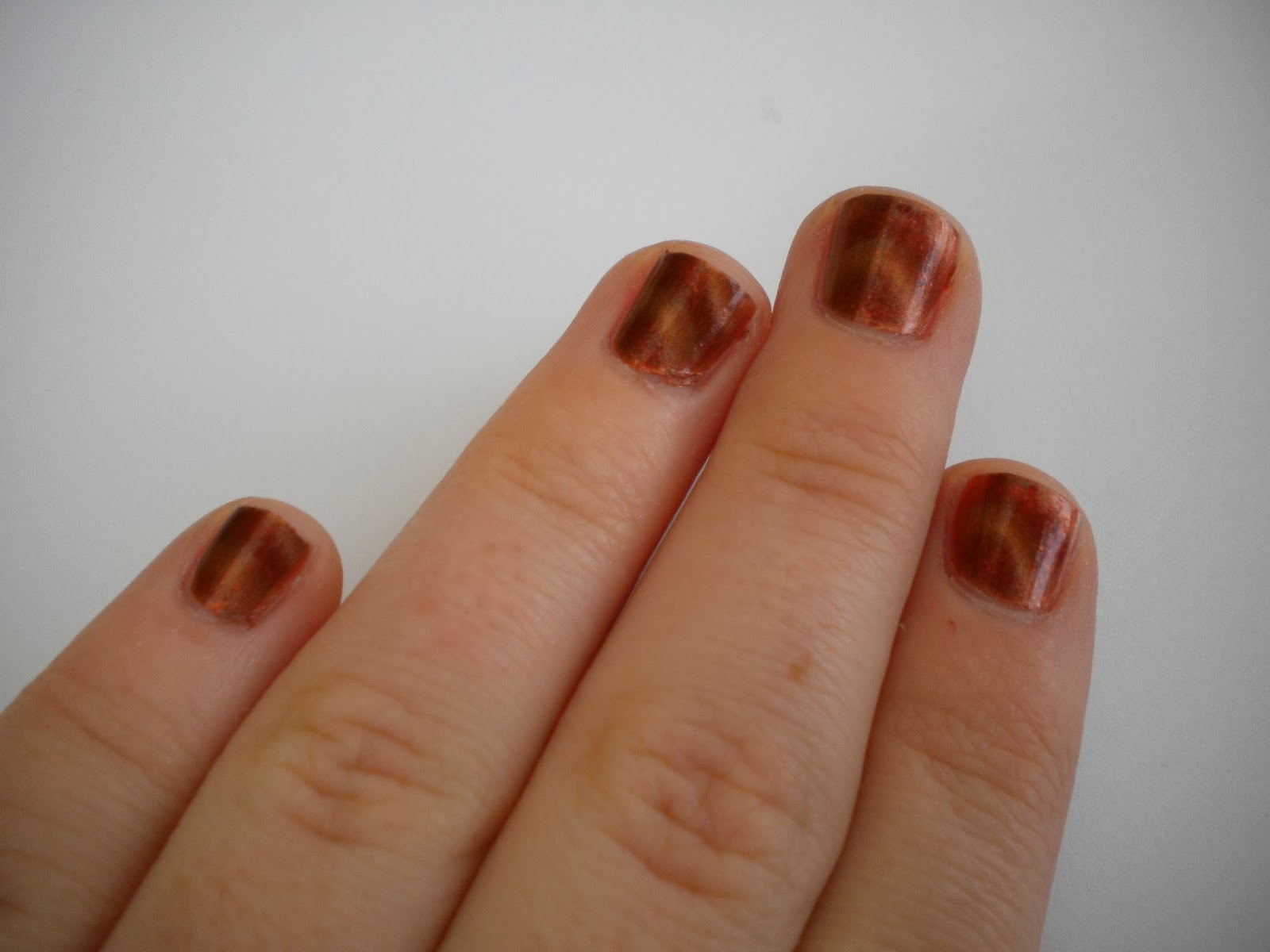 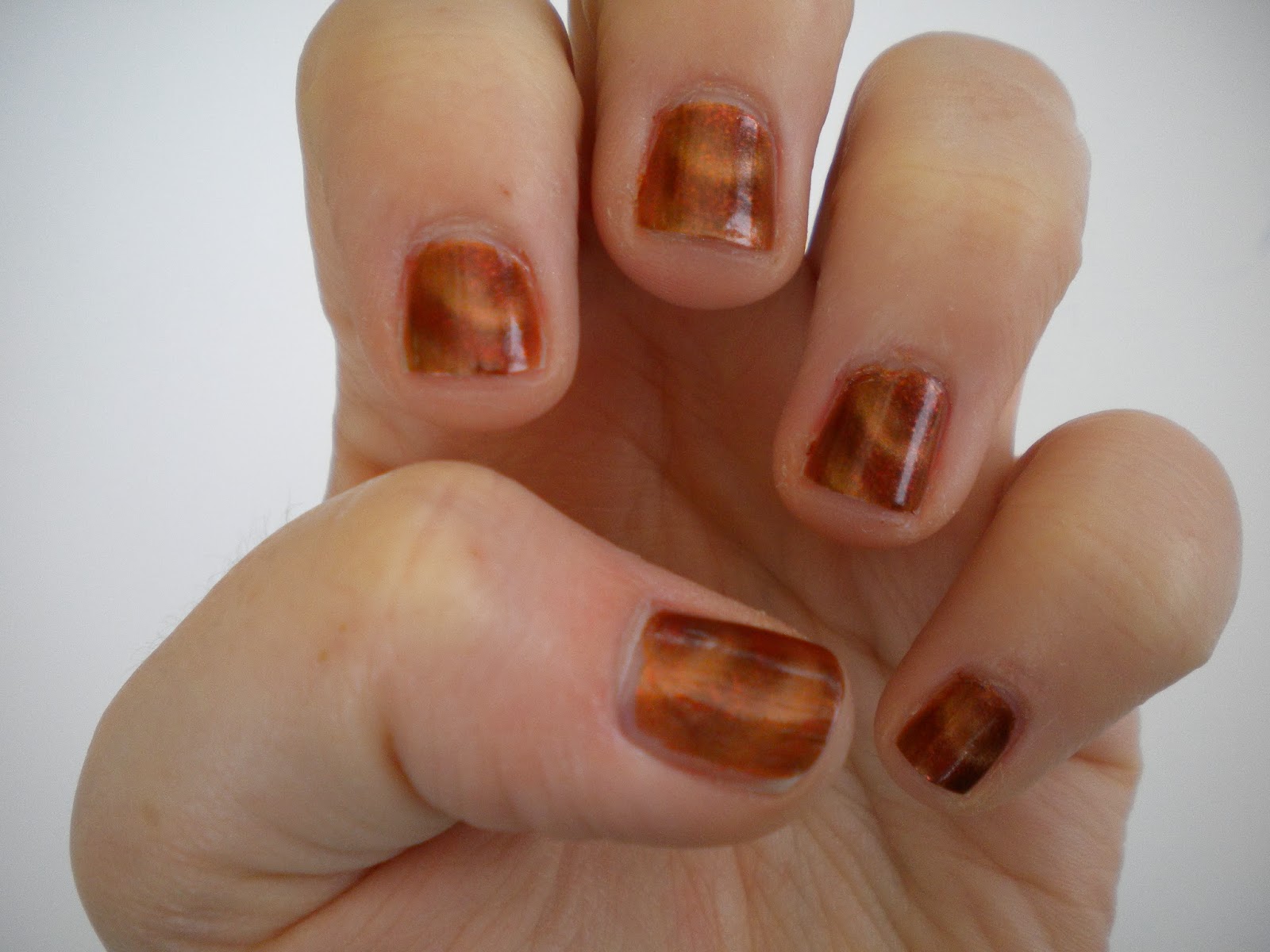 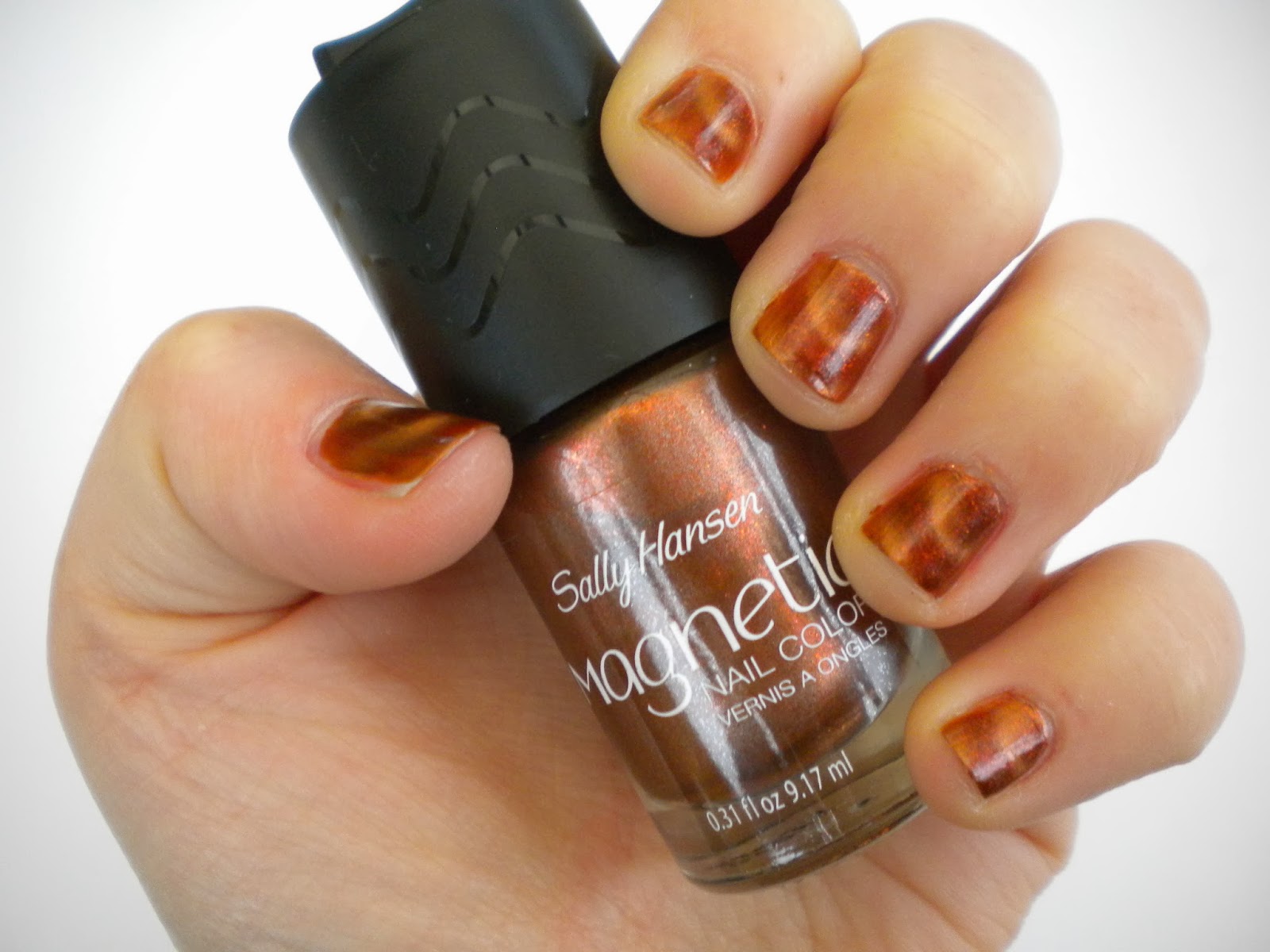 Adding the magnet maybe adds just a little bit of WOW factor to the polish?! They are kind of like little highlighting strips instead of normally having a different colour such as silver stripes in blue polish. It really suits the colour as having another colour could be too garish and bright. Overall this polish has come out pretty well, definitely one of the best polishes of the magnetic collection by Sally Hansen as well as a brilliant colour by itself. Therefore it's a thumbs up!
﻿
Posted by Gracithey at 09:41