Today's a swatch day and it's a reappearance from one of the many notorious Poundshop hauls that I've secretly been on. As well as this it's a returning favourite of mine which has been featured heavily in the past - even had a mini series found here. It's the Sugar Coat polishes! ﻿ 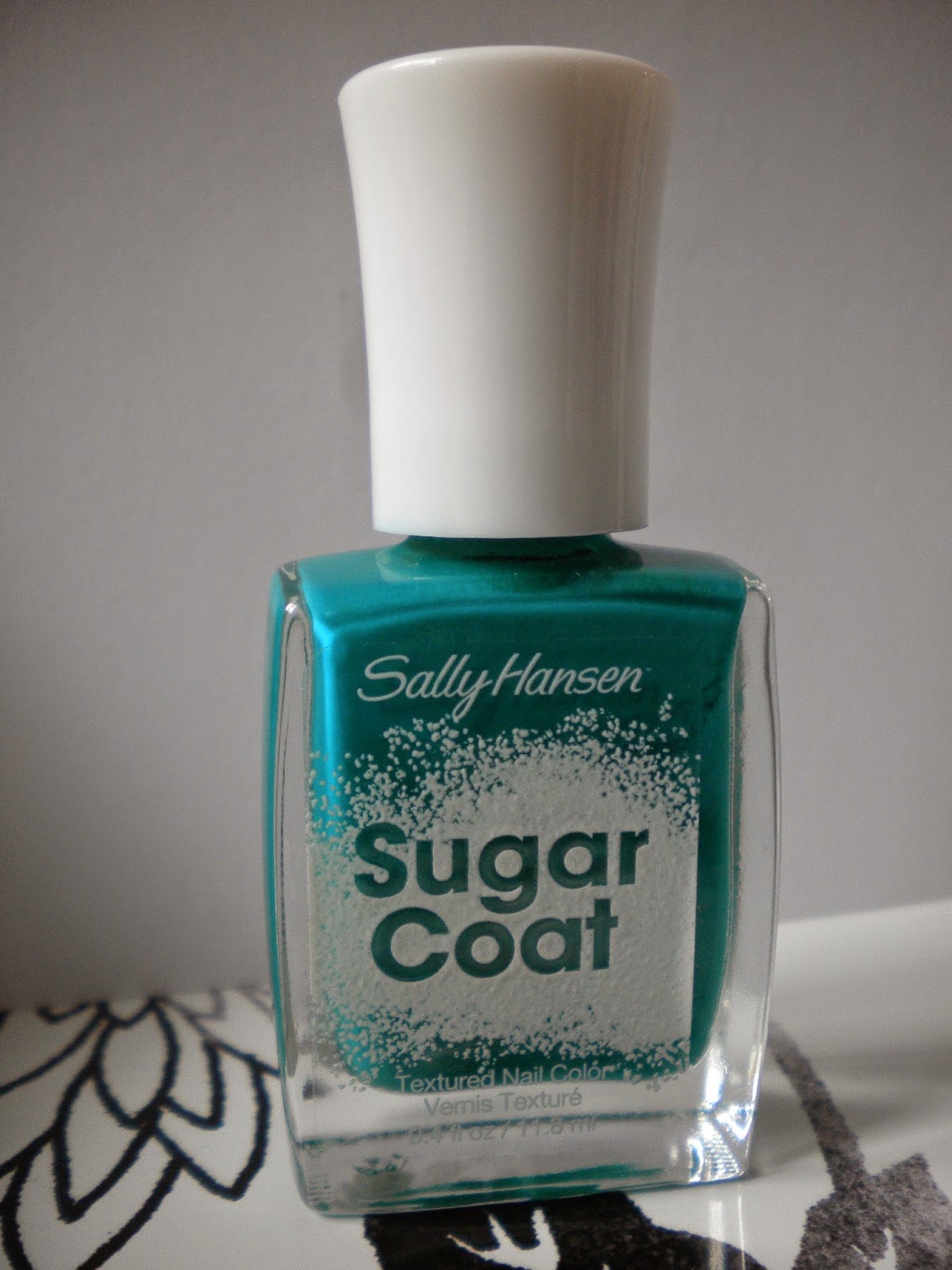 This lovely looking teal polish is called 250 Spare A Mint? by Sally Hansen in the Sugar Coat collection. As mentioned it's teal nail polish that's a tad darker than the normal teal colours as it's more on the blue than green-ish side. It's a special effect polish due to the fact it's texturized to look like your nails have had a coating of sugar on them! Let's get onto the swatches which we are all here for: 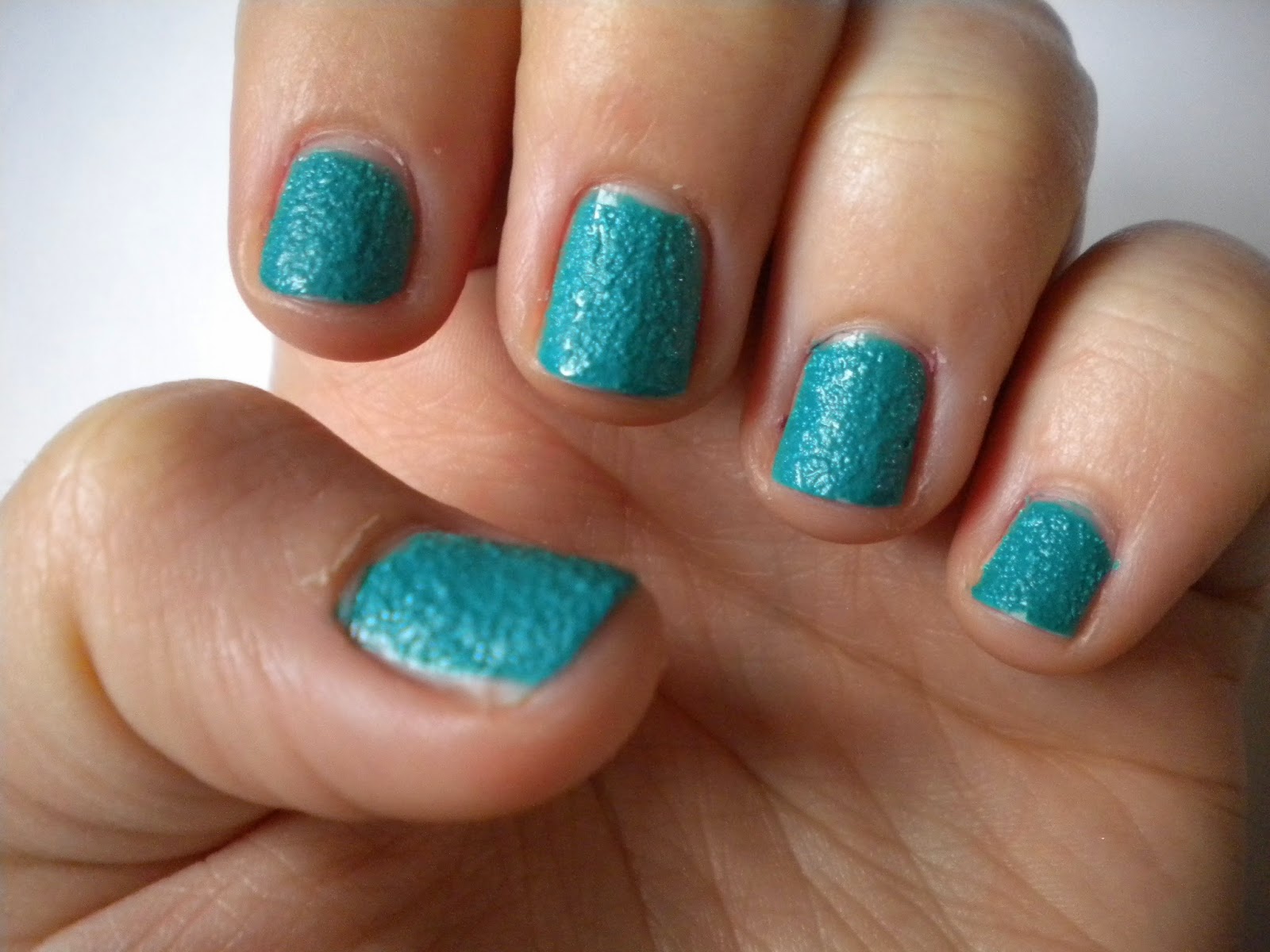 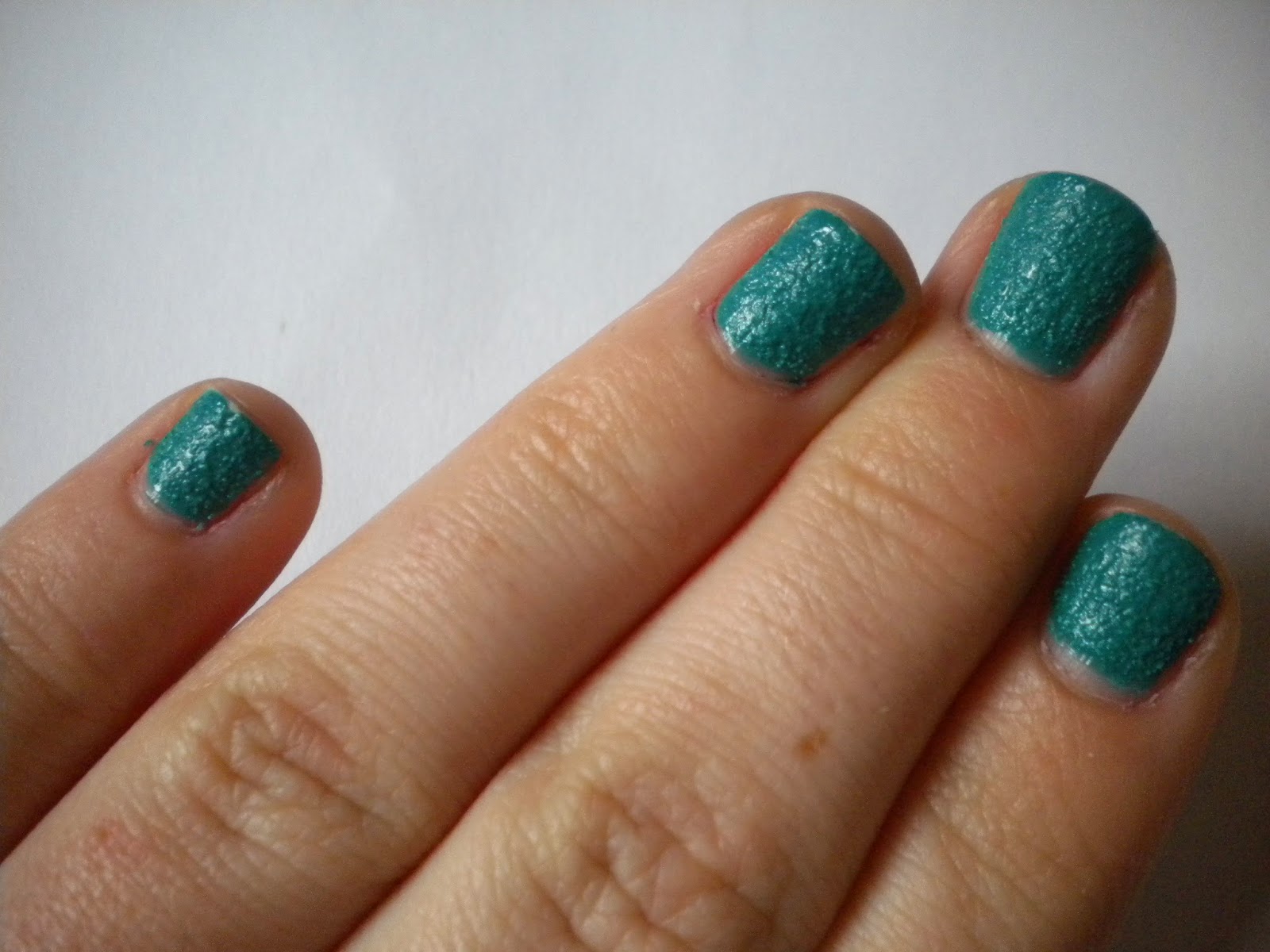 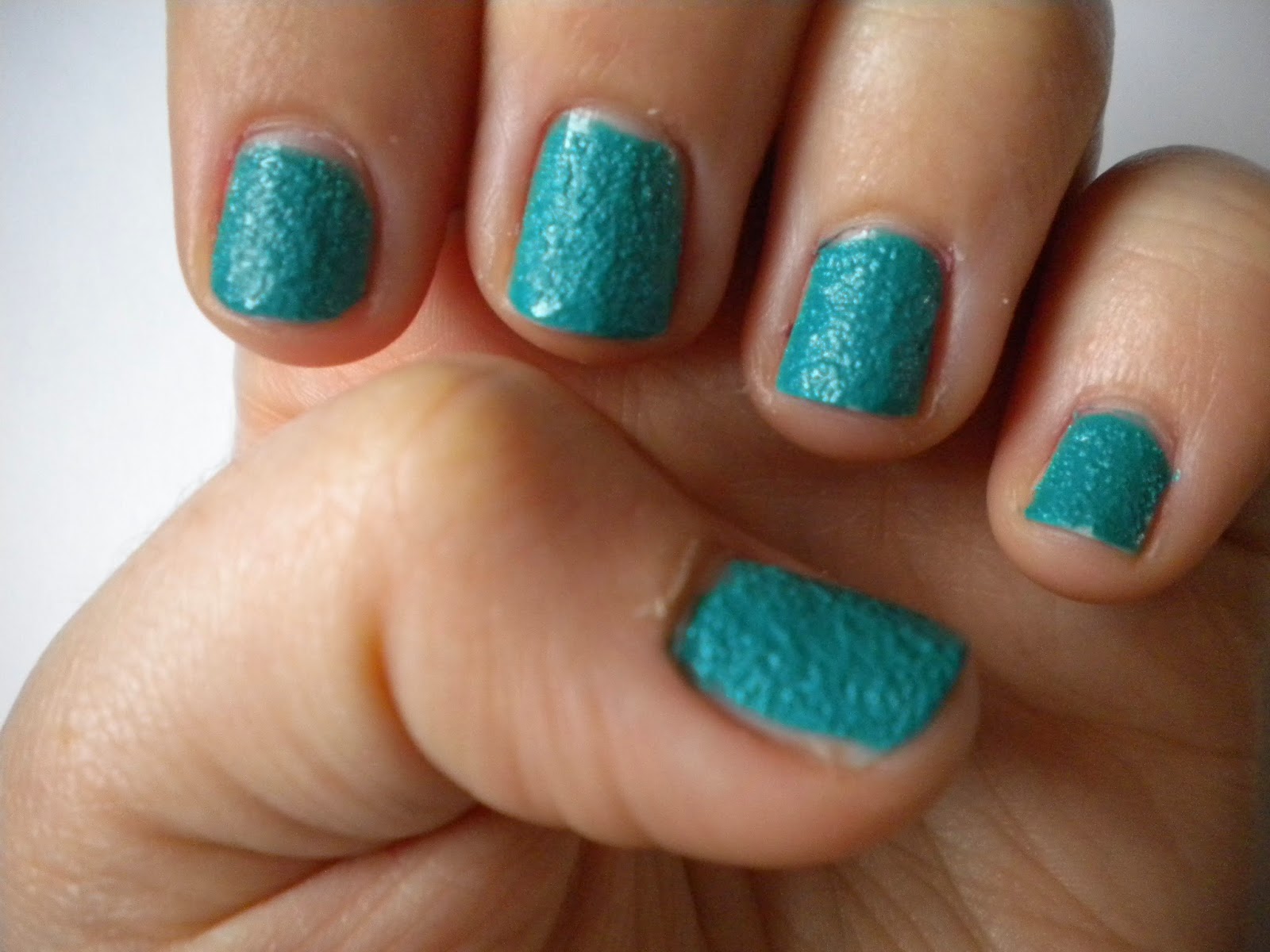 (Sorry about the chip but these were the weekend's nails and there was a little wear and tear...) 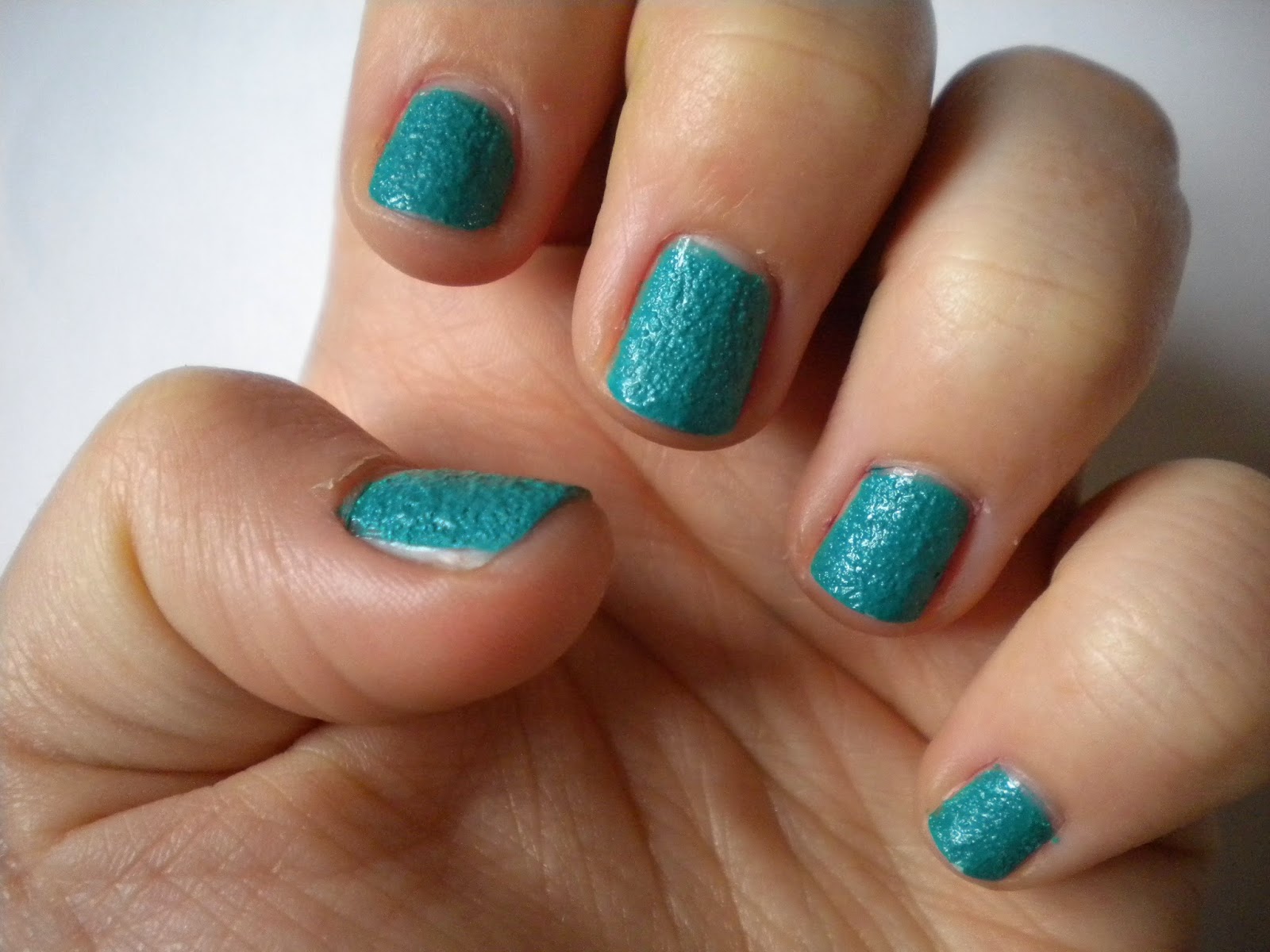 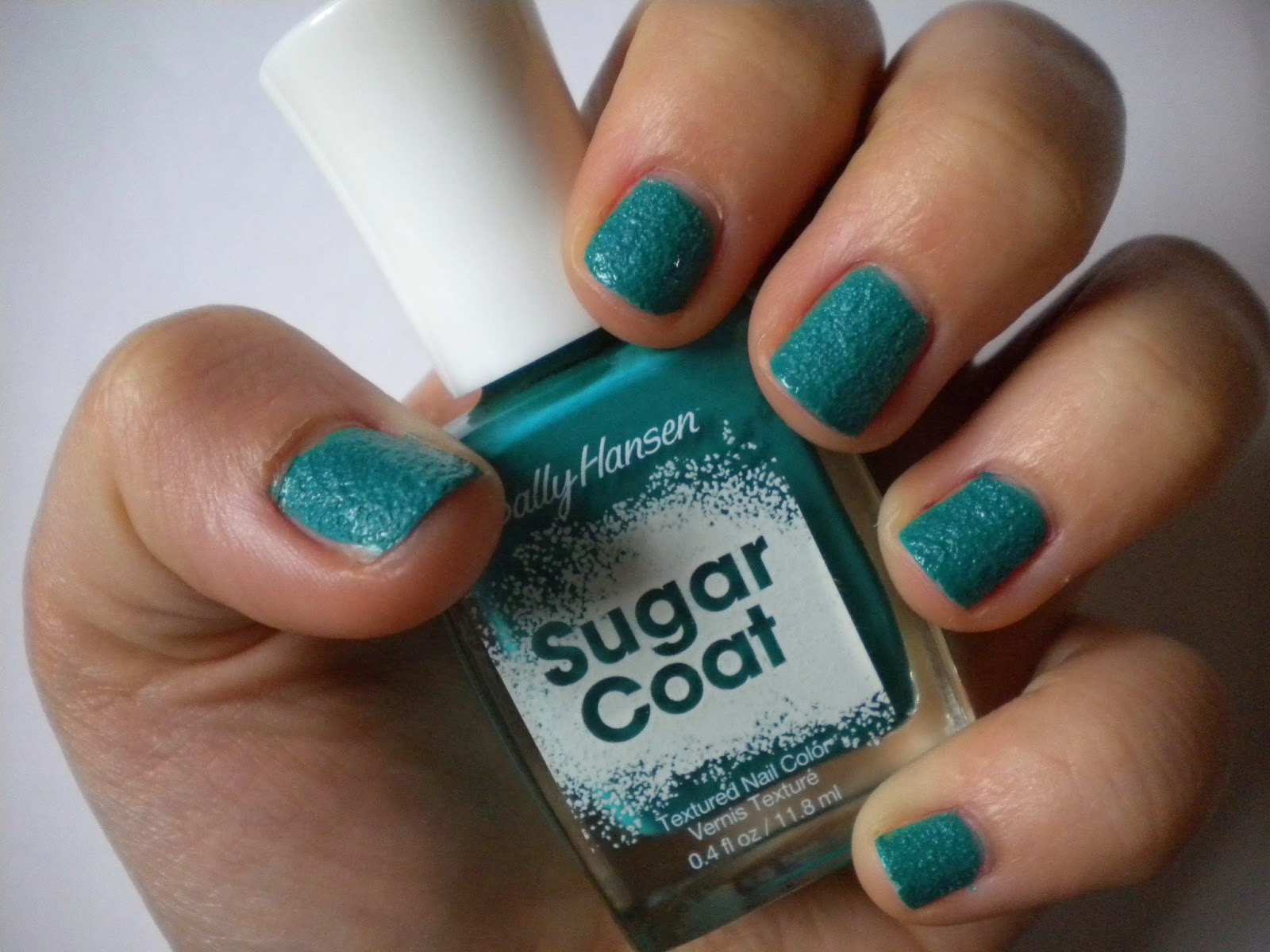 The texturized effect can really be seen in this Sugar Coat, this is three coatings of polish but it's worth the effort, two coats just didn't look completed when applied. Spare A Mint? was easy and simple to apply as the polish solution was just right and the straight brush was complementary to applying this type of polish. (Curved probably would have made it a faff.) Additionally this polish lasted really well - the photographs were taken after two days of wear which included two shifts at work! I'm pleased to report that this doesn't stain really badly, as I took it off then scrubbed the nails and all colour traces where gone. There's going to be some more of these lovelies appearing soon... Would you guys like them paired up again? There's quite a few. Or shall they all be shown in all their goodness? As I'm not quite sure how fond you guys are of these polishes and my love of them can get quite overpowering...
Posted by Gracithey at 00:42