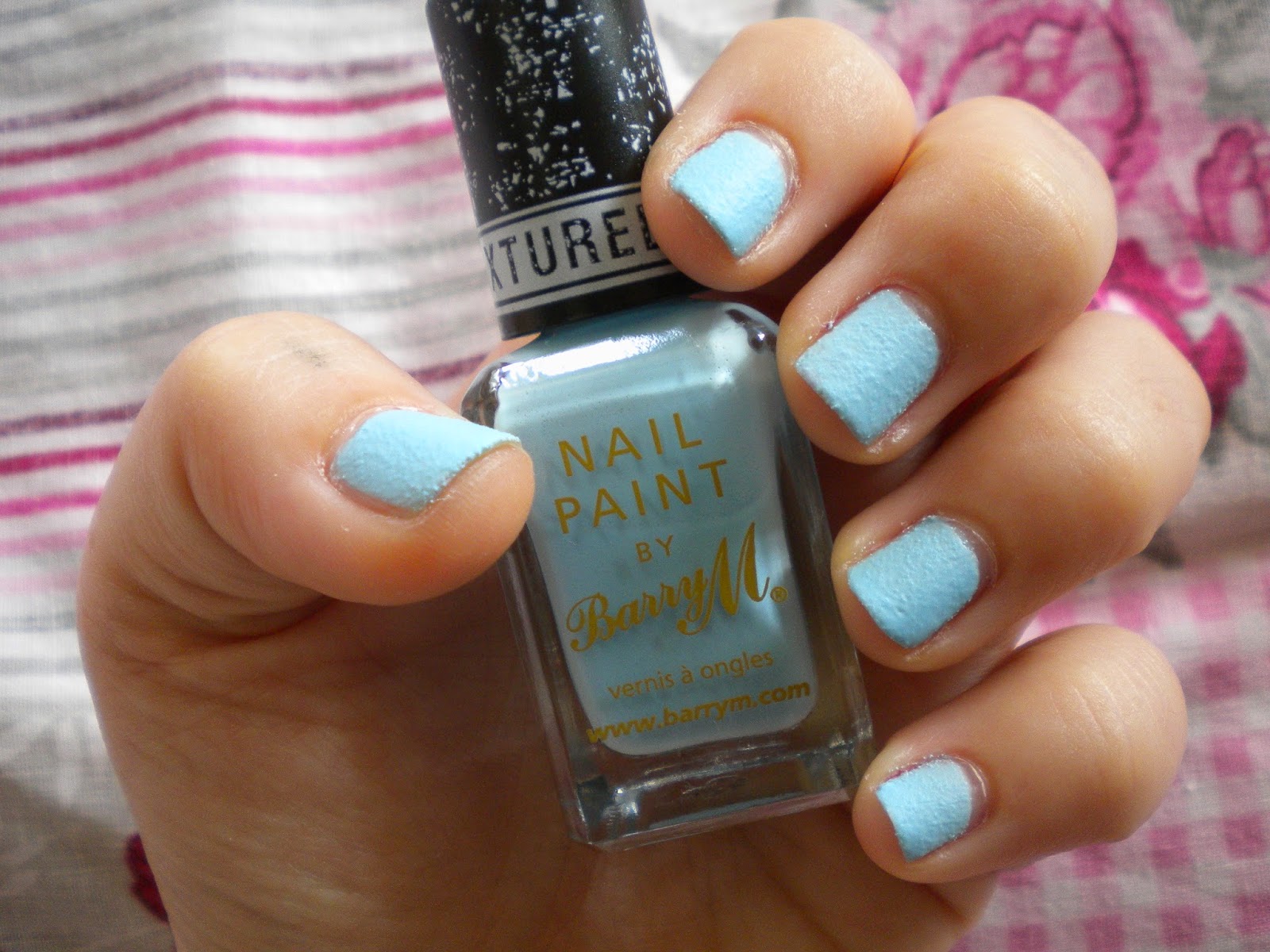 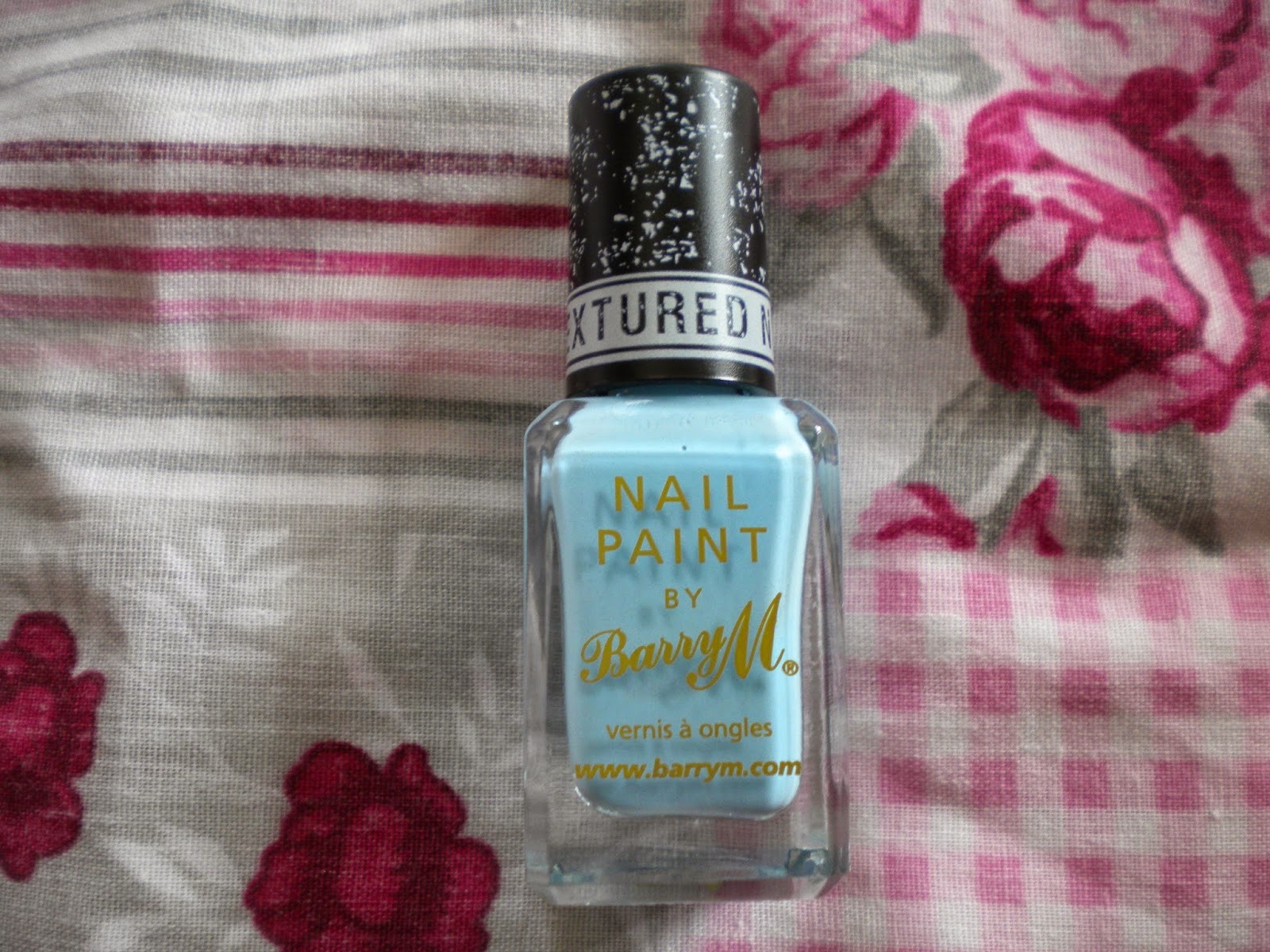 It's probably well known by you guys that texturized polish was heavily doubted by myself until the discovery of the Sugar Coat collection by Sally Hansen which changed all perceptions of the textured effect. Making it unbeatable and unstoppable. Barry M just might have managed to catch up with this lovely blue pastel polish, that they admittedly released a while ago but it's come to Addicted To Nails... now. Here's some of the lovely looking swatches: 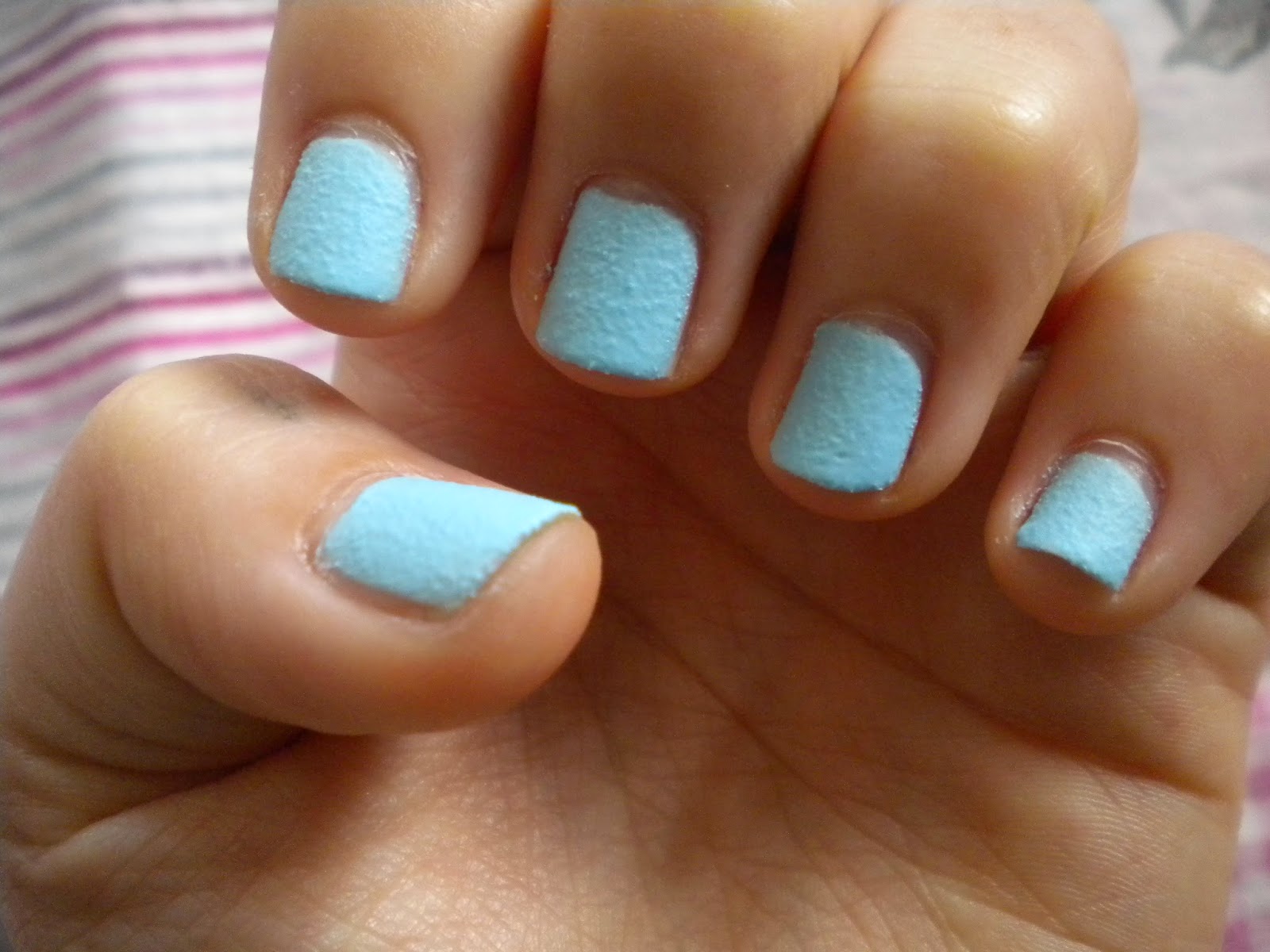 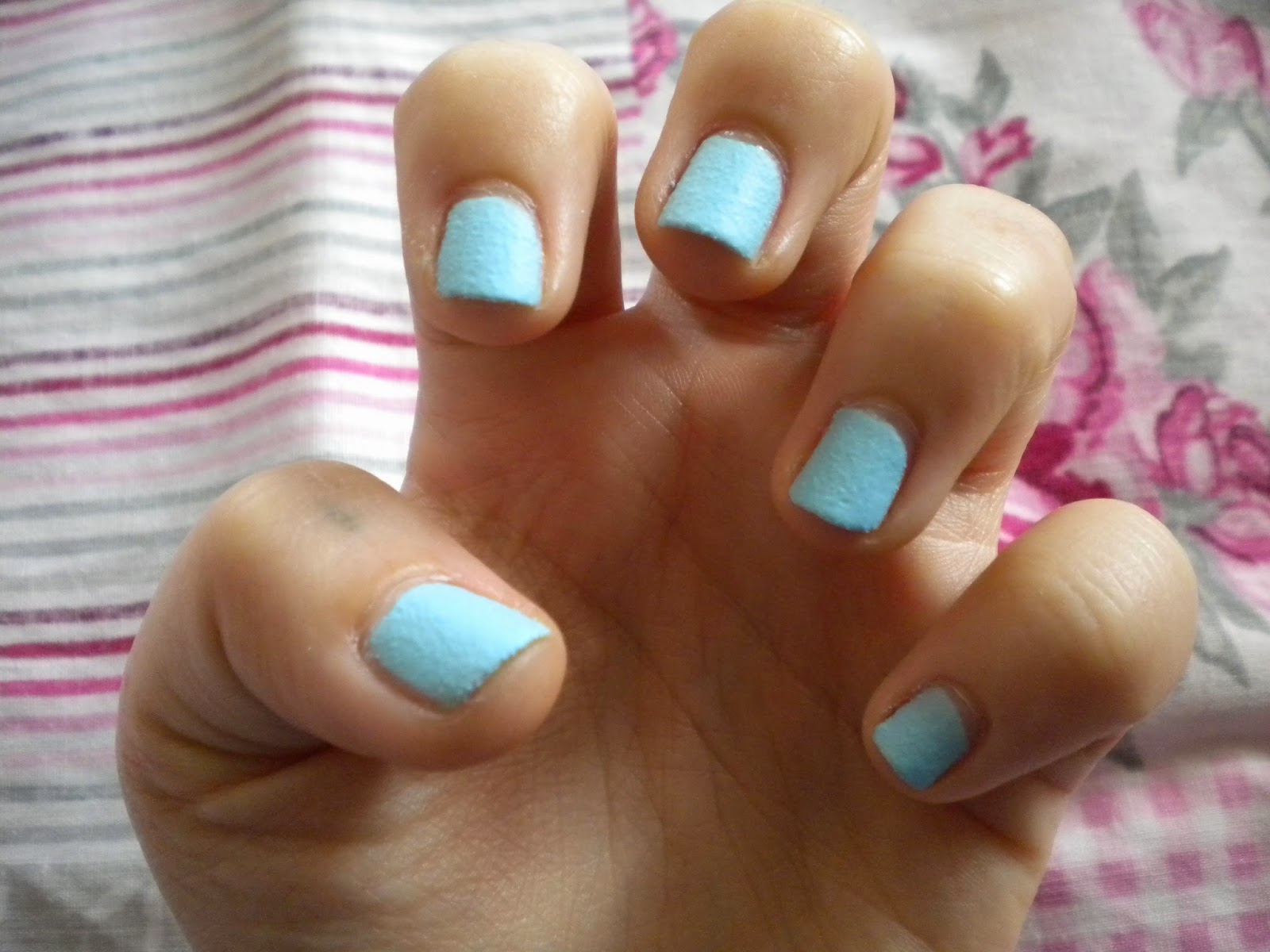 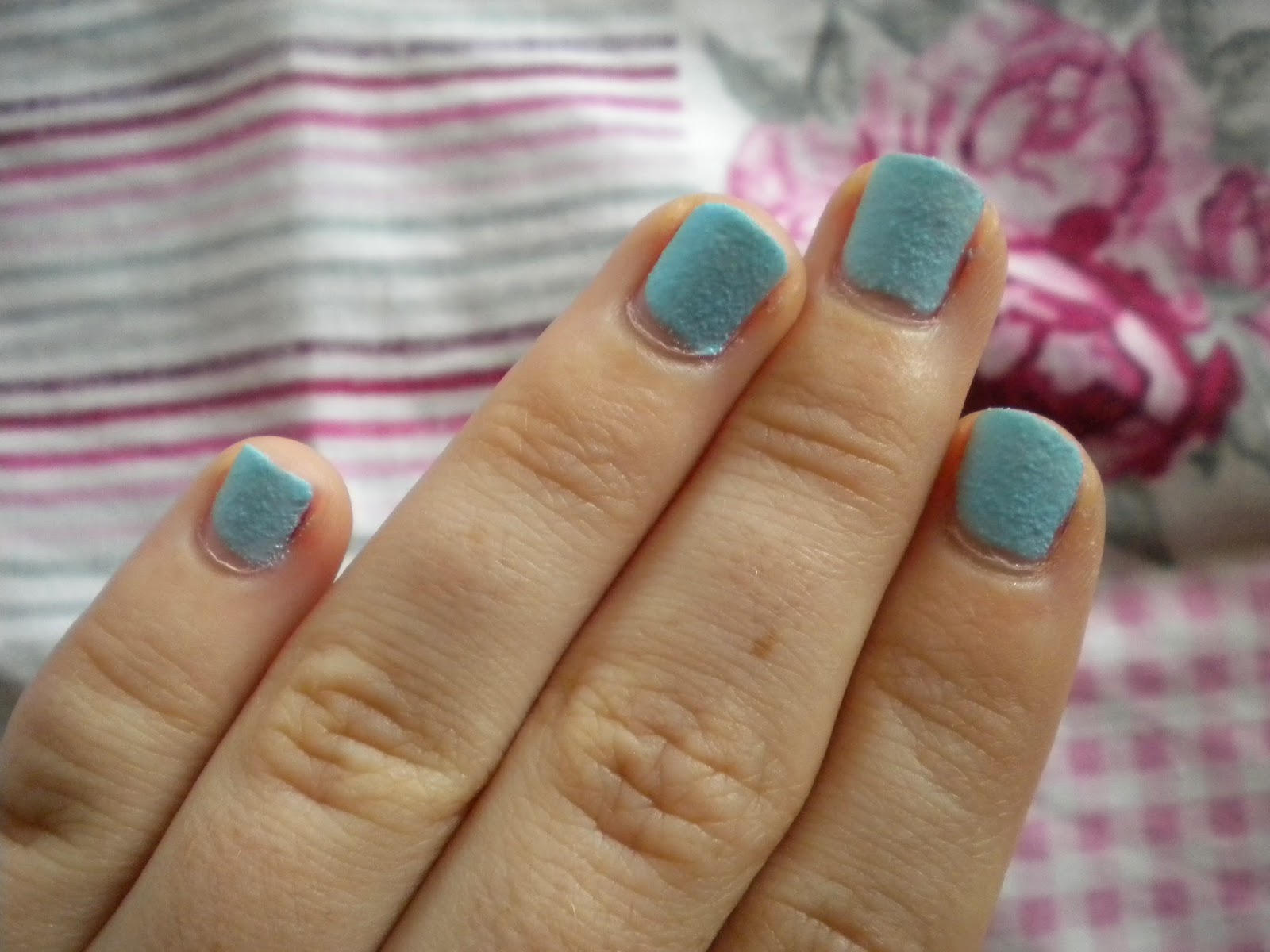 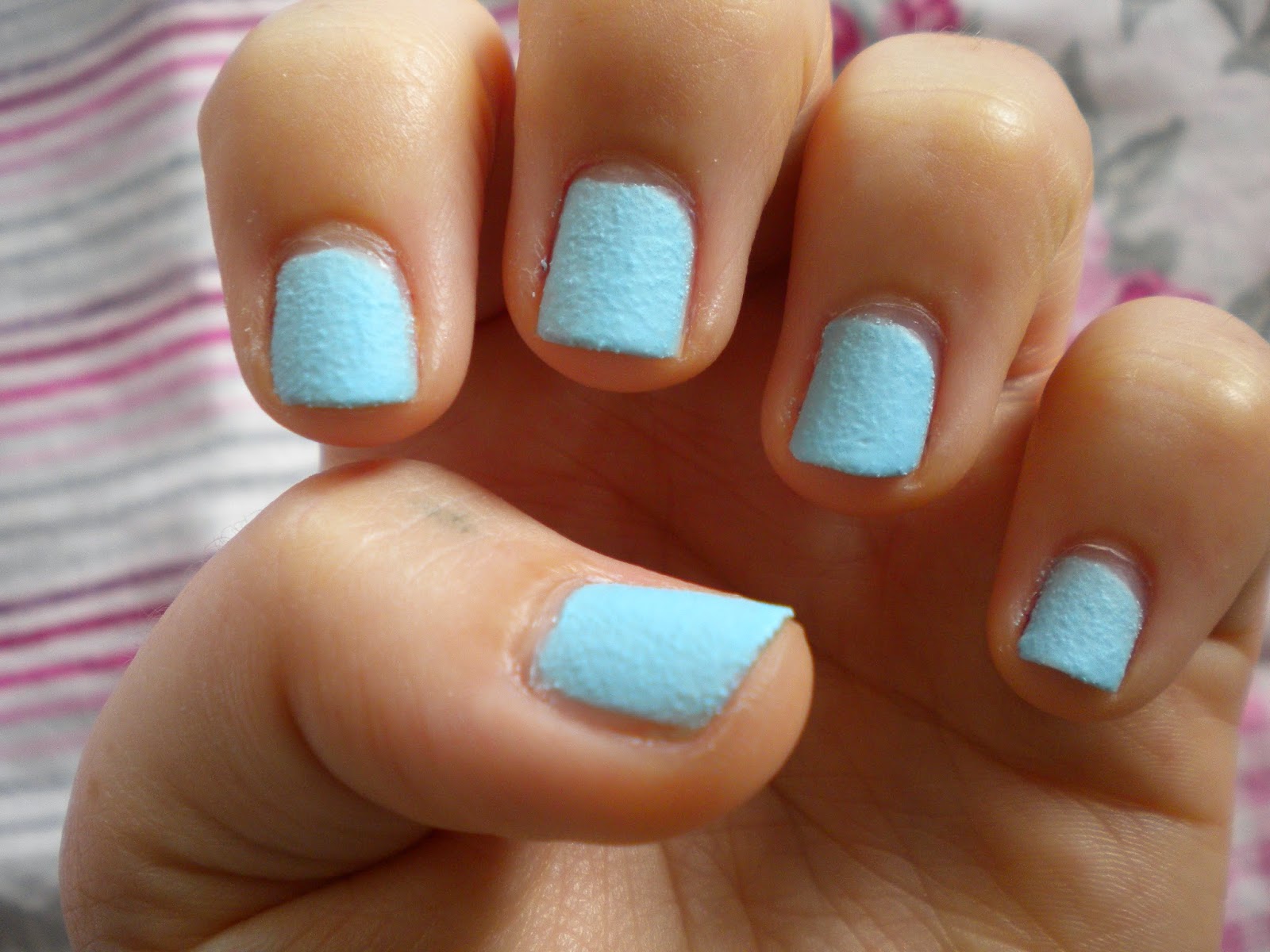 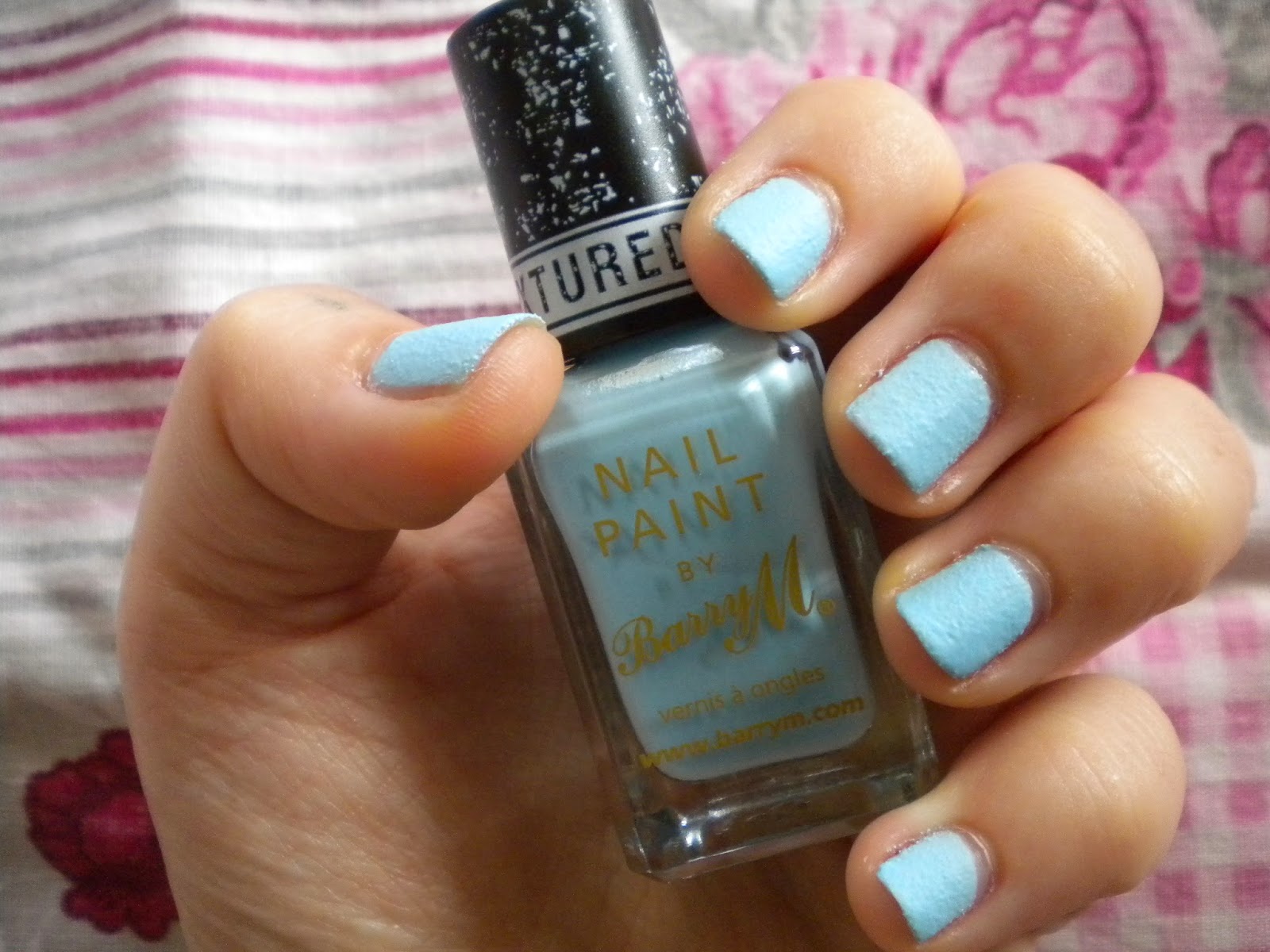 It's called Atlantic Road. (It's part of some sort of textured collection as the special polish cap shows.) The colour of this polish is super pretty, as it's a light blue pastel colour which really contrasts the Sugar Coat collection as they tend to be bolder colour choices. Application of this polish was really simple to do as the brush is a standard Barry M brush and the solution was slightly runnier than usual to make up for the added texture. With the effect it may have been nicer to have a slight wider brush, but that's probably me being picky. Atlantic Road has a thumbs up overall, there's more of these in the stash so hopefully you'll be impressed with some other texturized polishes from Barry M!
Posted by Gracithey at 09:00