When wearing this particular polish it's definitely mesmerising to say it lightly, seeing as every time you use your hands (which is a lot) the duotone catches the corner of your eye - making it impossible to not just have a quick peek at the nails. Additionally it does tend to catch the attention of a lot of other eyes! ﻿ 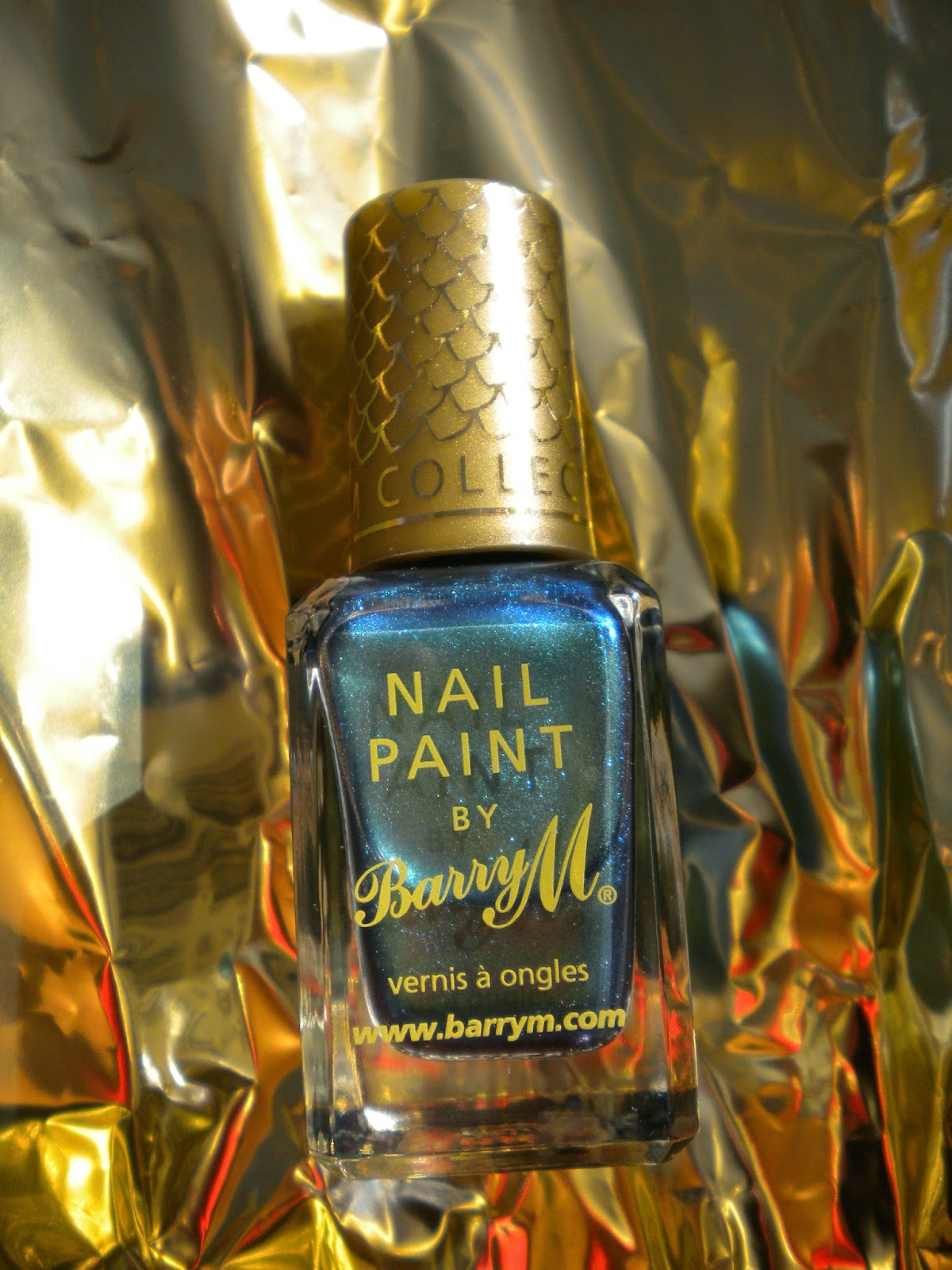 This beauty is called Pacific by Barry M in the recently launched Aquarium collection which contains 3 other duotones and 2 lovely looking glitters. Which surprisingly haven't been purchased for quite a while after the launch, probably due to the fact that previous duotones which have been tried haven't been all that impressive. This is not the case here. Pacific is a blue and green duotone which is also has a metallic shimmer running through it: 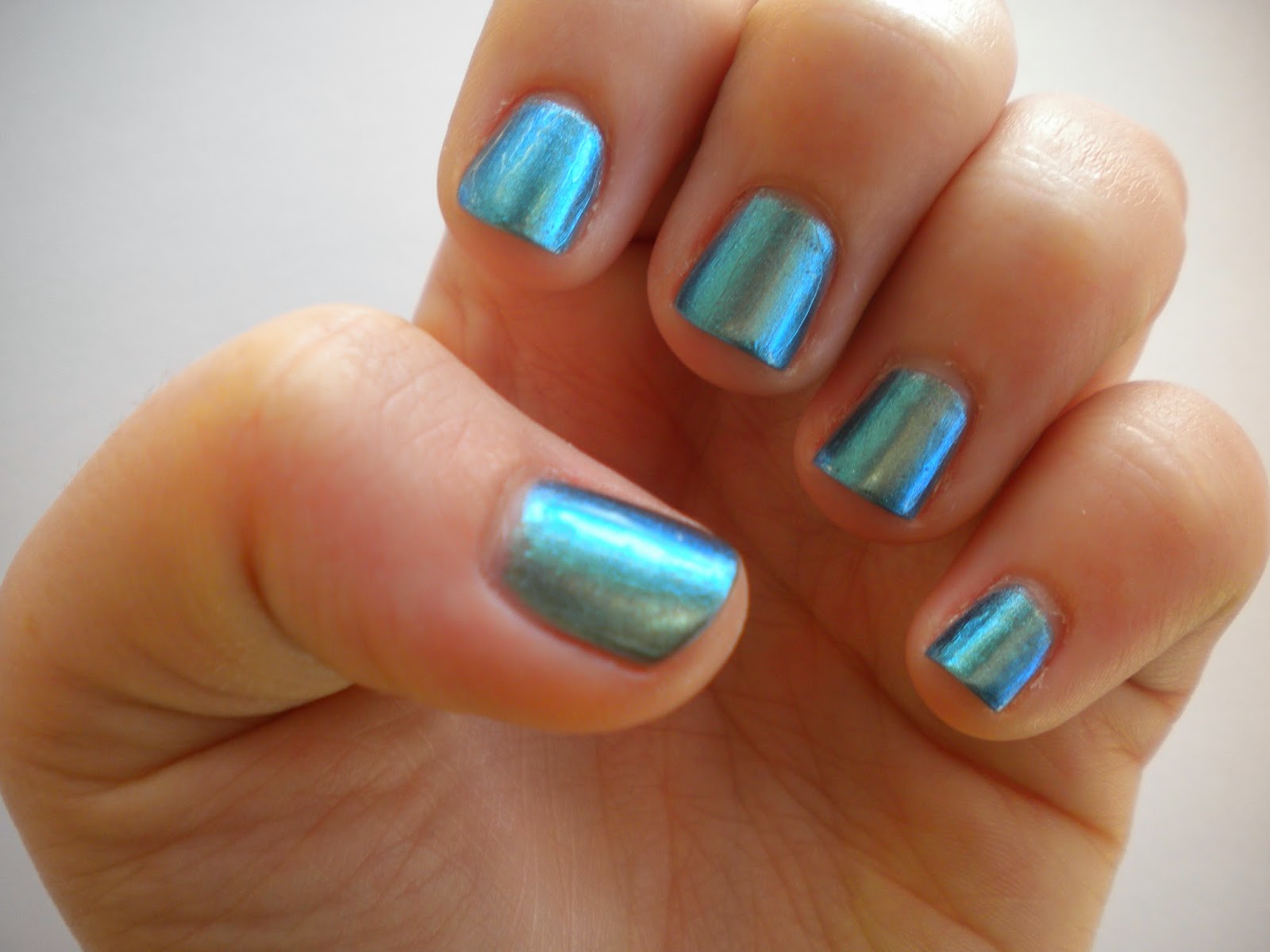 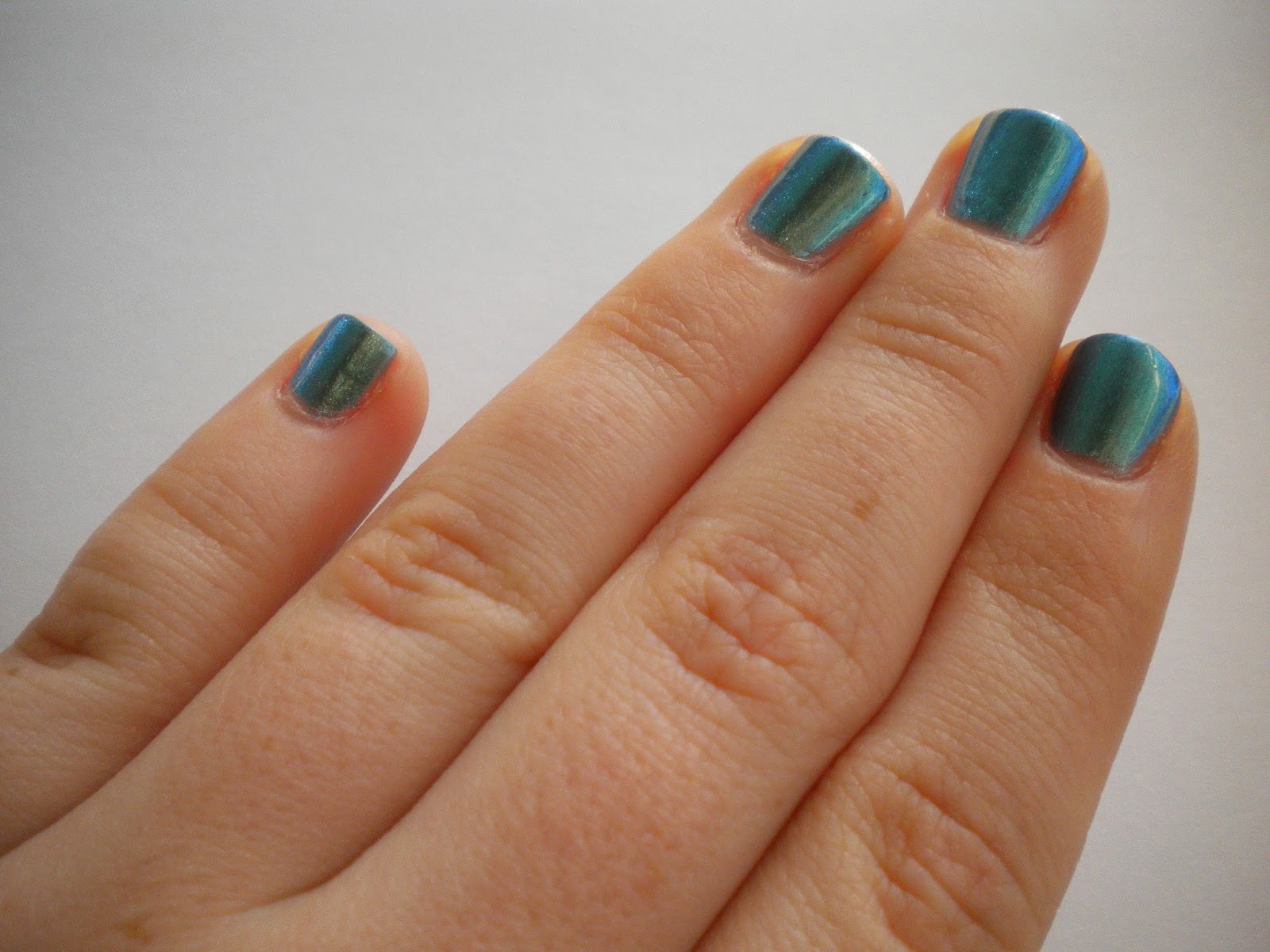 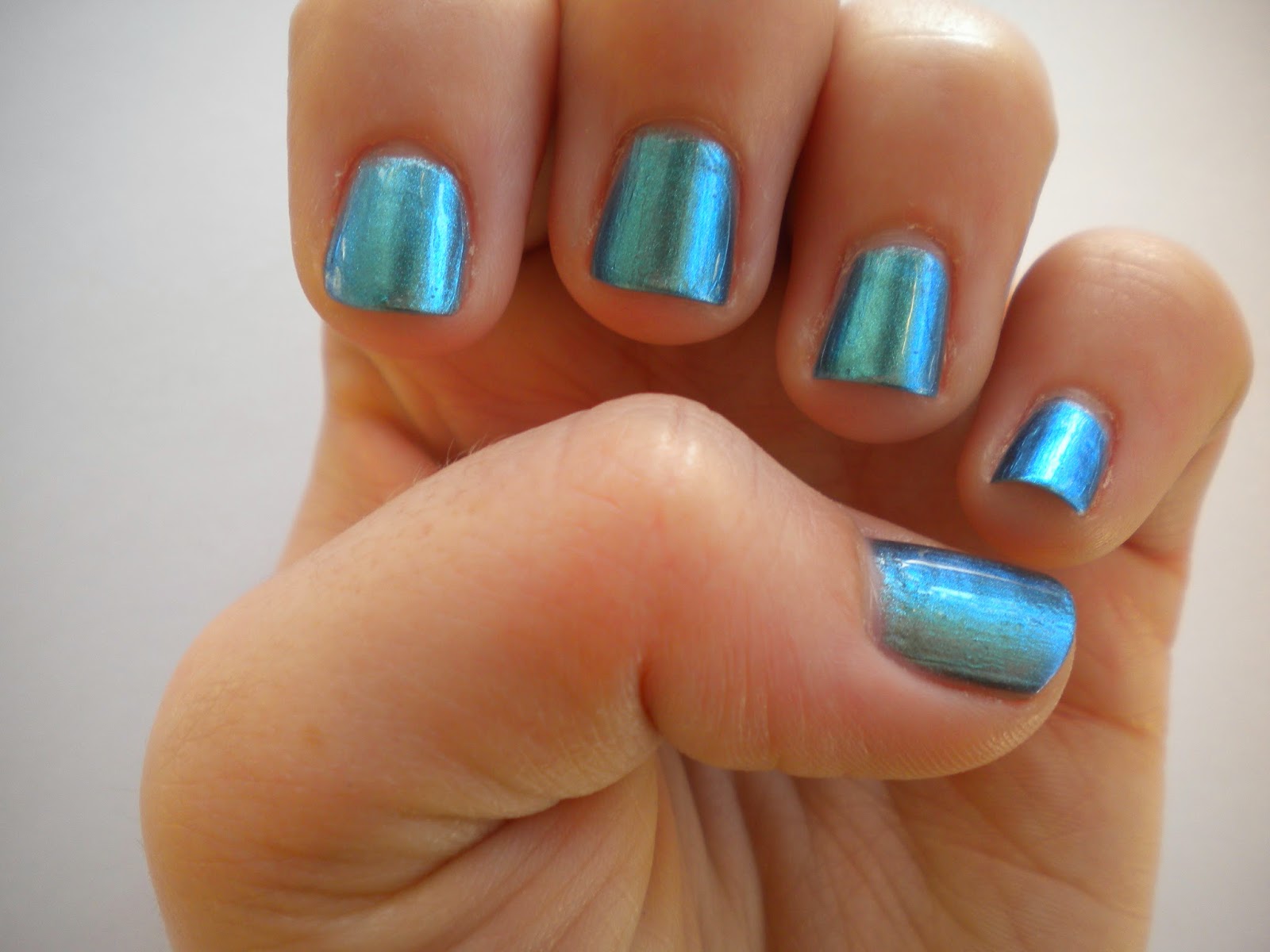 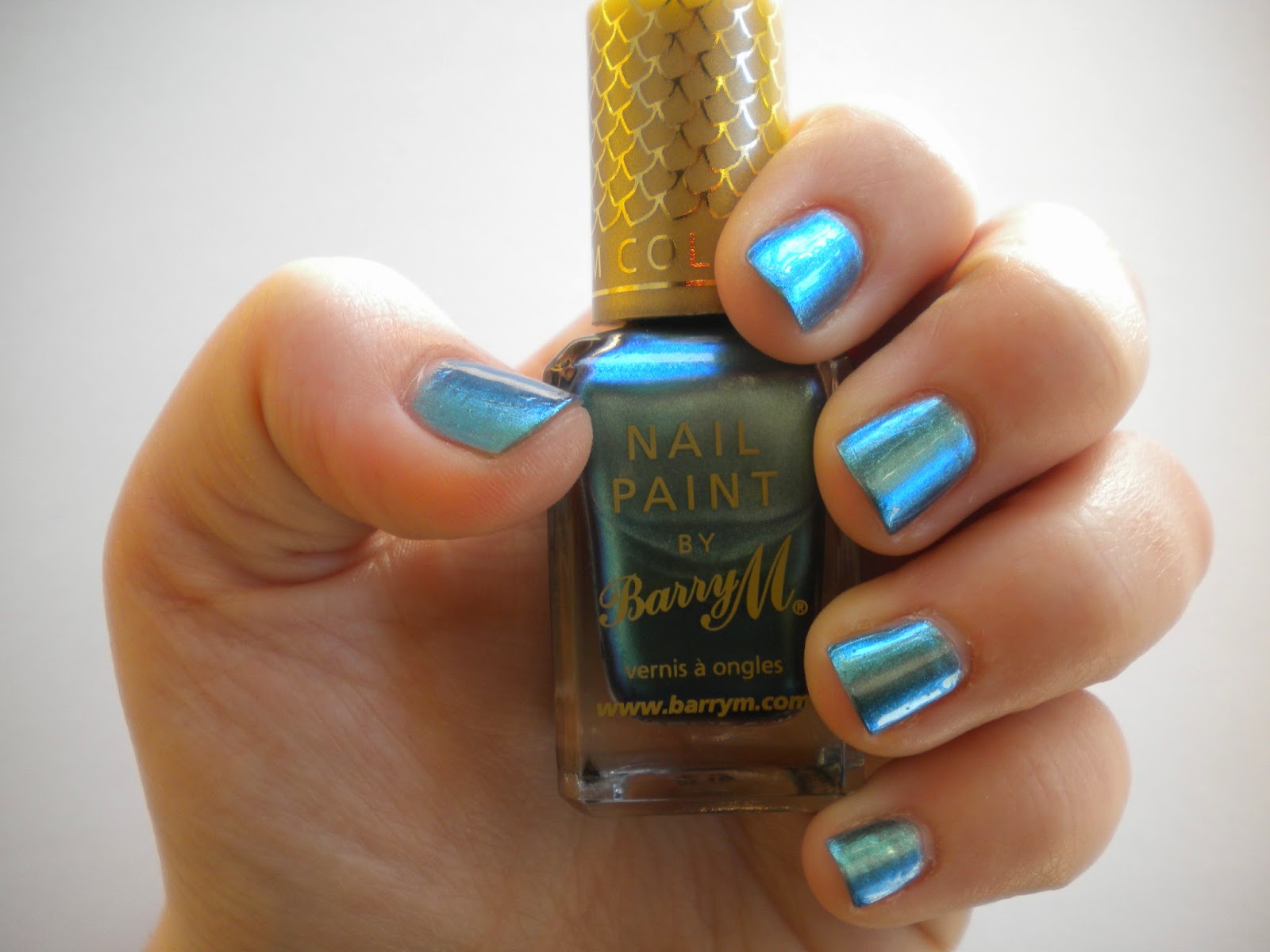 Appling Pacific was really really easy seeing as it had the normal Barry M brush which is perfect for slightly smaller nails as it's a good thickness without it going everywhere. It was a good consistency solution without any streaks or patches however it did need three coats as it wasn't opaque enough in two. Once the polish is applied, you'll fall in love with the colour and effect even if it does take one more coat than usual. More swatches from this Aquarium collection is certainly on the cards...﻿


An InLinkz Link-up
Posted by Gracithey at 08:00