A wish really did come true!!

Now the last post was about some wishes for nail polishes, today I went out shopping for some presents and general bits/bobs and managed to snap up some on the list. How weird is that!? 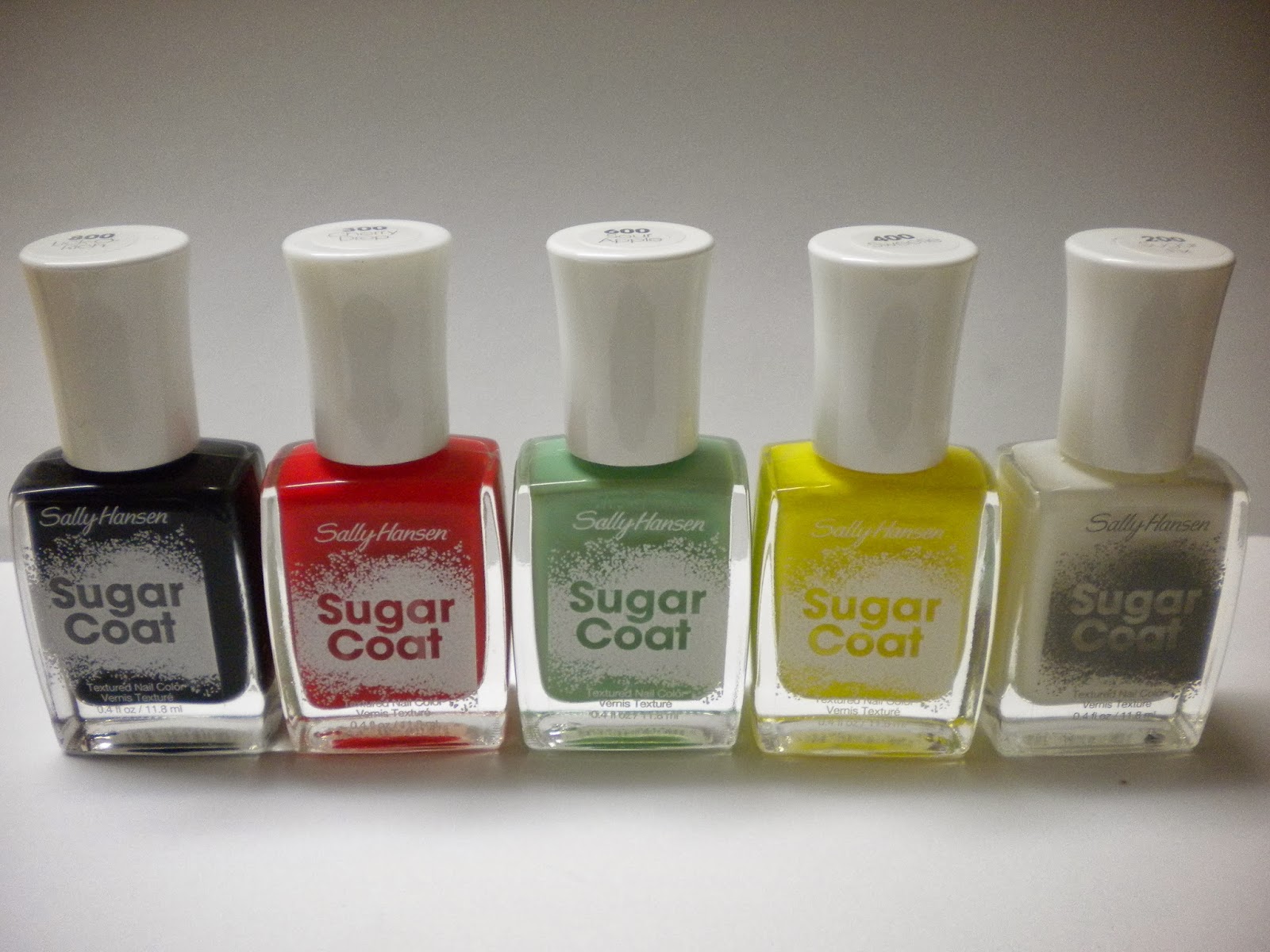 These are the hidden gems I found, I'll be doing a little mini series of doing two a week seeing as I don't want you guys getting loaded down with them or get bored! (Also don't really want to do them all at once - information overload.) Today's edition will be based upon: 600 Sour Apple and 400 Sweetie. So let's get started!
First up is 600 Sour Apple! 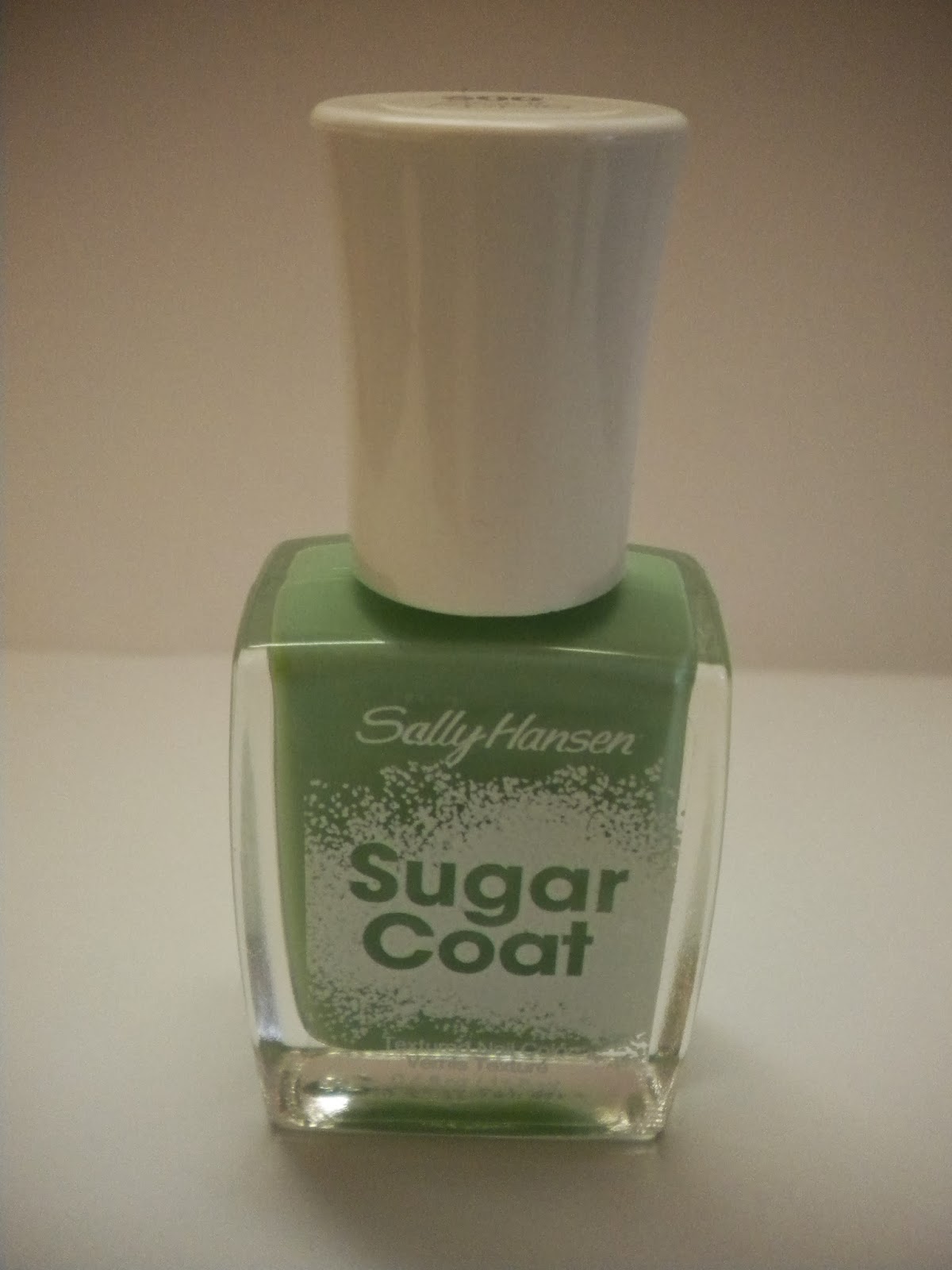 It's a lovely looking colour as it's a light pastel green not too bright and in your face which definitely contrasts the other Sugar Coat nail polishes which were purchased. Into the first layer: 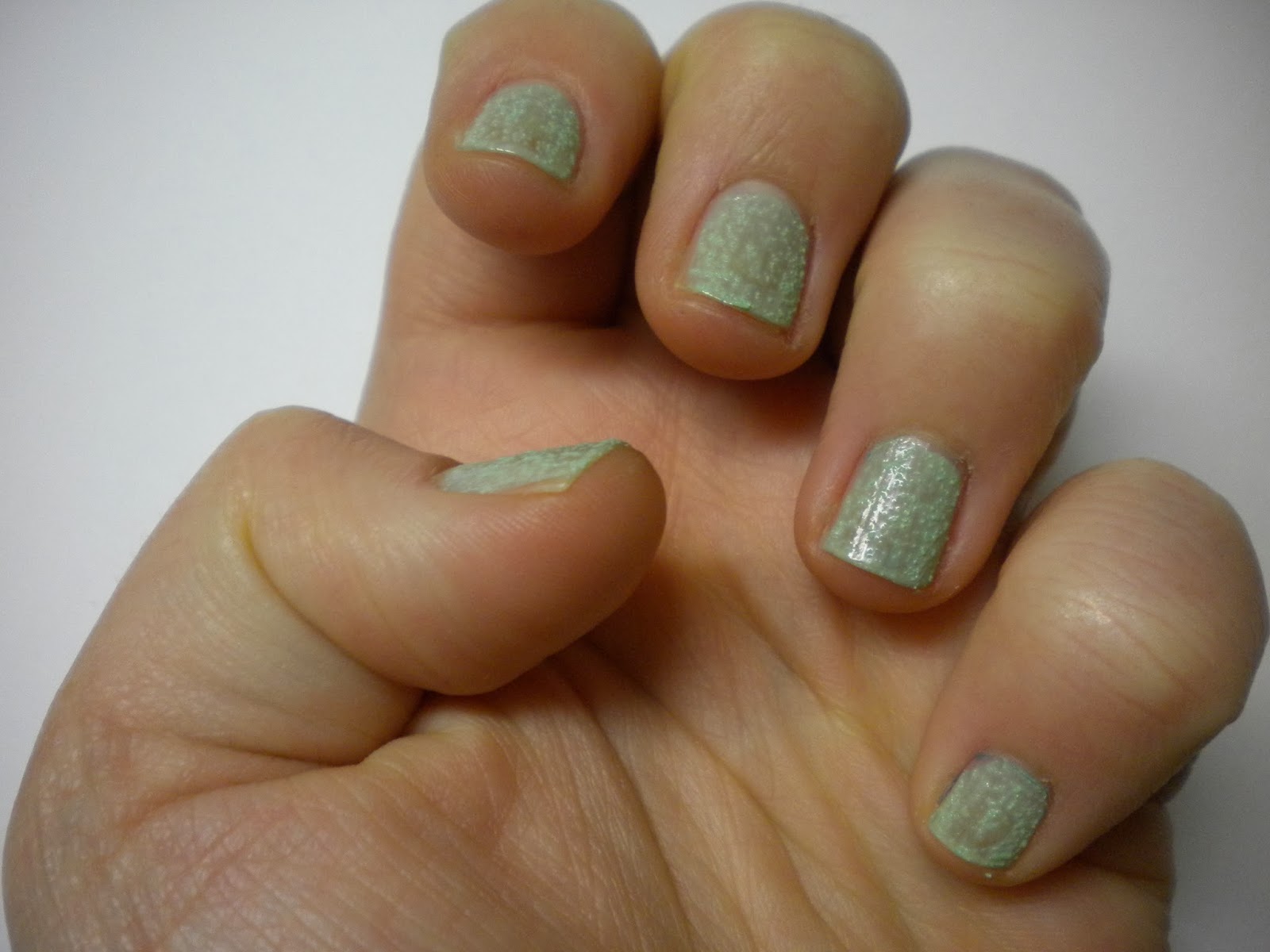 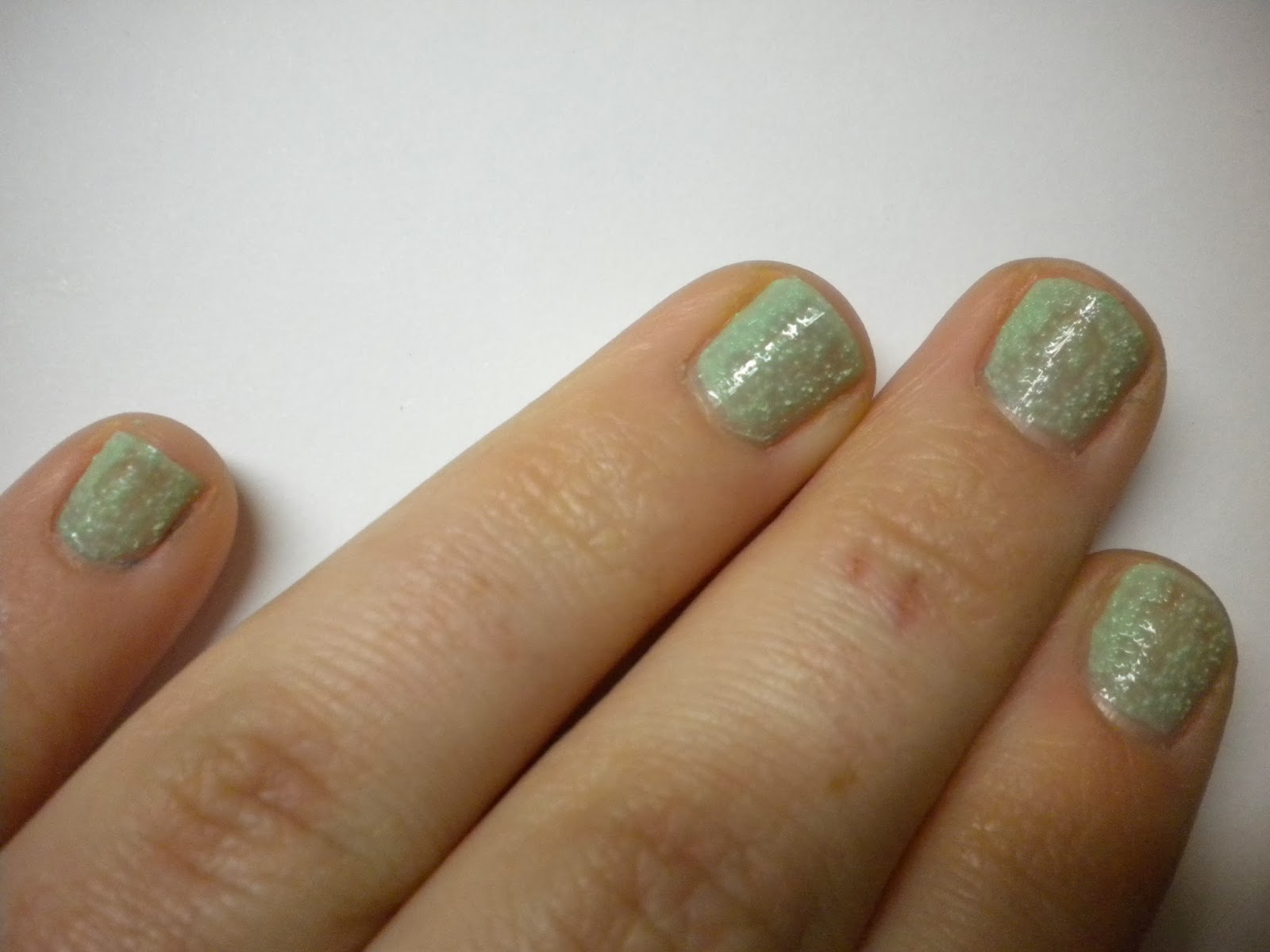 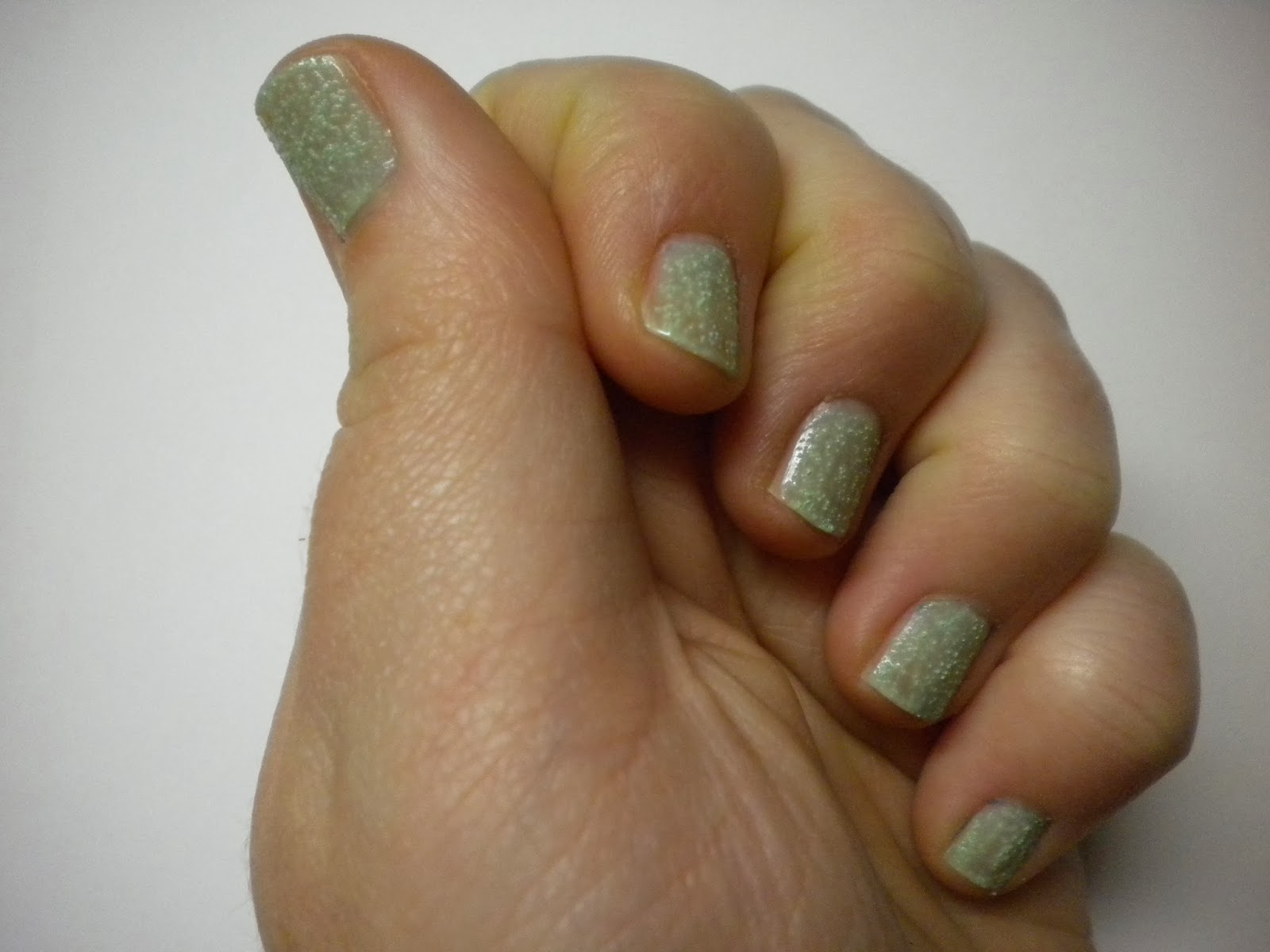 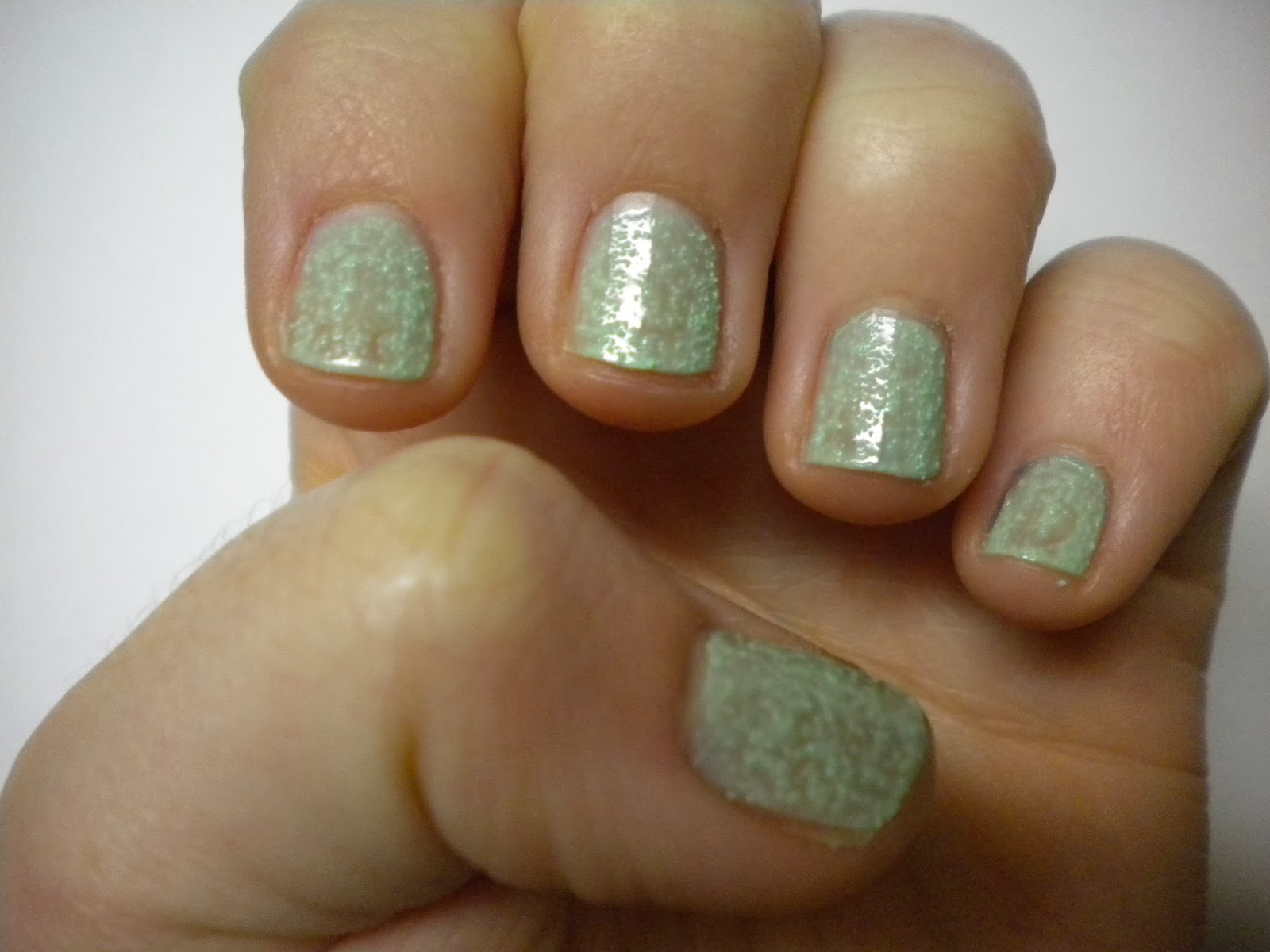 When applying the first coat, I had the realisation that this is a textured nail polish that are tiny little flakes which I have tried in another brand and hated it, so at this point there was a little regret for splurging so much! Applying the nail polish was much easier than I thought it would be possibly it would drag and have uneven coverage, yet this didn't really happen. Dry time of the first layer was fairly fast! Here's the second and final layer... 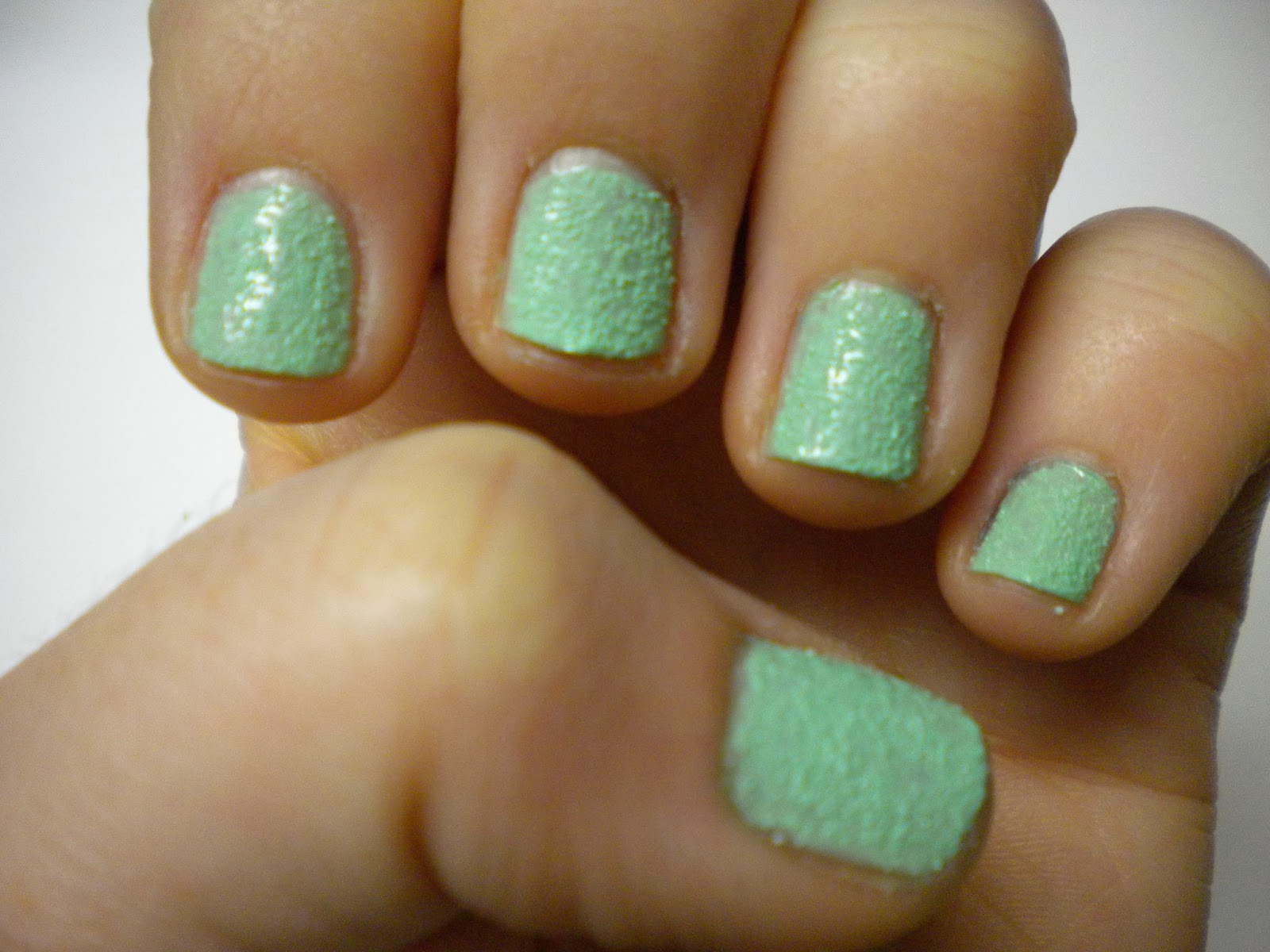 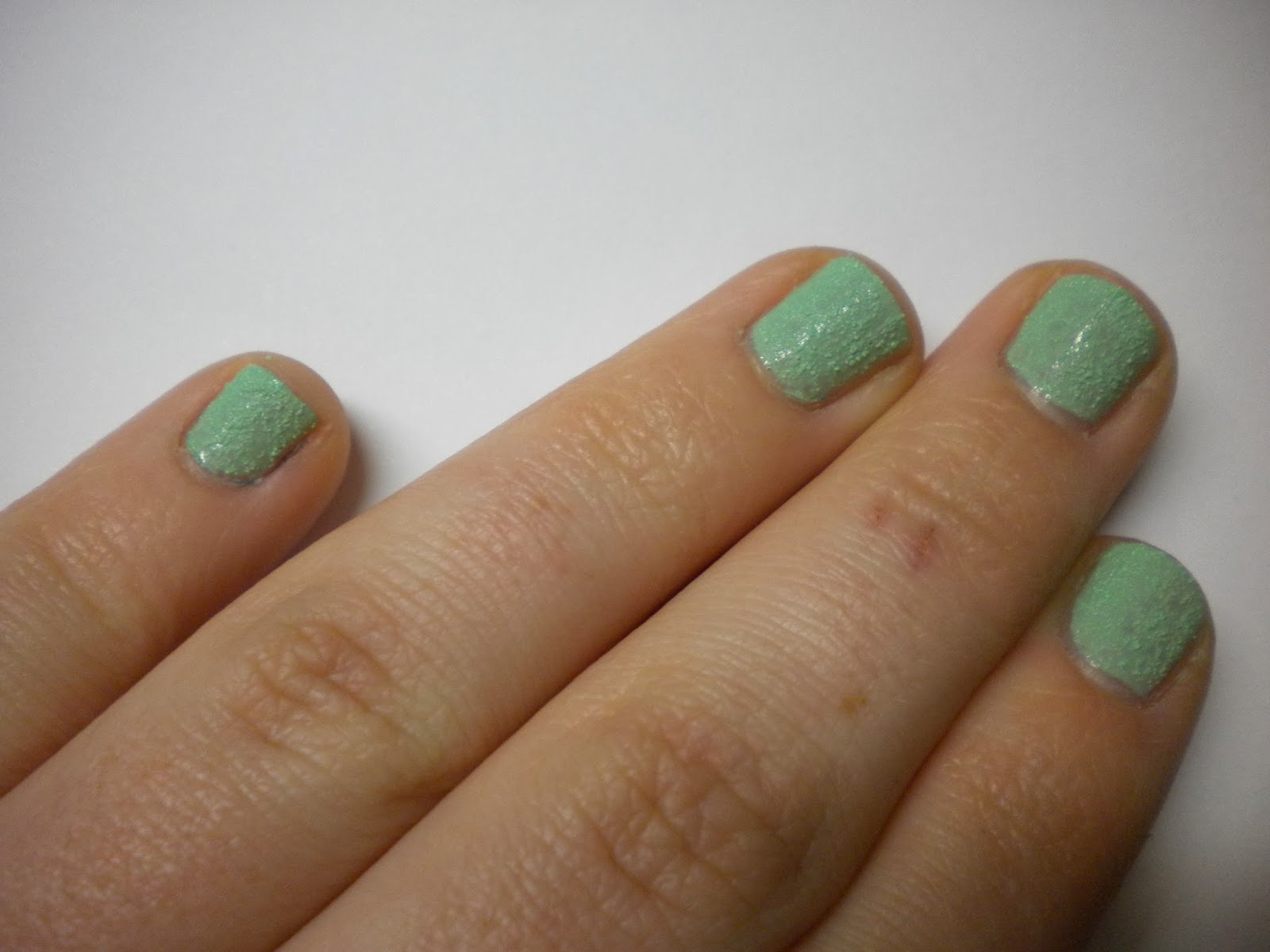 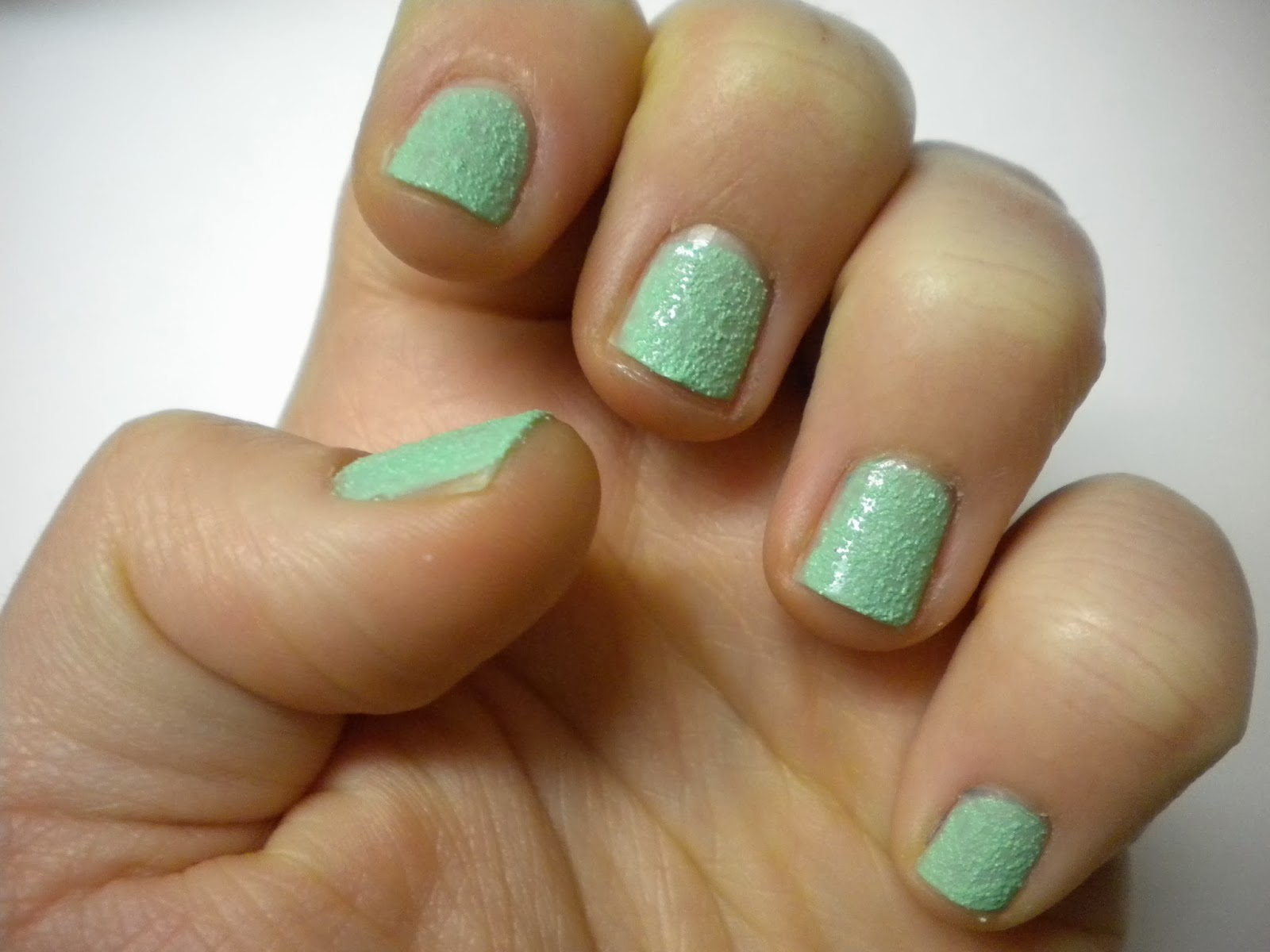 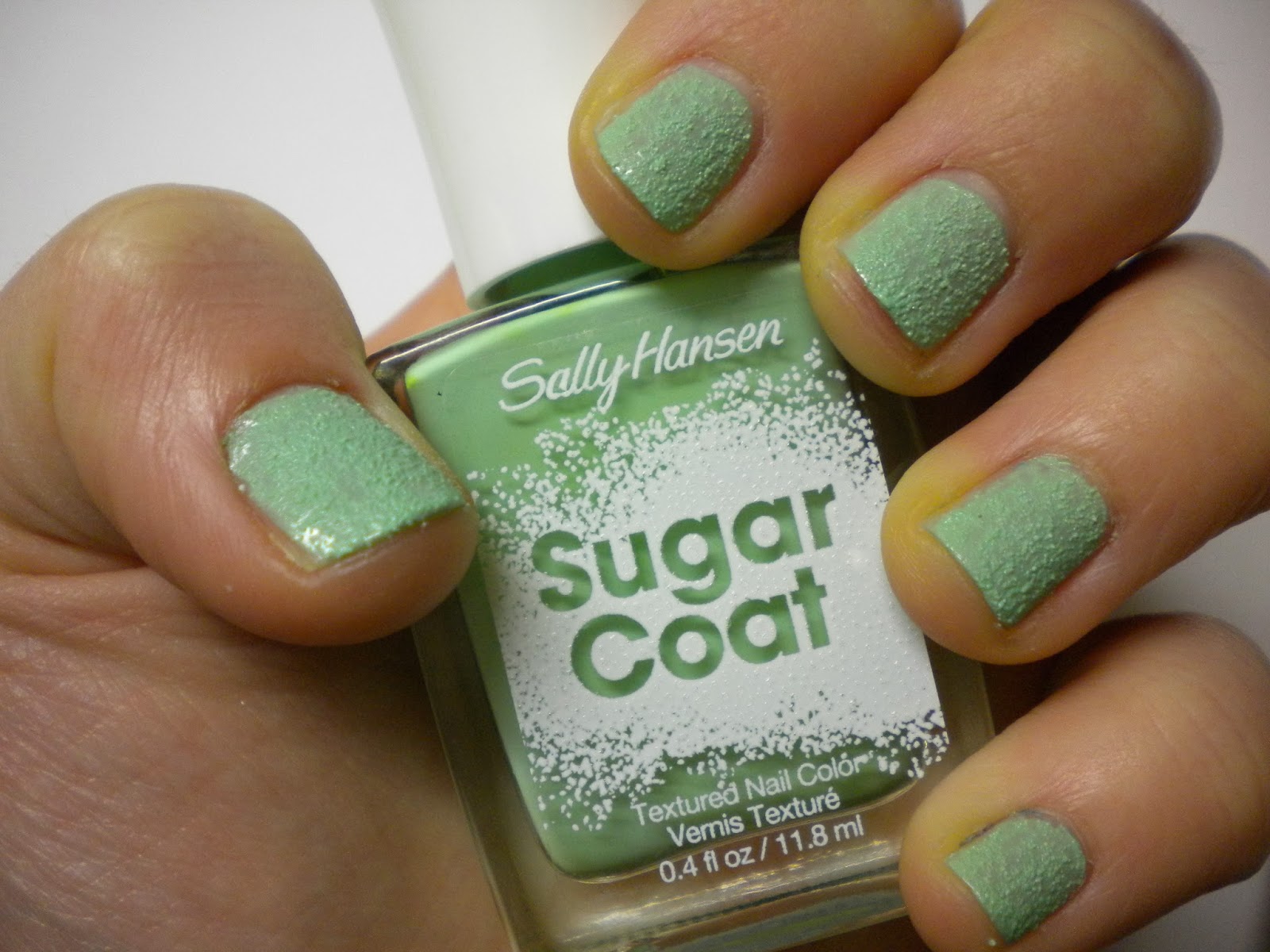 It's worked it's magic and came out excellently as it should do, definitely even across all the nails and no streaking or dragging areas. Very texturized when you run your fingers across the nail, as well as a really opaque colour. Pleasantly surprised with this one and starting to love the effect.
As promised earlier the next nail polish in this review is 400 Sweetie. 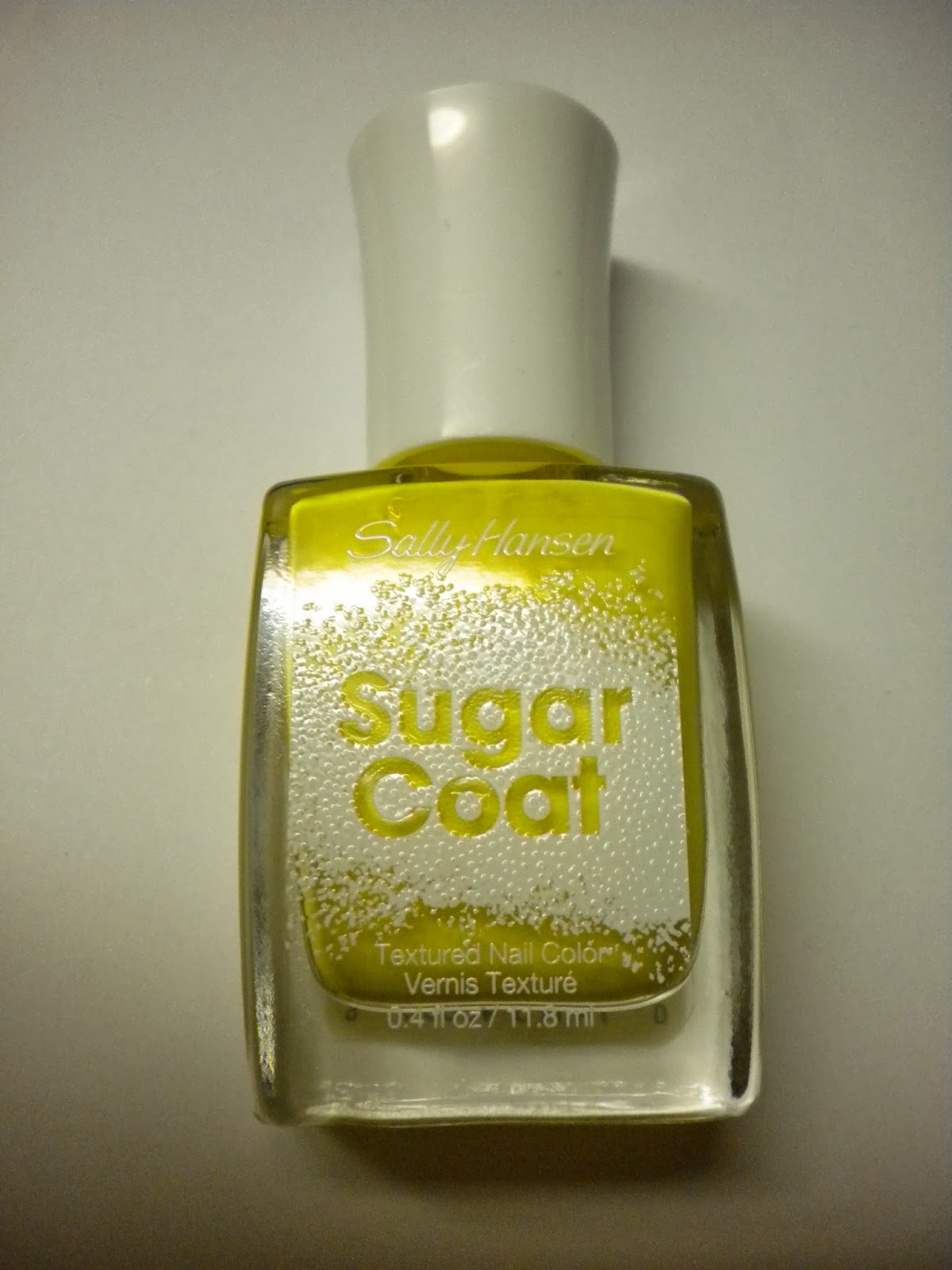 Now this also appears to be a yellow pastel when inside the bottle however it appears to brighten up when applied to the bottle with still good coverage across the nails! Isn't that so cool!? The solution of this Sugar Coat is the same as 600 Sour Apple which is always good having consistency across the collection, therefore as easy apply each coat. Here's the first coat. 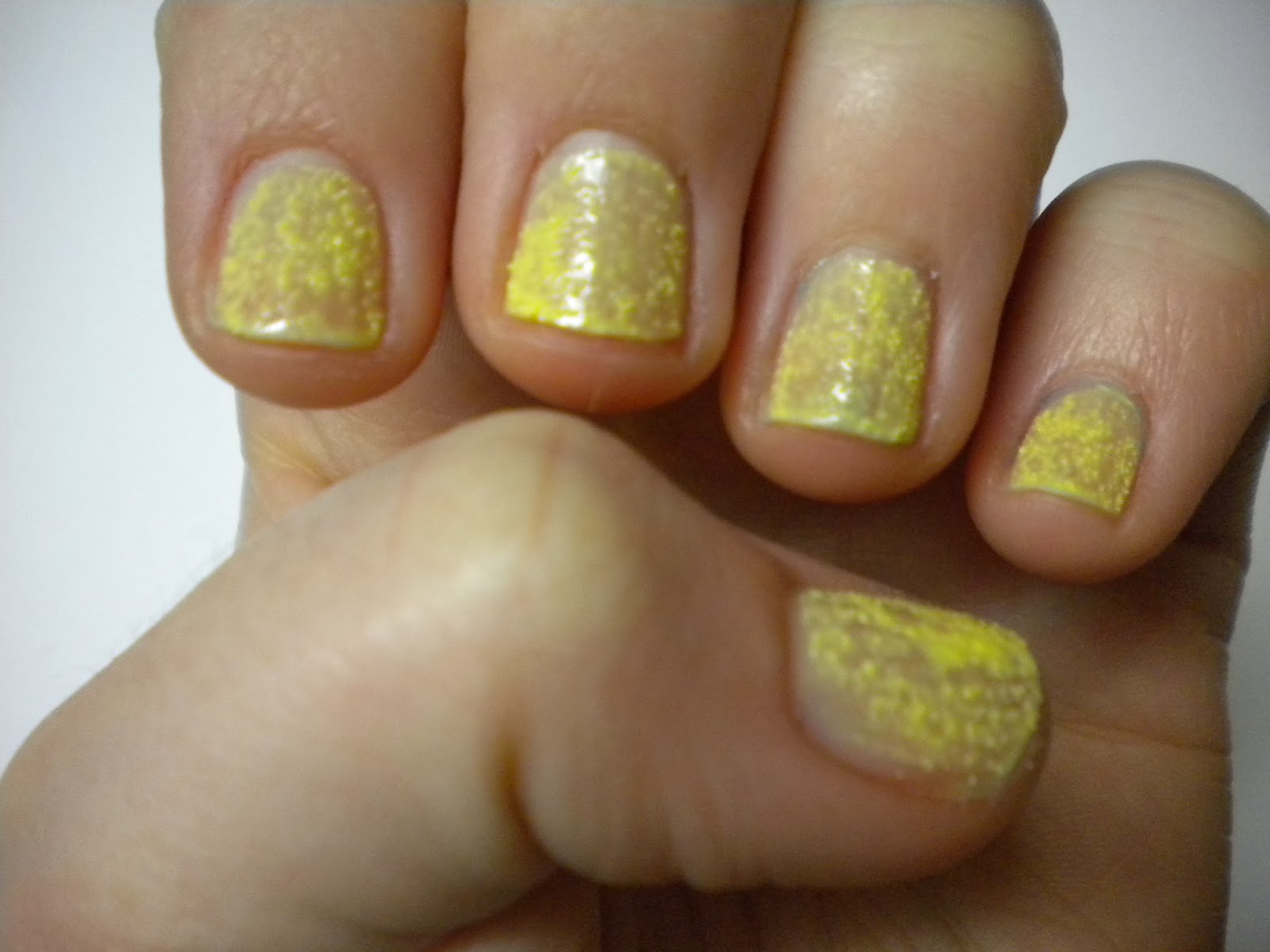 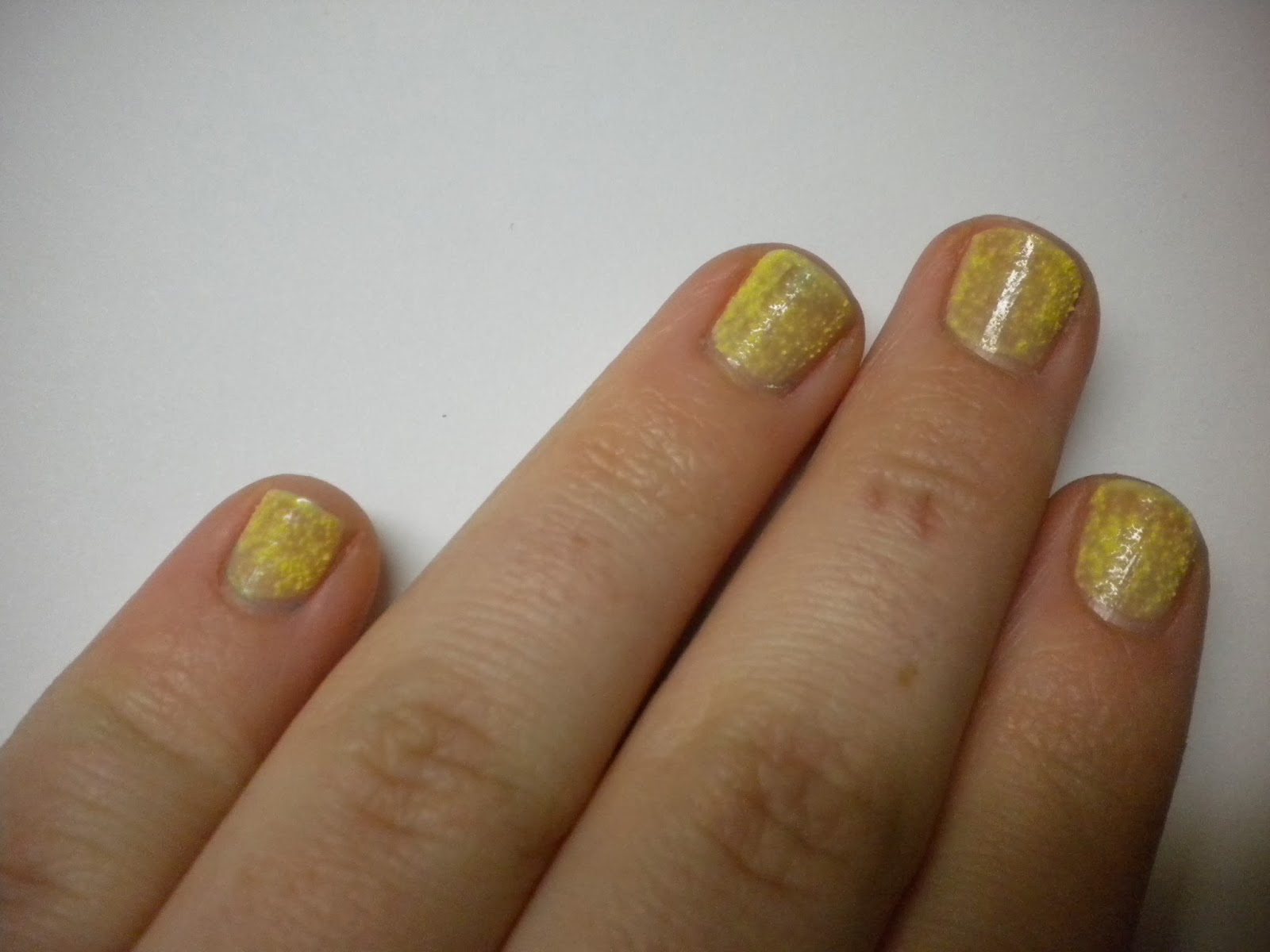 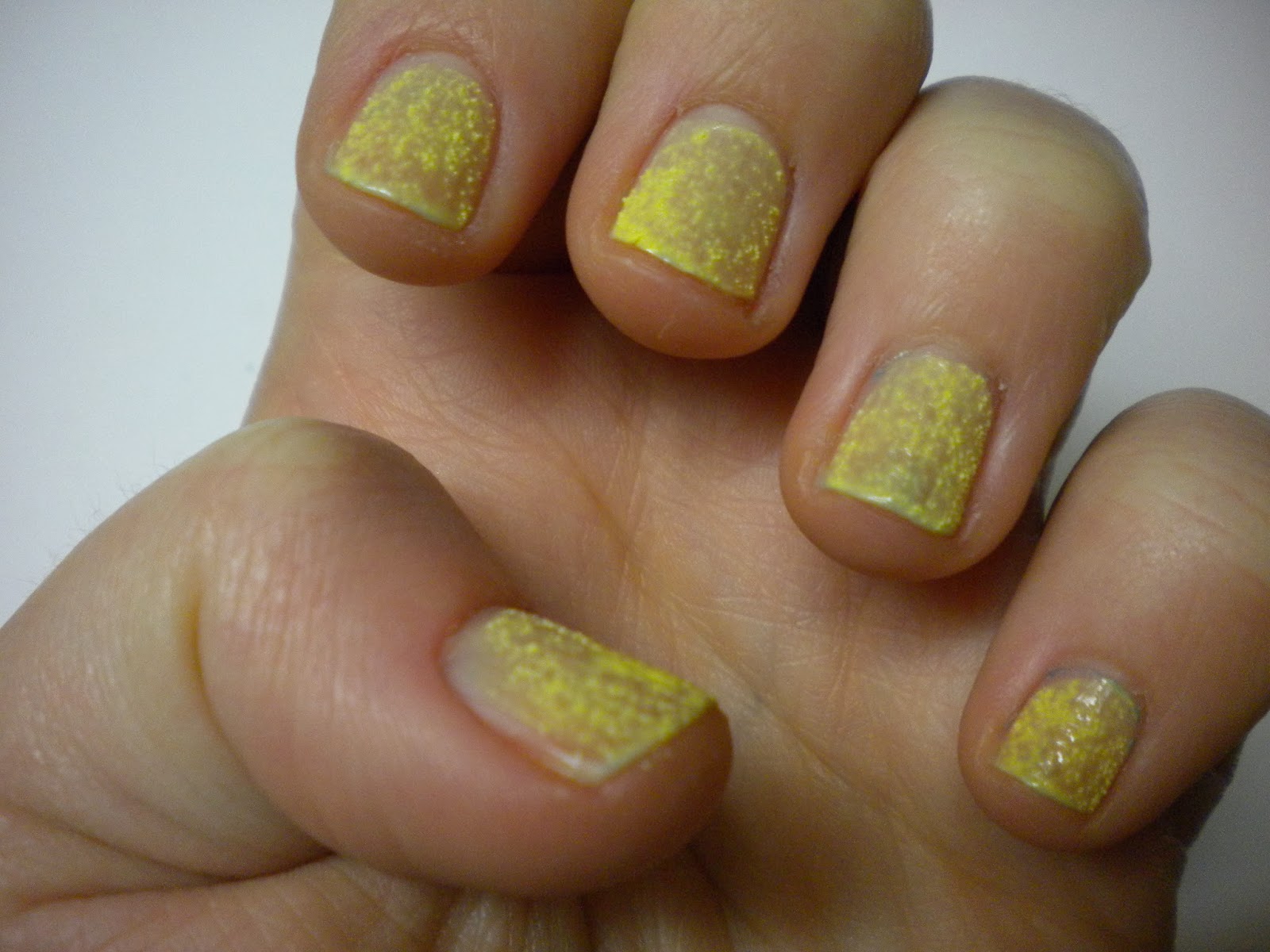 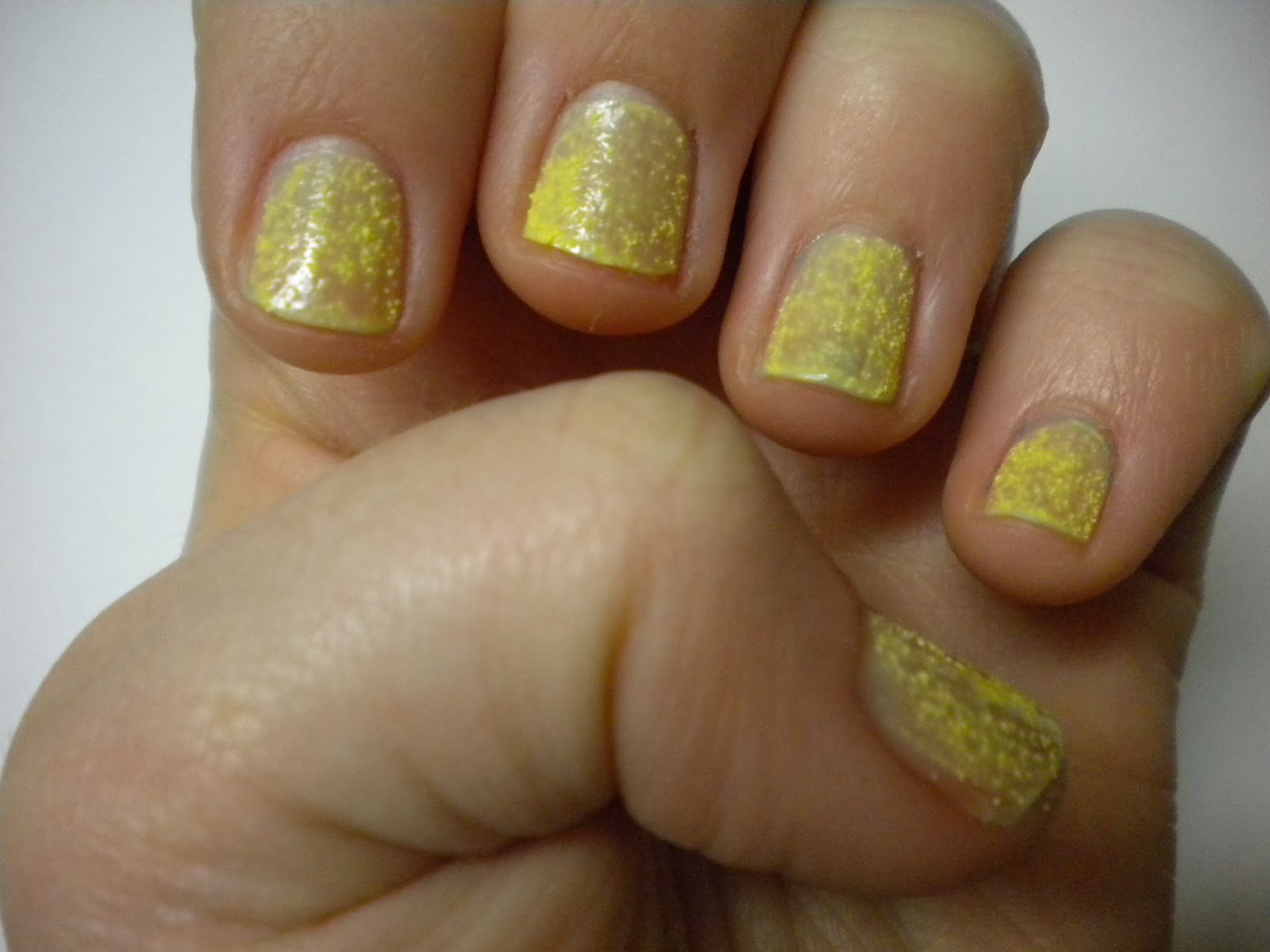 Admittedly it doesn't look that great with this layer as the coverage doesn't appear to be even across the nails but I promise it does improve dramatically. The brushes that are in the bottles are really nice shape making it simple to apply nice neat coats, it's only because my hands are quite small that it's a tad tricky on my smallest finger. 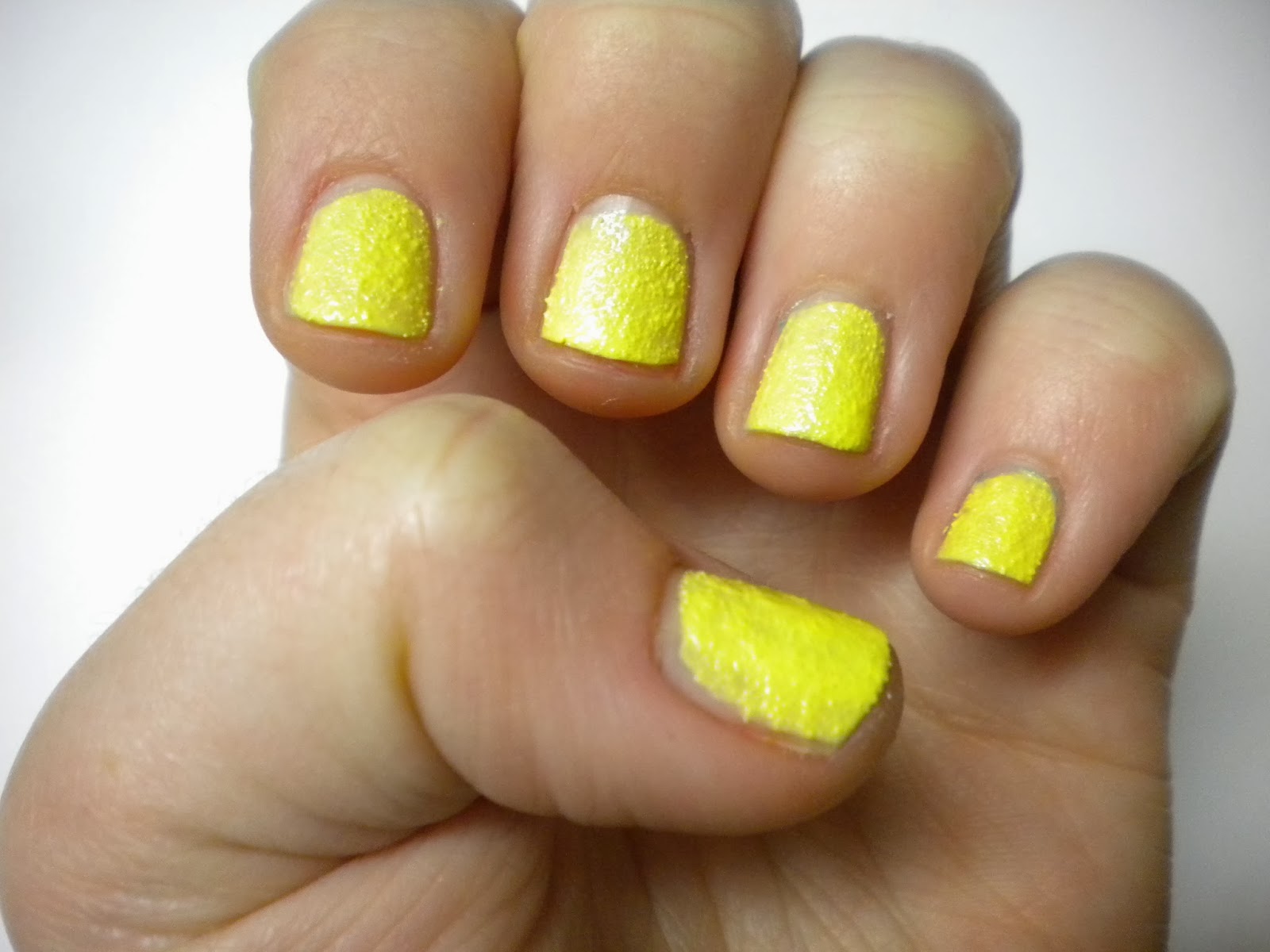 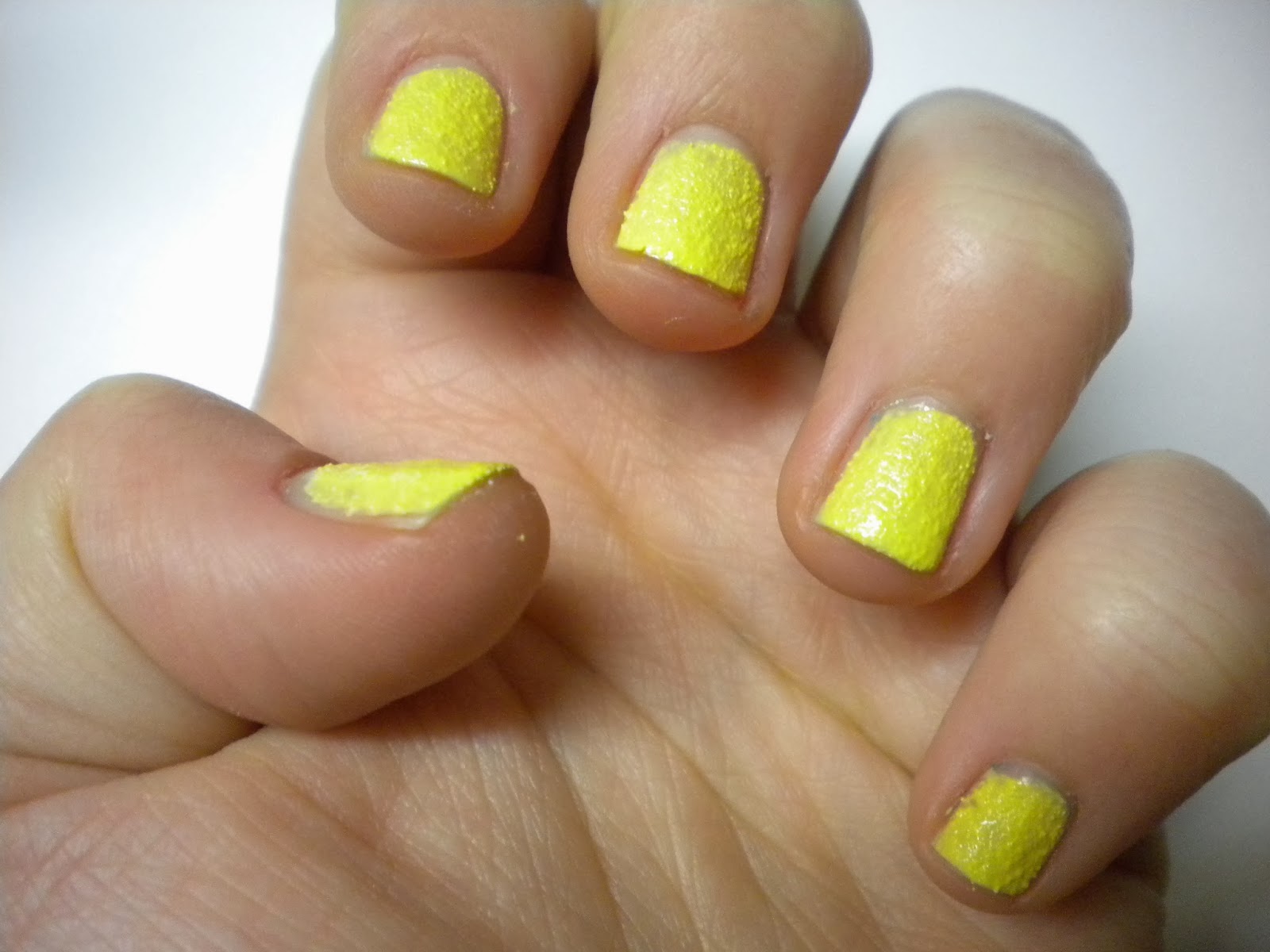 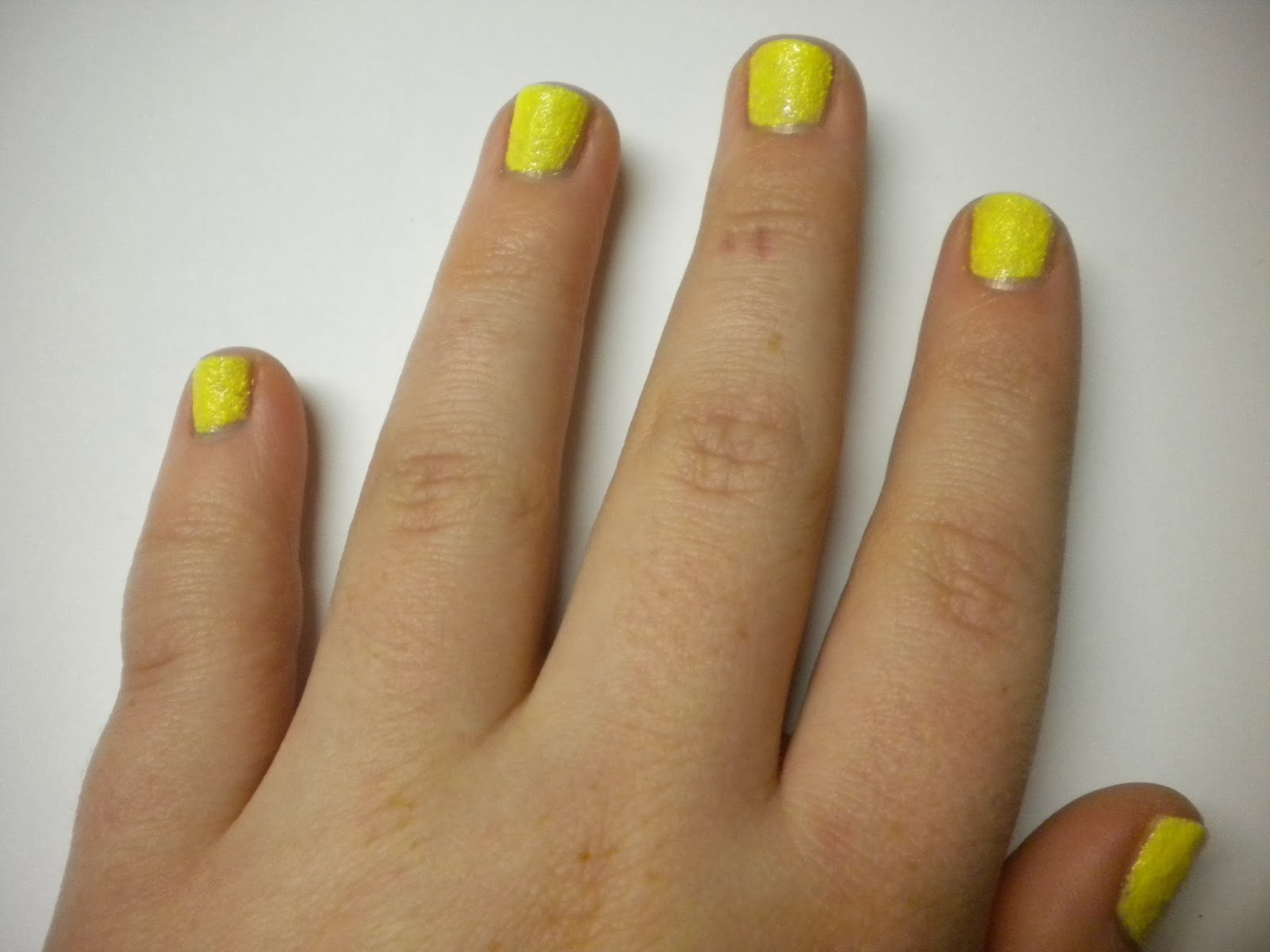 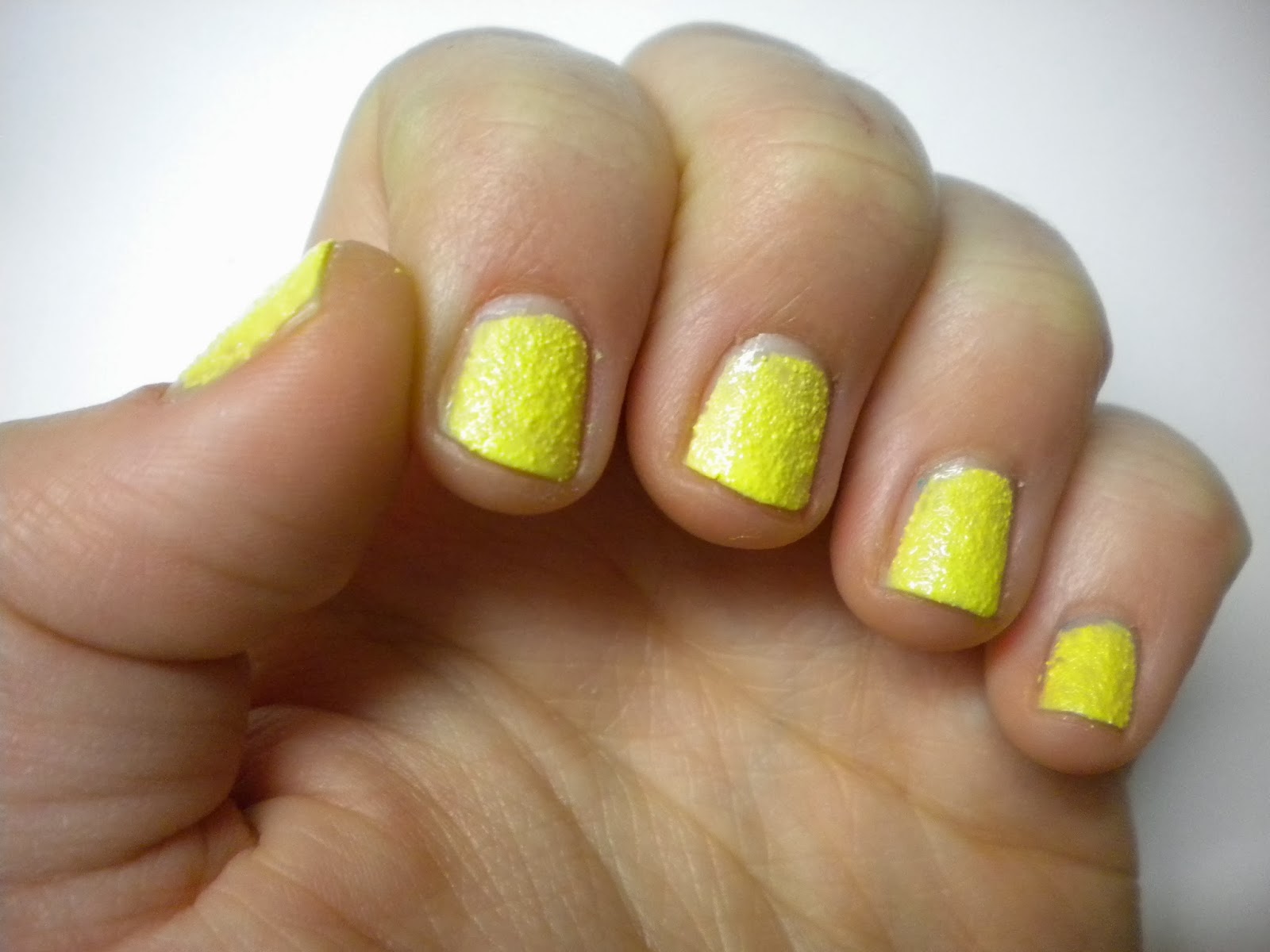 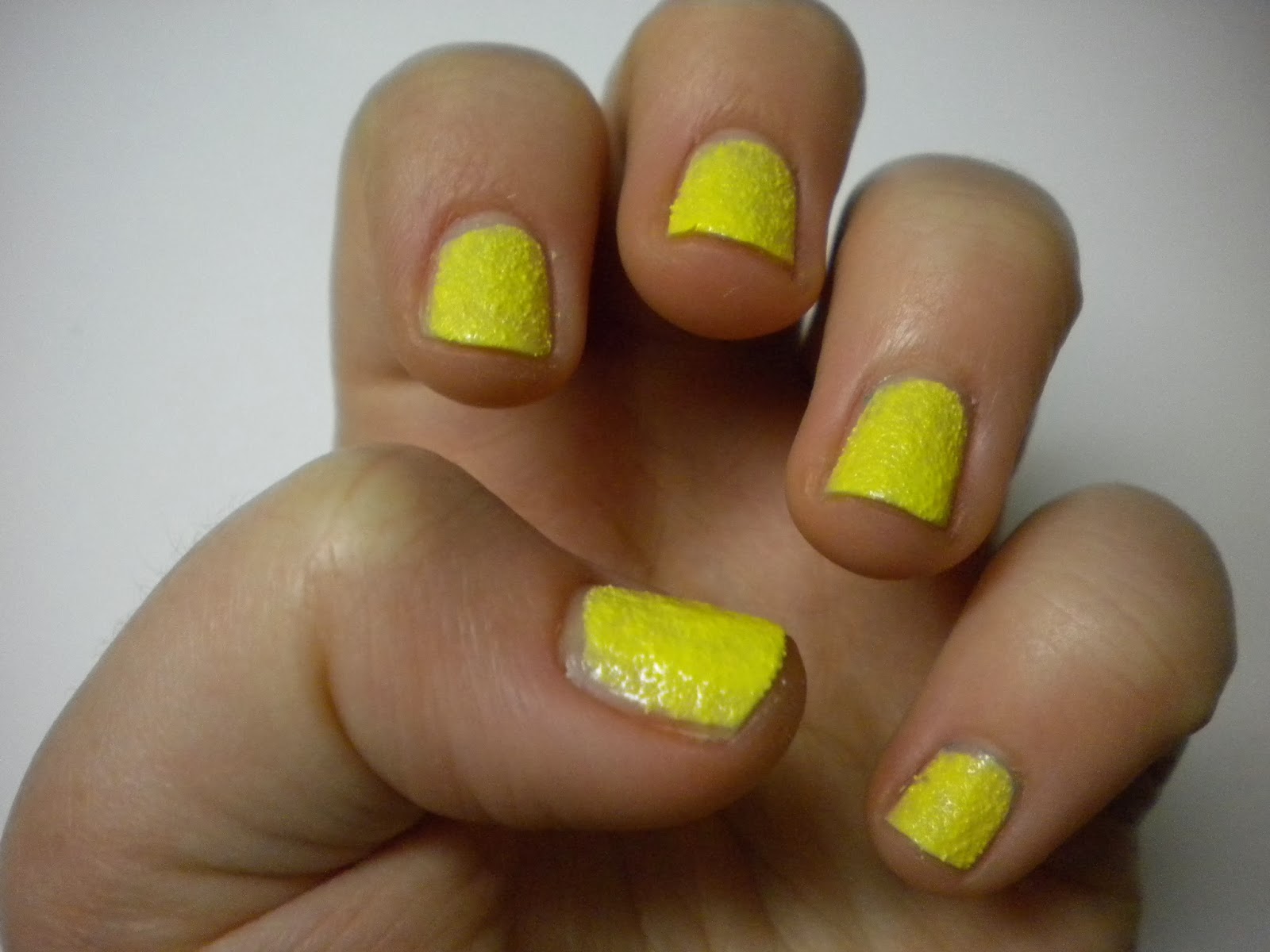 That's now a tad brighter and very much evenly spread across the nails. It's a little less pastel in tone as it's a little neon now but not by much. The effect has also evenly spread which means no really bumpy parts and others not so, definitely makes the nails appear if they have layer of sand over them which is really growing on me as I am applying each colour in the Sally Hansen Sugar Coat range. I'll probably love them all when I've applied every one...
﻿
Posted by Gracithey at 03:18