Another nail polish shopping spree - in the £1 shop...

Here I am again talking about the wonders of the £1 shops in England seeing as I have splurged in them recently - slaps own hand. But it's another one of those incidences that I so say couldn't help myself from buying them seeing as they only cost £1 whereas they normally retail at around £6.49. So do you want to see the loot I got? Here you go and also whilst I am doing so I'll show you the packaging they came in so it gives you guys a heads up. :) 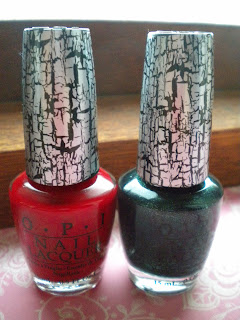 Obviously I realise that these products are reduced due to the fact that the brands have new lines out, yet they are still perfectly as good! Also I am by no means bragging about the stuff I have. I just think that showing you this and the packaging will help you guys find your own. These OPI nail crackles (Red Shatter and Shatter the scales) have already been featured, being really good and easy to create different thicknesses of the crackle meaning more effects. These were packaged in clear plastic bags which they were going to be shown in but I lost them (I am very clumsy!) 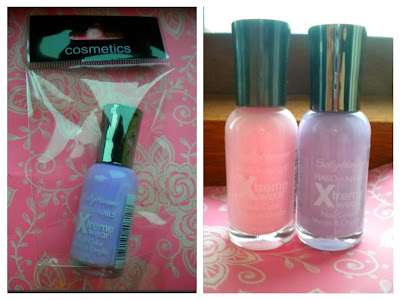 Another well known brand, Sally Hansen! These colours aren't exactly this seasons colours but this seasons colours wouldn't be at a £1 each. All of the nail varnishes will be officially reviewed for you lovely people, they have been tried and they give good coverage and colour. The package was clear with cosmetics text at the top, when buying these I looked like a member of staff seeing as the whole stand had to be rearranged to get the great colours - Berry Juicy and Lacey Liliac. 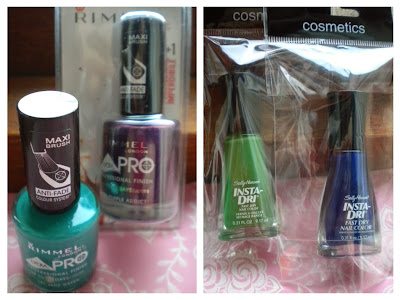 I have found the Rimmel﻿ Pro varnishes before in other shops as they were really great to put on your nails seeing as they went on easily - not gloopy and very even, therefore I jumped at these when they were in great colours. These colours are Jade Green and Purple Addict (I am definitely am one!) These came in the annoy plastic packages that you have to cut open but still had their own label so quite easy to spot. In addition to this is a load more Sally Hansen in another older design of packaging but brilliant colours (haven't tried them yet...) Colours are In Record Lime and Co-Bolt Blue which is very metallic. Similar plain packaging to these... 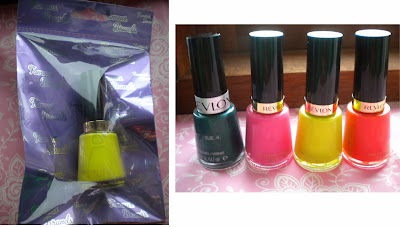 ﻿
I have to admit that I believe one of these nail varnishes is going to be a mistake... These are all Revlon nail varnishes mostly bright colours seeing as I am an addict to bright colours! They are; Emerald City, Sweet Tart, Siren and Zealous. However Emerald City says on the front "Matt suede" so I am not sure what it's going to come out like. Oh well it was a £1... 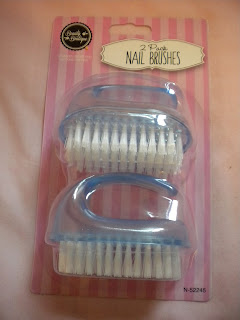 Last but not least, nail brushes for when your cleaning and pampering your nails beforehand. I will try and hopefully get a shot of the cosmetics in my local £1 stores to show you even further but I can't promise anything as they might think it's a tad weird. :)
Posted by Gracithey at 07:28

Email ThisBlogThis!Share to TwitterShare to FacebookShare to Pinterest
Labels: £1 Shop