Now this lovely colour was added to the collection in present format probably because dark red is such a brilliant colour but this one isn't such an in your face bright red! It's much lighter but still opaque in colour when applied.
﻿ 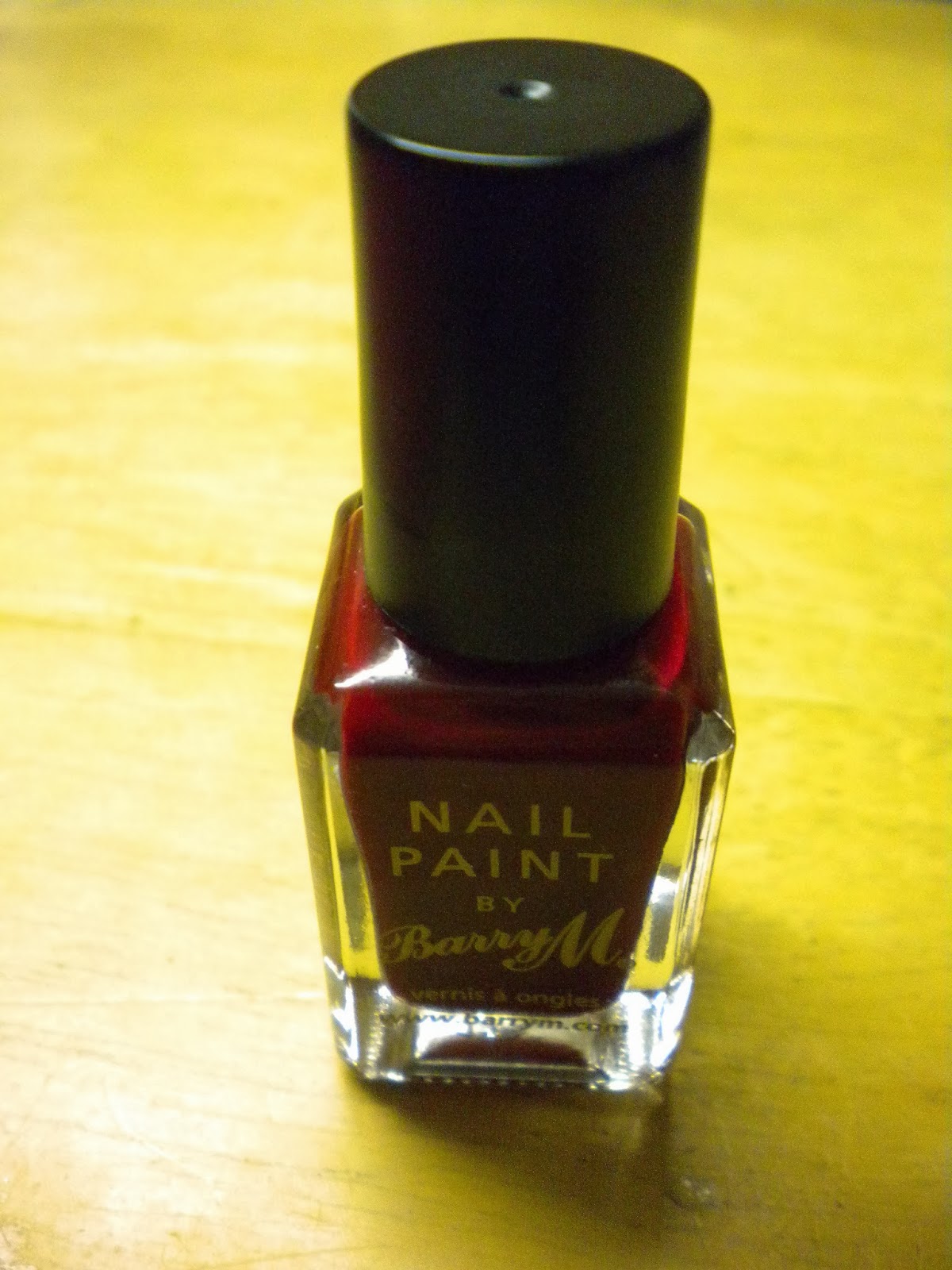 This nail varnish is called Red Wine which gives major hints as to the type of red colour it is. Additionally Red Wine would be brilliant colour to contrast with another Barry M which I currently own ... Blackberry! So here's the first layer that was applied:﻿ 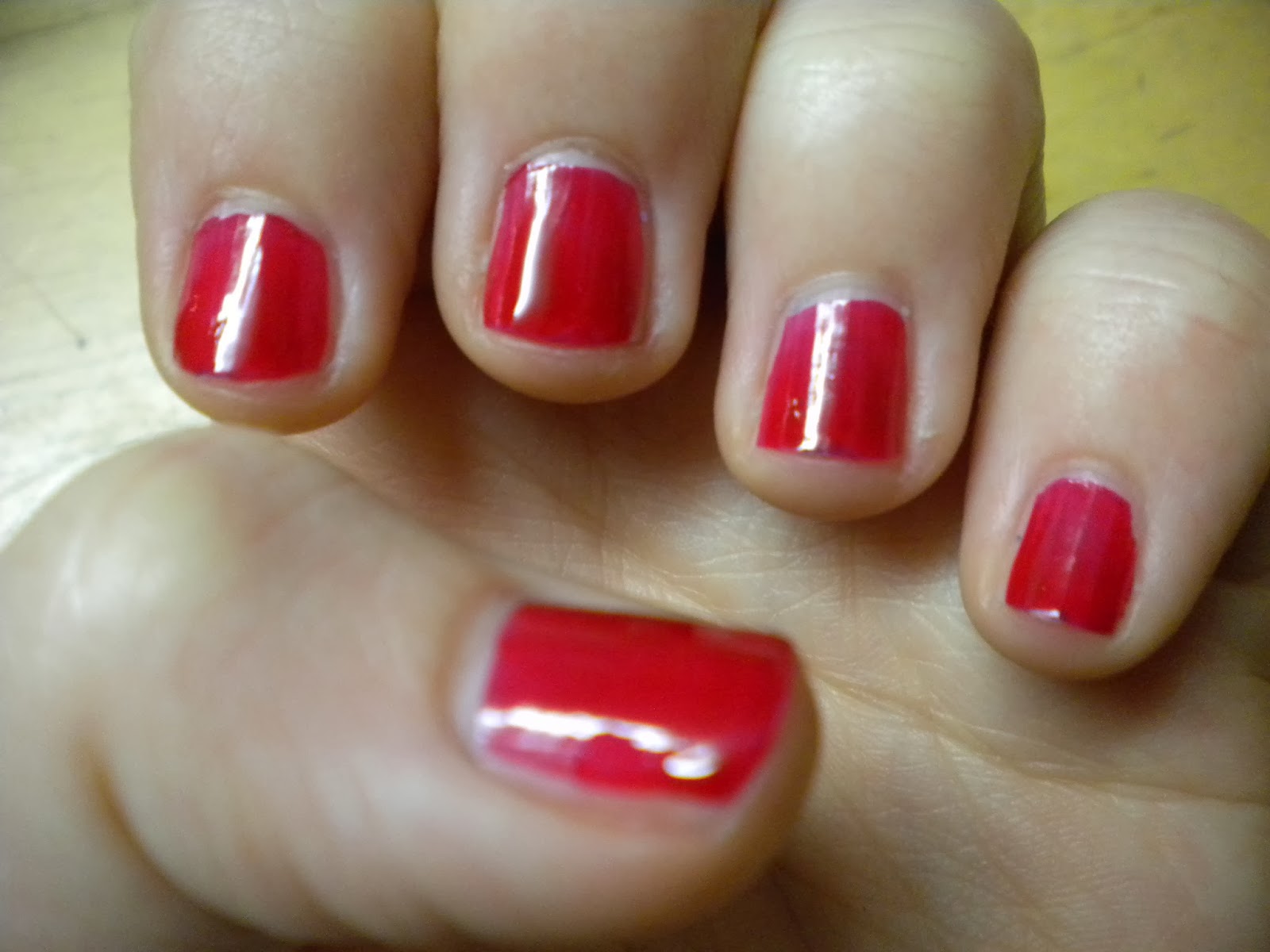 Admittedly this doesn't look all that great a colour with just the first layer but I promise it gets better later on. Applying this nail polish was done with ease seeing as the solution was perfect for painting on as well as not taking too long to dry which can sometimes happen with Barry M. Also the brush was lovely to use as it wasn't too thin or thick, as I do tend to have a certain preference on nail polish brushes.﻿ 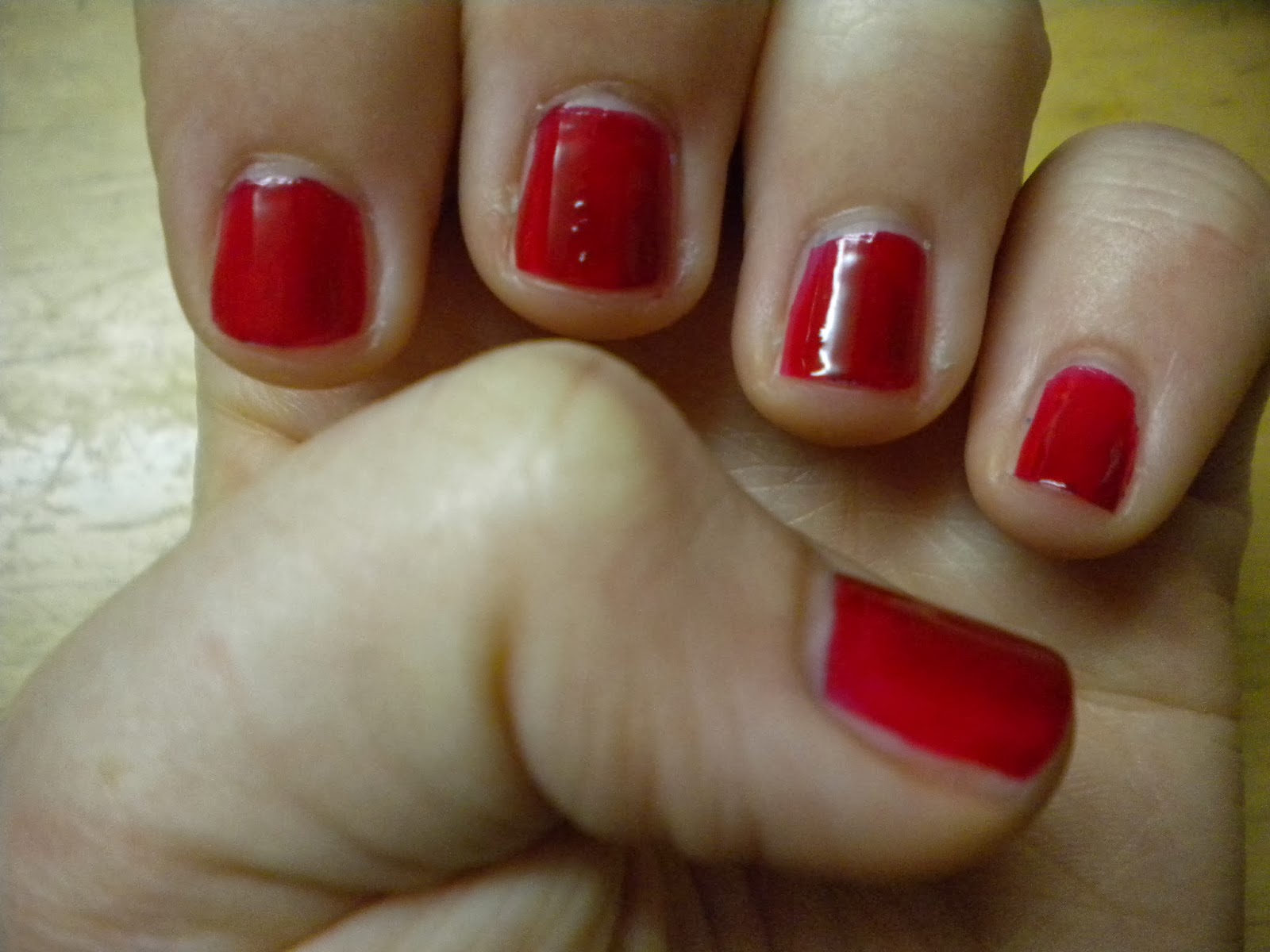 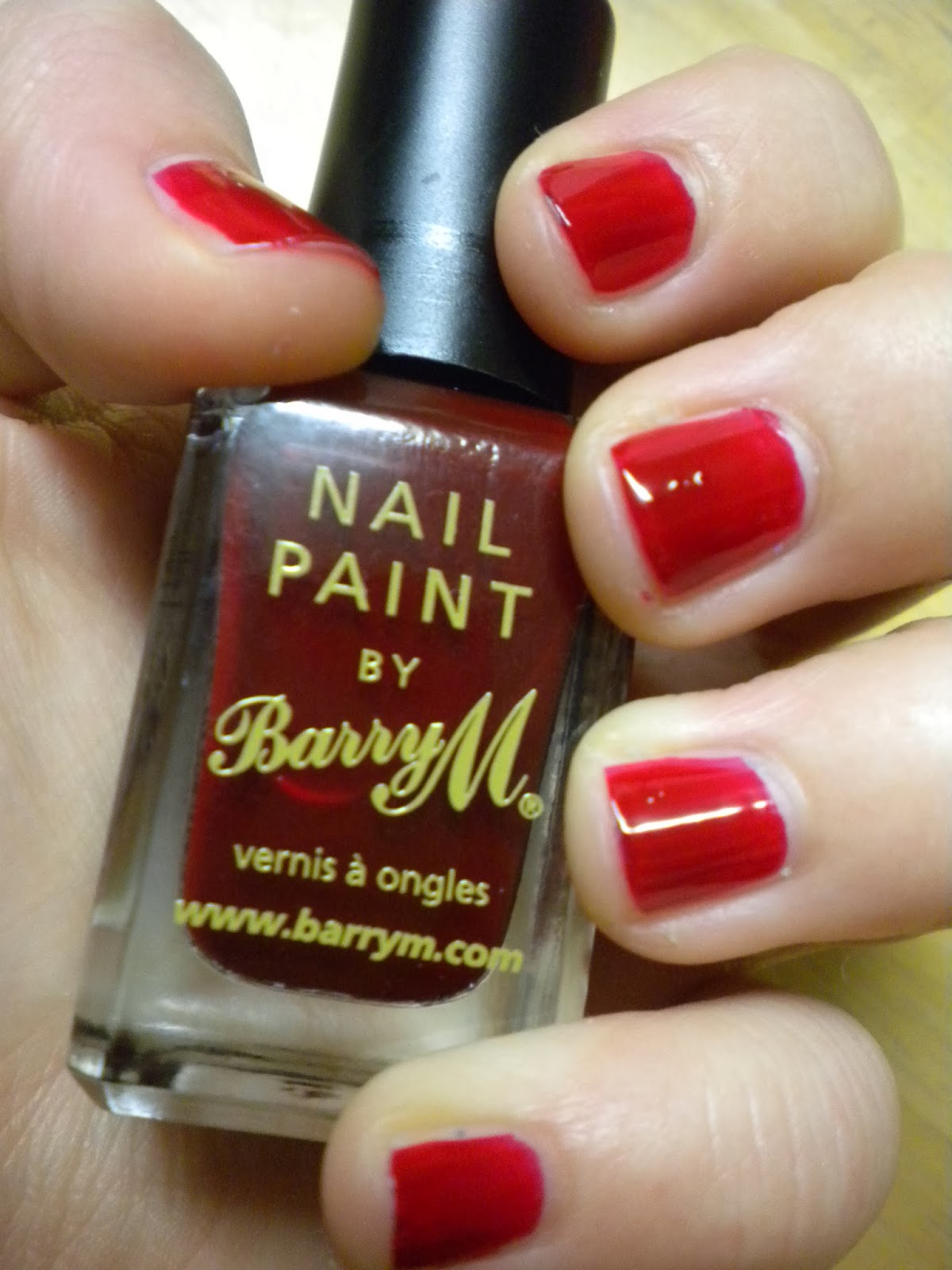